Manga Entertainment UK, who previously released the series on Blu-ray and DVD in the UK, describe the series as follows:

Madoka Kaname is an average 14-year-old girl who loves her family and friends. One fateful day, this all changes when she has a very magical encounter with a strange creature called a Kyubey. Kyubey have the power to grant one wish to chosen girls. However, in exchange, those chosen must become magical girls and use their powers to fight against witches, evil creatures born from darkness and catalysts of despair. Was this encounter by chance or fate? No matter the circumstance, this will surely change her destiny. This is the beginning of a new magical girl story…

Animated by the renowned Ufotable (Garden of Sinners), Fate/Zero is an action-packed fantasy adaptation of the novel series prequel to Fate/stay night. The series tells the story of the Fourth Holy Grail War and Kiritsugu Emiya, who influenced the events of the popular visual novel game. MVM Entertainment, who released the series on Blu-ray and DVD in the UK, describe the series as follows:

The story starts from zero: beginning…

The Holy Grail War – in this ultimate battle field, in order to obtain the power of the “Holy Grail” that grants any unattainable wish, seven Masters summon Servants and fight against each other until the last one survives. The untold truth of the Fourth Holy Grail War that occurred 10 years before Fate/stay night is about to be revealed!

Gen Urobuchi (Psycho-Pass) is responsible for the original stories of the two series, which both also feature a score by composer Yuki Kajiura (Sword Art Online).Puella Magi Madoka Magica and Fate/Zero are available with Japanese, English and German audio, with subtitles in Japanese, English, Arabic, French and Polish.

For those looking for something not quite as dark however, while Pokémon the Series: XY has expired from the service, it has been replaced by the first 43 episodes of Pokémon the Series: Sun & Moon Ultra Adventures, which continues Ash’s adventures in the Alola Region!

Will you be enjoying either of these hit series? If you’ve seen them before, which is your favourite? 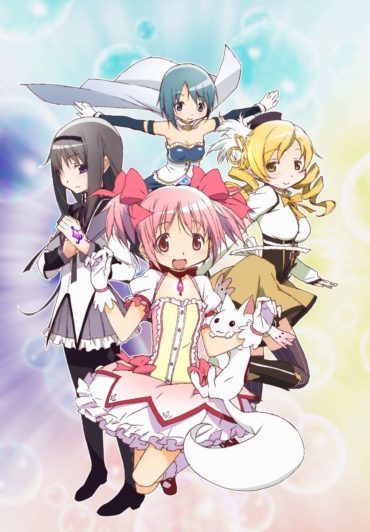 The first film in Polygon Pictures’ movie trilogy will soon be available on Netflix!

The Academy of Motion Picture Arts and Sciences today confirmed the list of animated feature films submitted for consideration for nominations in the race for the Animated Film category of the 86th Academy Awards. Although the list predominately features western works, three anime films have been submitted: Production I.G’s A Letter To Momo (Directed by Hiroyuki Okuira) … Continued