The following review contains slight spoilers for the first half of the series. 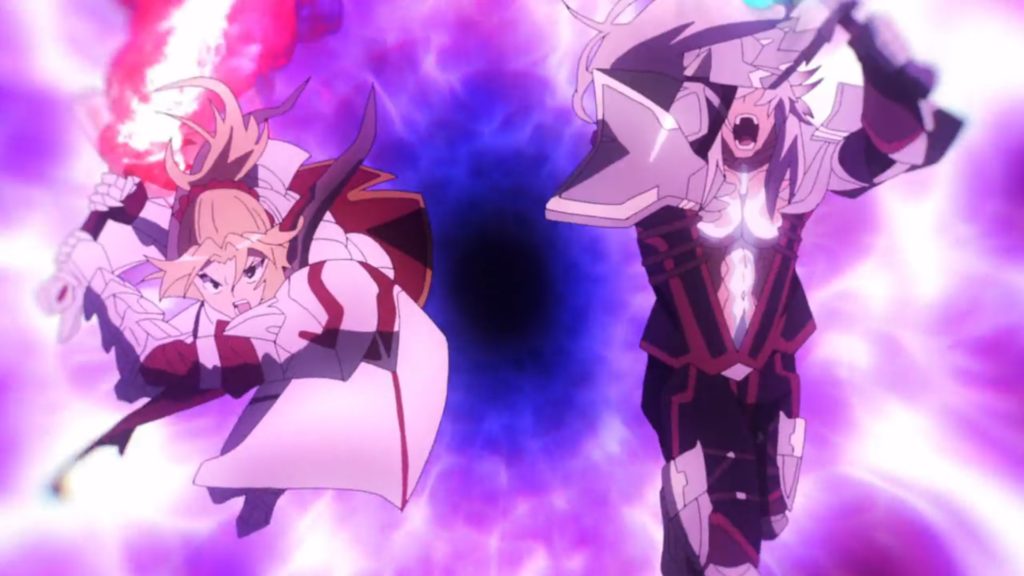 The Great Holy Grail War takes a new turn in the second half of Fate/Apocrypha, where after the first half’s climax. everything spins on its head and all of the remaining masters and servants find themselves at the mercy of Shirou, who now holds the Holy Grail. With the fate of humanity on the line, the Ygddmillenia family forms an alliance with Ruler, Seig and the homunculi, as well as Shishigou and Saber of Red, in order to raid the Hanging Gardens of Babylon and stop Shirou from using the Grail.

The first half of Fate/Apocrypha set itself up as a thrilling action series, and this second half certainly continues that trend with some spectacular fight sequences playing out over the course of the remaining thirteen episodes. While one of my main criticisms of the first half of the series was that many of the fights lacked a fulfilling conclusion, this is definitely not the case here as many of them become brutal fights to the death. It’s clear from the beginning that it has turned the wick up and not everyone is going to get out of this alive, and it commits itself to producing some very emotional sequences, especially if you’ve developed an attachment to this wonderful set of characters.

These fights were great to watch in the first place, but at times the series becomes perhaps one of A-1 Pictures’ most stylistic works, as they change to an art style that looks rough and jagged, but allows them to produce the ferocity and motion that these scenes require really well, seemingly taking some inspiration from Trigger shows like Kill la Kill. 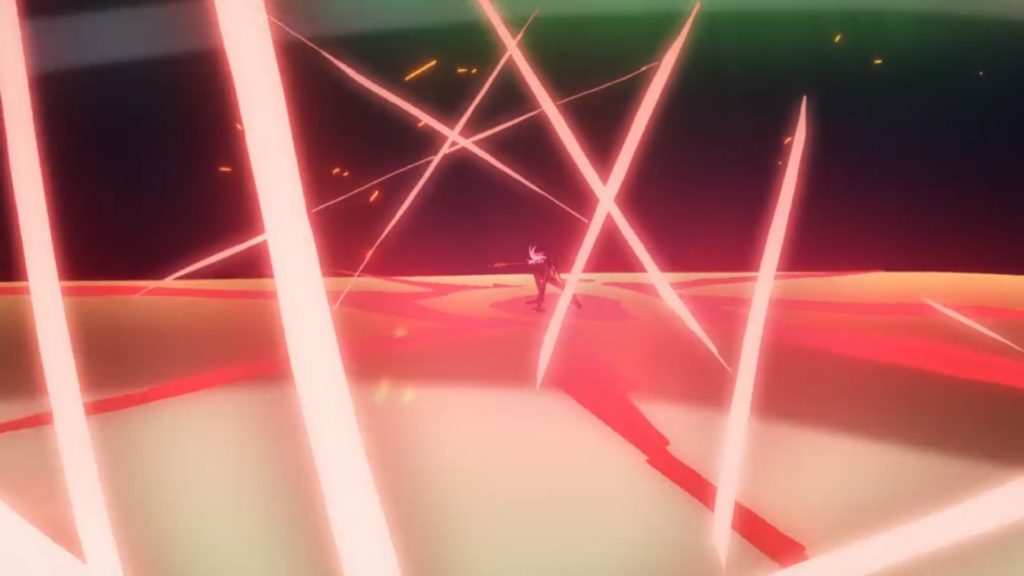 Despite it feeling like they have cracked the fight sequences compared to the first half, it does suffer from having to tackle some hanging plot threads before it can go into the main conflict. In particular there’s the resolution of the Jack the Ripper storyline; despite this being one of the more brutal parts of the show, both visually and emotionally, it can come off as a distraction from the main storyline. However, it plays into this more than you realise as the show taps further into the backstories and legends behind the heroes, which directly impacts the final battle. While some of these tales have been given a certain spin (and certainly the Jack the Ripper storyline gives its own take on an unsolved mystery), I do like how the series does give reference to and has full awareness of them. While a lot of this references characters and events that may be more common knowledge, it also references things that may be less commonly known, such as the influence of the death of Shakespeare’s son on his works such as Hamlet. I also found it inspired me to look into the mythology behind these heroes further, as that aspect was part of what lured me into the Fate franchise in the first place. 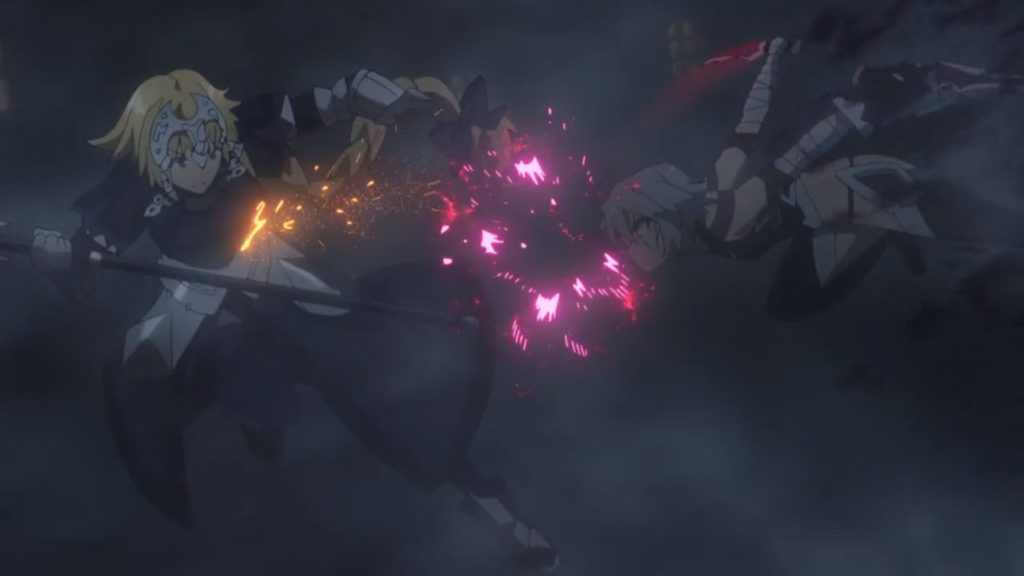 Aside from the action, we also have quite a bit of character development, which is particularly used to give us a well-needed breather in between the fight scenes. My comments on how it deals with relationships in the first half of the series are only further justified here, as I found myself more involved with each of the main characters as we discover more about them and I found that this led me to be more emotionally involved when it got to the big crunches in the fights. The developing relationship between Seig and Ruler is in particular very sweet, as the show starts to push them together as a unit and watching them fail and succeed in their battles together is highly rewarding as a viewer. Elements that we see in the first half are also dug into a little more, such as the great back and forth that Shishigou and Saber of Red have, as well as not forgetting the bond that Caudes had with Berserker of Black. It’s a testament to the show’s skills in this area that I did shed a tear or two, although this is by no means a tearjerker of a show.

I did notice some plot holes creeping in towards the end, however. Certain characters and background plot points are forgotten about, one of the main characters mysteriously disappears in the final battle despite being initially involved, and one of the other characters turns up somewhere without really explaining how they got there. It’s a shame it just starts to get a little bit messy, as up until that point it was doing well in keeping all of its different plot strands together, but it seems that it just could not keep up with its own electrifying pace. 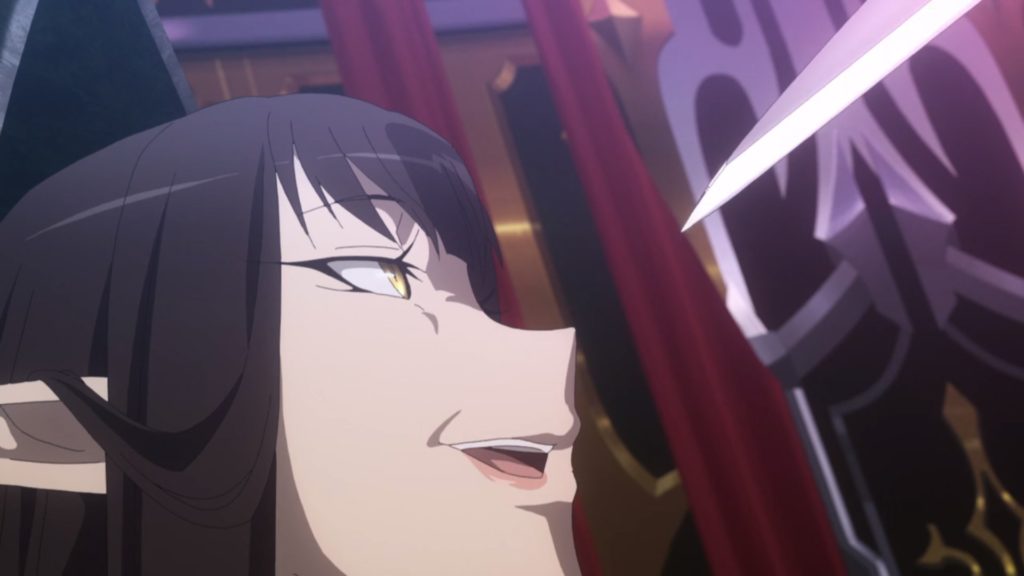 MVM’s release of the second half of the series contains Episodes 13 to 25, with both English dub audio and Japanese with subtitles. Both the Japanese and English dub casts continue to give some good performances, however, the show’s soundtrack starts to become a little too repetitive for my liking and I wish there was something different beyond the central themes. While they do help in identifying the mood of each scene, such as “ooh, this is mysterious”, or “wow, this is a huge action sequence!”, they can become a little boring over time. The change in Opening and Ending is welcome though, with both “ASH” by LiSA and “KOE” by ASCA proving very strong songs that fit the series well.

Extras are pretty sparse on the two discs, with only textless opening and closing credits and some trailers being available. The show’s recap episodes which aired in Japan are not present in this collection (and weren’t available on Netflix either) but as they are recap episodes, nothing is really being lost here.

Overall, Fate/Apocrypha’s second half does well to bring its story to a conclusion, pitching in with some fantastic fight sequences and art direction; all the while showing some good character development along the way. Despite the plot holes that appear towards the end and its repetitive soundtrack, this is a great entry in the extended Fate universe and perhaps one of my favourites. Whether you are a Fate fan or a franchise newcomer, this is one show you’re sure to enjoy. 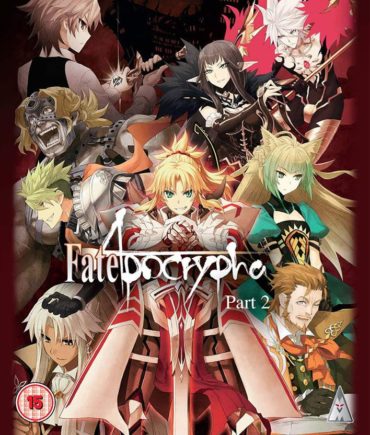