Assumption, it is said, is the mother of all mistakes. It’s easy to look at the key art and synopsis for something like Hanasaku Iroha and assume that it is a saccharine, sugary-sweet, and ultimately shallow show. After all, it’s a slice-of-life title where teenage girls work in a Japanese hot spring hotel, so you might assume there’s not much to see.

That assumption would be wrong.

Hanasaku Iroha was the show that taught me that anime could be uplifting as well as dramatic. It showed me that it was possible for an anime to render its characters realistically – making its characters likeable, but flawed, who you genuinely root for, even while you yell at the screen at their hot-headed impulsiveness. It should come as no surprise, then, to find Mari Okada credited as screenwriter.

Let’s wind back. Hanasaku Iroha, which loosely translates to ‘The Blooming Colours’, was aired in 2011, and produced by P.A. Works to mark their 10th anniversary. It follows the life and misadventures of Ohana Matsume, who finds herself living and working at her grandmother’s hot spring inn after her mother suddenly elopes with her new boyfriend. There, she must learn to live with an eclectic group of people and adapt to a radically different life. 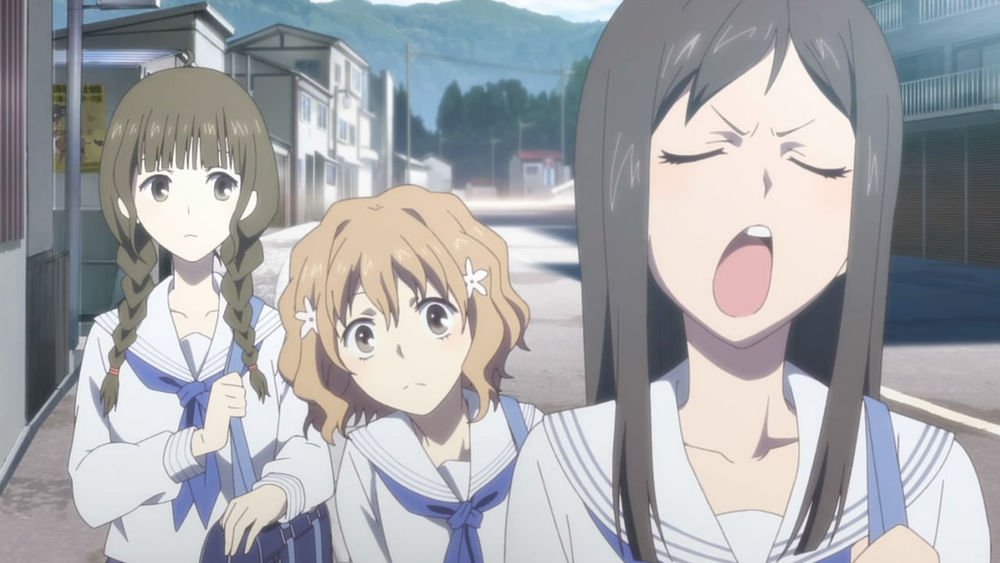 Unfortunately, Ohana doesn’t make it easy for herself – she almost immediately gets her roommate, Minko Tsurugi, into trouble with Ohana’s grandmother, Sui Shijima, and her stubborn and forceful personality makes as many problems as it solves – a fact that drives much of the plot throughout Hanasaku Iroha. Nevertheless, Ohana is inherently likeable and the story renders her realistically and sympathetically. Even as she’s making mistakes, or being hot-headed and stubborn, she’s still a compelling presence on screen.

The supporting cast is similarly well-rounded. While nearly all of them are based on broadly familiar archetypes: the cold, black-haired tsundere, the well-endowed shy girl, the cheerful air-headed heiress, and so on – the show develops each of these characters into a complete and complex whole, transcending the tropes to make a group of people you find yourself genuinely rooting for.

Unfortunately, while the first set of episodes is extremely strong, the series slumps somewhat in the middle of the first half – while they’re still strong, they’re not quite as compelling as the earlier episodes, often due to the focus on a minor, comic-relief character who doesn’t have the same depth as the rest of the cast. Luckily, sitting through these episodes rewards you with a genuinely stunning storyline to conclude the first half. The final five episodes in this set reach dizzying, electrifying heights as all the pieces fall together and the writing starts to truly shine, as two formerly-minor characters return to the forefront and upend Ohana’s life once more.

It’s at this point where the show really kicks into high gear. Fresh from introducing and building each of the characters, the show is free to be a stellar coming-of-age drama, weaving in nuanced and sympathetic depictions of motherhood, the nature of family, and the pitfalls of teenage romance. These are familiar themes that scriptwriter Mari Okada has explored throughout her career, from works like Anthem of the Heart to the exceptional Maquia: When the Promised Flower Blooms. In nearly all ways, the script is what truly makes Hanasaku Iroha shine, weaving wit and Japanese farce with gripping, naturalistic character-driven drama to make something better than the sum of its parts. 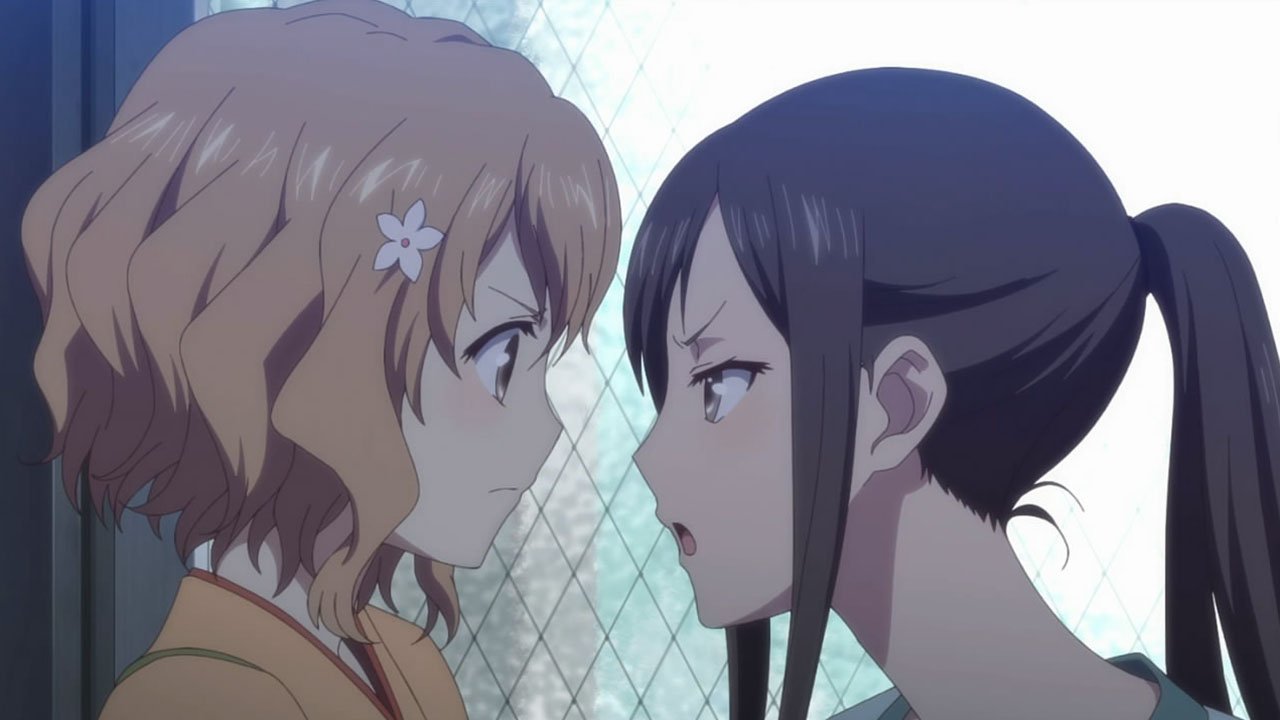 Technically, the show is very strong – the animation from P.A. Works is beautiful, with their trademark watercolour backgrounds and detailed character designs showing a care – and budget – often missing in similar shows, The show is represented well in the Blu-ray, with no noticeable artefacts or banding and a crisp presentation.

The Japanese voice work is vibrant – all of the characters are distinct and well-acted, and all do a good job of portraying the characters’ emotions, as well as nailing the comic timing and delivery for the more lighthearted sections of the show. Sadly, there’s no English dub for those that prefer it, but the translation (courtesy of NIS America) is accessible and clear, which is particularly impressive given the show’s very Japanese setting.

The soundtrack is strong and impactful and the show benefits greatly from its choice of music – several episodes contain insert songs from NANO.ripe, a J-Rock band that I’m personally a big fan of thanks to their work here. NANO.ripe also provide the opening song, ‘Hana no Iro’, whereas the ending song, ‘Hazy’, is by Sphere. 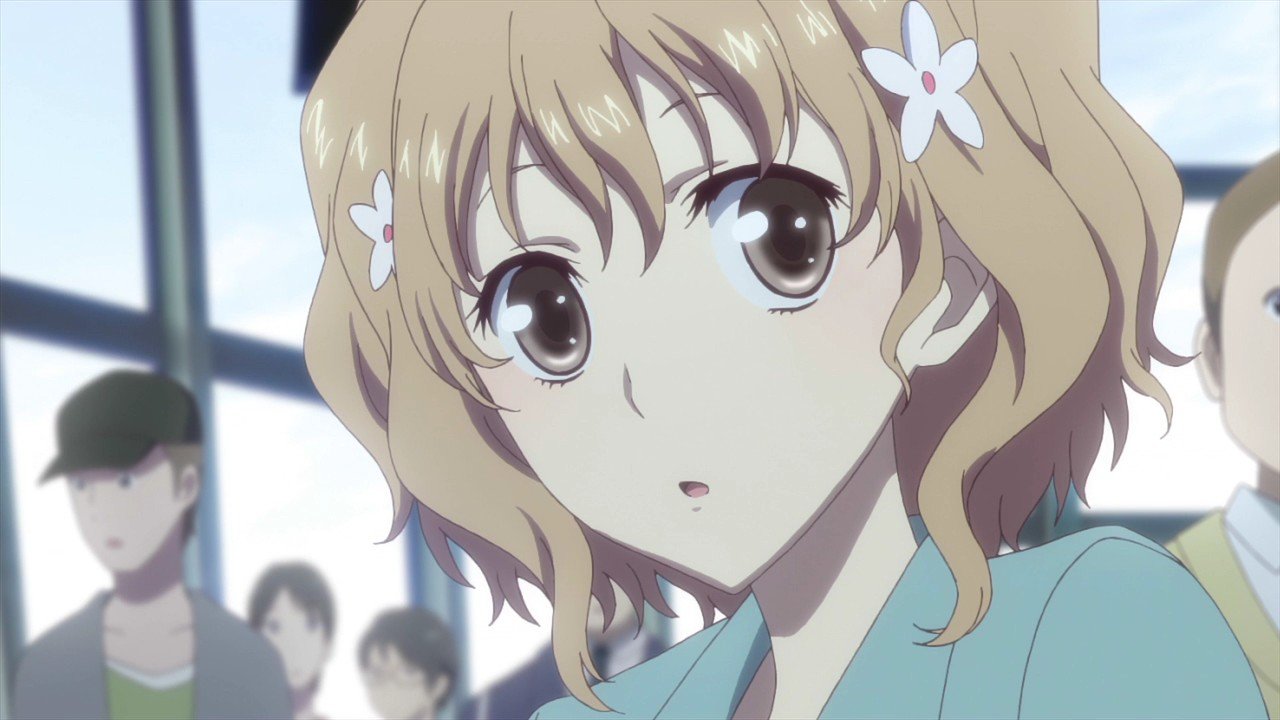 As you’d expect from a standard edition, there’s not much in the way of extras – the second disc of the set includes the usual clean openings and endings, as well as a collection of trailers for American anime releases. More interesting is a reel of Japanese-language, unsubtitled trailers for Hanasaku Iroha itself, which serve as a look into the production of the show, as the character designs change dramatically and the show’s identity crystallises over the course of the five or so trailers shown. If you’ve finished the show and want to get the most out of the set, try giving this a quick watch.

Upon finishing Hanasaku Iroha, I found myself entranced by the show’s vibrant, emotional script and beautiful animation – and that feeling stayed with me long after I ejected the disc. While the first half contains the weakest episodes of the series, it’s still a compelling watch – the last few episodes turn this slice-of-life show into truly powerful drama. With the second part out in July to finish the story, there’s little reason not to add this gem to your collection. 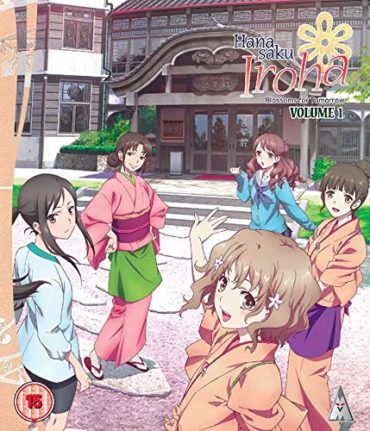