This review will contain some spoilers for the first two Code Geass films and the TV series.

Lelouch takes a big risk and decides to confront Suzaku alone, not only to help him win his war but to also protect the one person he cares about most of all – Nunnally. Suzaku refuses at first but his resolve is tested when he discovers Emperor Charles zi Britannia’s master plan and the true motives of Schneizel el Britannia. But how far can Lelouch’s Geass take him and will he be able to create the world of peace he wants for Nunnally in the end?

So here we are; 50 episodes of content now fully told over three long movies, with tweaks to continuity along the way. The ride has been bumpy, but I’m pleased to say that the last movie, like the last act of the original series, has been worth it in the end. Code Geass, despite having its popularity wane over time, its status of having a very good ending remains to this day. So having a new movie trilogy that is not only meant to override the original canon, but also hint at a new sequel (a.k.a. Code Geass: Lelouch of the Re;surrection, which as of yet has no UK licensor) is a bold move. A not entirely surprising one, considering how popular the series was, but does this movie tarnish the series at all? I personally would say no, as right now I have not seen the sequel and this new canon can be taken as an alternative continuity, not removing the old one. 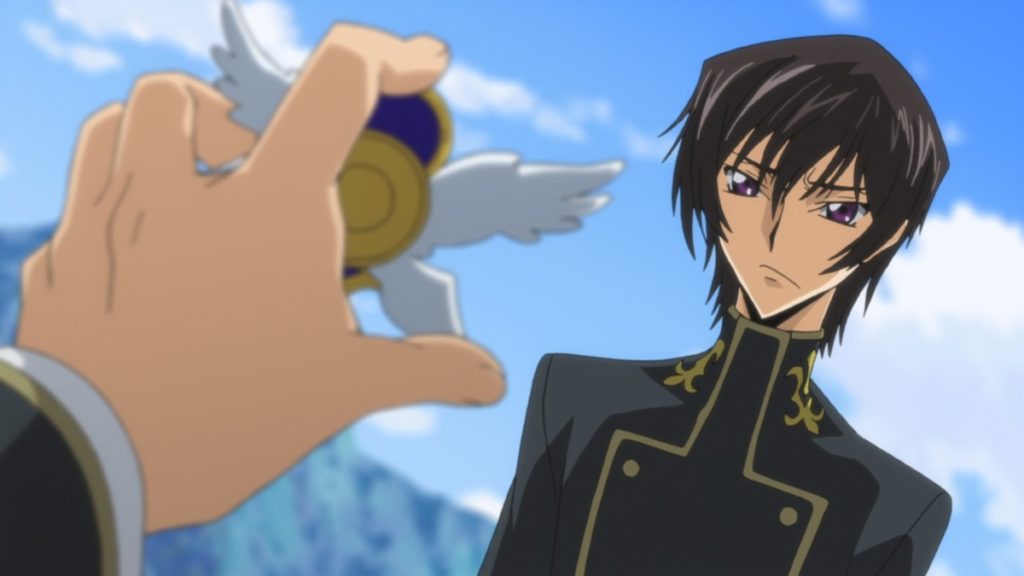 Out of all the movies so far, this one contains the least amount of changes to canon, mostly because a lot of it happened in the previous movies but also because, in all honesty, to change too much would have taken away the power of the ending. The only major changes in THIS part of the Code Geass story is who is still alive compared to the TV series, with a few minor character tweaks and dialogue changes here and there. Compared to the changes made in the previous two films, it feels almost pointless right now how much they added considering that it doesn’t really impact this movie in any way. Shirley being alive should be a huge deal, considering how her death in the TV series impacted not only Lelouch but also his relationships with Rolo and others as a result, but here her being alive means nothing. So, it stands to reason that she (hopefully) will play a role in the sequel that has yet to be released here.

Despite this however, everything you love about Code Geass: the explosive battles, the mecha details, the flair for the dramatics, the games of chess between masterminds and the bombastic nature of the story, is all here. You only have to watch this film to be reminded why Code Geass was such a big hit, and why it continues to be fondly remembered despite its story and character flaws. Because this movie also recaps the least amount of material (the last 9 episodes of Season 2 to be exact) it means that the pacing is the best out of all the movies, and there’s plenty of breathing space for all the major elements such as the battles, the twist revolving around Anya Alstreim, and the final moment between Lelouch and Suzaku, which are given the emotional weight to really work in this film. Although we’ve lost a lot of the character details and arcs along the way, this film is a ride from start to finish as it goes from one battle and betrayal to another without giving the audience a chance to breath before charging into the next one. Whilst the breakneck pace was a point against the first movie, it works here because we’ve gone through two movies of set-up and this film is all pay-off, with less material to cut or skip over from the original, so the fast pace doesn’t feel like a cheap way for the director to get through the material as fast as possible. 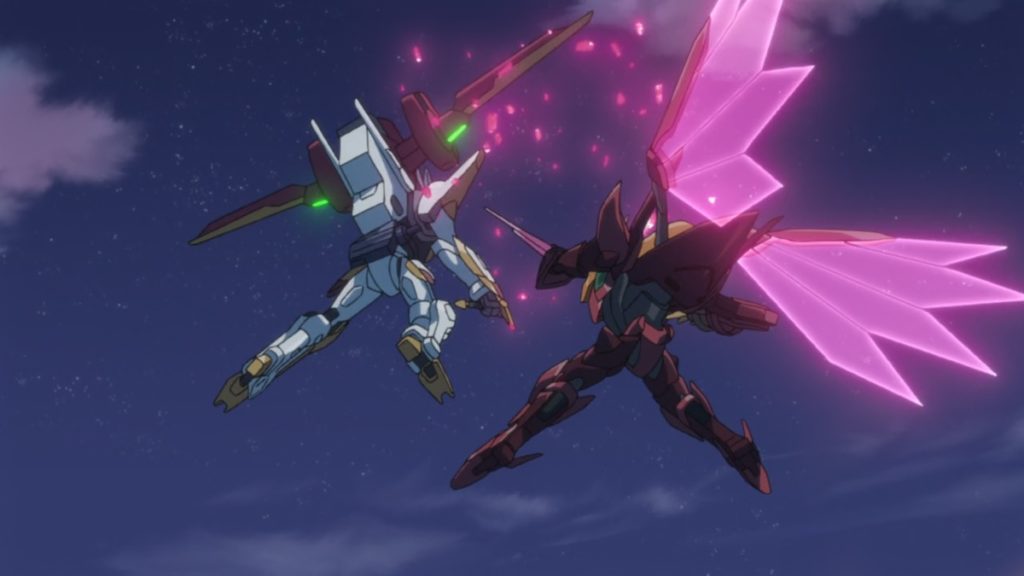 Animation continues to be stellar here, especially on Blu-ray where the picture is incredibly crisp and looks even better than it did in the original series despite a lot of re-used scenes. Music is also carried over from the original, but the excess use of insert songs is a bit overwhelming at times; the original series had some great vocal tracks but there are a few instances where the insert songs actually distract from the picture rather than embellish it.

Like the previous films, this disc contains Japanese with English subs ONLY with promo videos and trailers being the only on-disc extras. The special edition from Anime Limited also comes with 8 art cards, poster and a storage box to store all three Code Geass films, which has been made especially for the UK market.

Each individual Code Geass film is far from flawless, but as a trilogy it’s a blast from start to finish. It’s hardly an improvement to replace the original series but for any Code Geass fan, especially with the stunning sets that Anime Limited have released them in, they’re definitely worth getting into as they contain everything that made the original series a joy to watch back in 2008. We’ve yet to see what the sequel may bring and how it’ll impact the ending, but for now, this is a fun re-tread of the show and an entertaining movie experience. 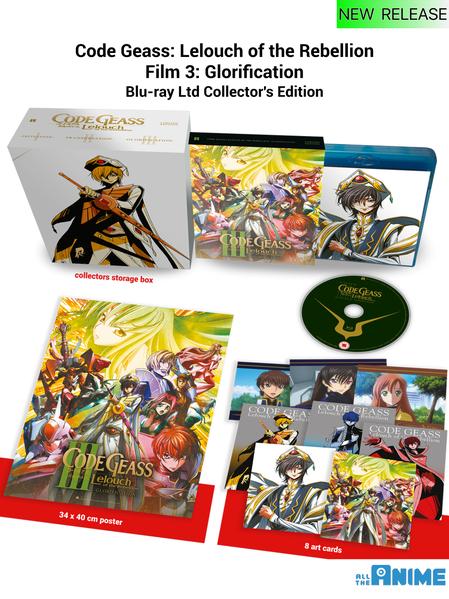 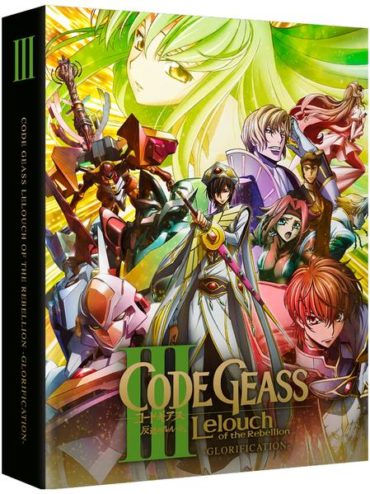 The sequel to the movie trilogy doesn’t ruin the original TV ending, or improve on it in any meaningful way, it sits comfortably in the middle; a ‘take it or leave it’ film that’s entertaining in its own right.

Code Geass: Lelouch of the Rebellion 1 – Initiation is best experienced if you’re already a fan, keen to enjoy all the bombastic and explosive glory of the original series plus some new content in glorious cinematic quality.