Well, UK fans have had wait well over a year, but we finally have a new One Piece DVD collection. With this collection, we pass the 500-episode mark and we witness the conclusion of a major story arc. However, as it has been such a long time, we need to take a few steps back.

So, the story so far…

We have just witnessed a bitter and tragic battle between various pirate groups, including Monkey D. Luffy, fighting against just about everything that World Government can throw at them at Marineford, where Luffy’s brother Portgaz D. Ace is about to be executed. Tragically, the plan fails. Ace sacrifices himself to save Luffy, taking a deadly blow. Whitebeard, Ace’s captain, is also killed in the battle. Luffy escapes the battle with help from Trafalgar Law and Jimbei to Amazon Lily, the island home of Boa Hancock. Eventually, Luffy comes to truly express his grief at the loss of Ace.

This is where this collection begins, and when I say, “begin”, I mean right at the beginning, because the first bunch of episodes in this collection are flashbacks, telling the story of how Luffy and Ace first met back in East Blue, with their grandfather Garp ordering a mountain bandit named Dalan to raise the two boys up to become members of the Navy, otherwise she will be jailed. At first, Ace ignores Luffy’s offer of friendship. Eventually Luffy learns that Ace already has a friend his age, a boy named Sabo who lives in a junkyard called Gray Terminal. Together, the boys have been stealing money from there and the town next to it in order to raise cash to become pirates themselves. Luffy asks to join them, which causes trouble as Luffy’s loud mouth attracts trouble. The boys anger another group of pirates, but together they fight and protect each other. Eventually all three do become friends, but a plan to destroy Gray Terminal by the World Government throws things into deeper chaos. 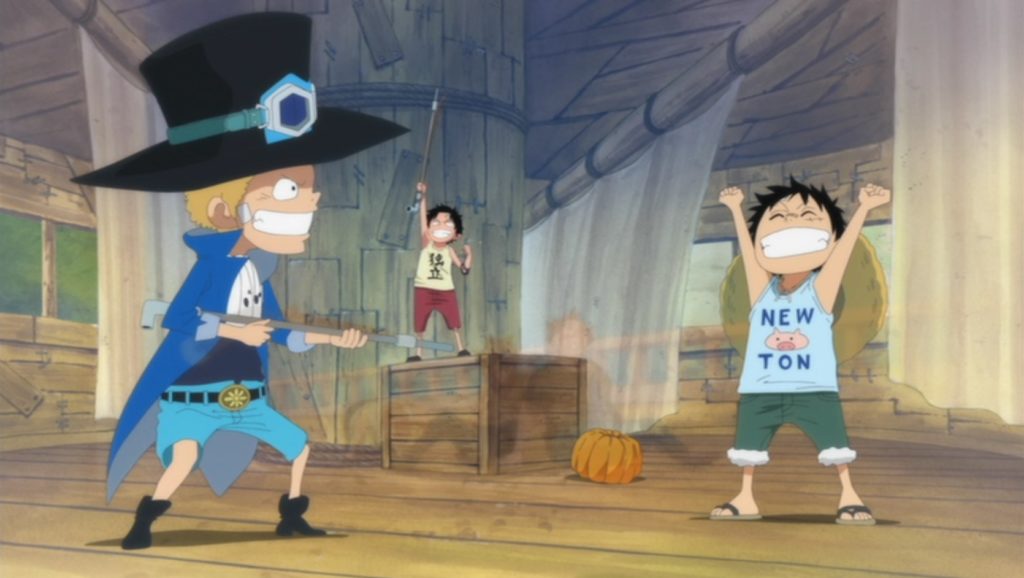 When the story returns to the present, we once again follow the other members of the Straw Hat Pirates as they face their own hardships, as each of them try to come up with ways of reuniting. Meanwhile, on Amazon Lily we see that another pirate that escaped the Battle of Marineford is Rayleigh, who comes up with a plan to improve Luffy’s chances in future battles. Luffy agrees to it, with himself, Rayleigh and Jimbei hijacking a Navy ship and returning to Marineford. There, Luffy rings a huge bell sixteen times to signify the coming of a new era, and has his photo taken by the world’s press, with his hat off, head bowed down in mourning for Ace, and with a new tattoo on his arm. One with the characters “3D” crossed out, and “2Y” below. When the rest of the Straw Hats see the photo, they know exactly what it means.

When watching this collection the main thought that struck me was this: we have been waiting since December 2018 to get a new One Piece collection, and the new one tells the concluding part of a major arc. Indeed, it is the concluding part of probably the biggest arc in the entire series. Given this, why did they not release this collection sooner and let us wait for the next collection longer, which is an entirely new story, rather than make us wait for over a year to see the end of this one? 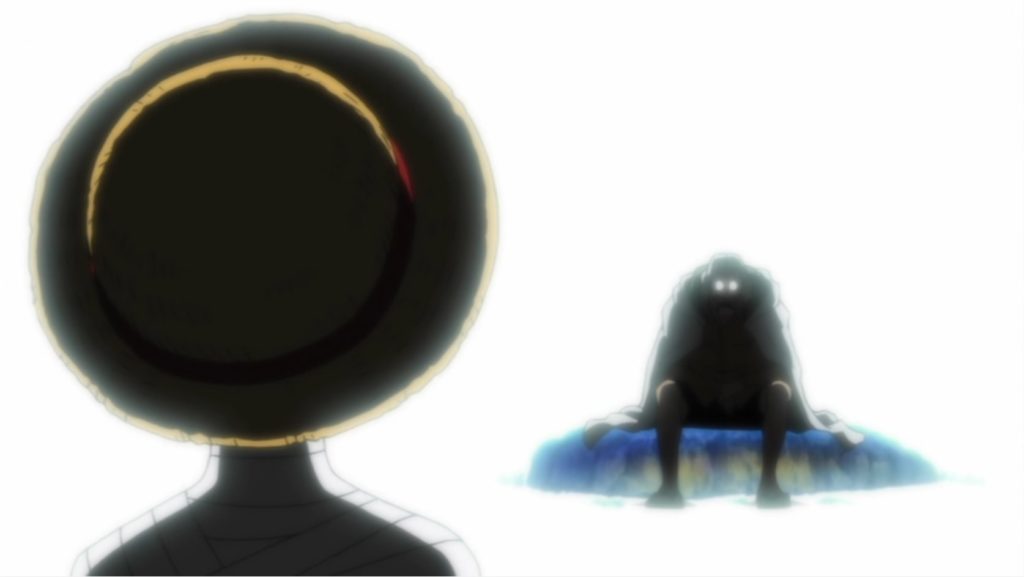 Having said that, this collection certainly has its moments. While a flashback might be annoying in some ways, it is always good to learn more about the characters, especially Luffy, and we are introduced to Sabo who plays a bigger role later in the series. We do also get to see more of the other Straw Hats too, as much of the content of previous collections has mainly been about just Luffy. It is good to see the main crew again, even if in Sanji’s case he is still stuck on an island with a load of very obvious transvestites in a story that still feels a tad homophobic.

There is still plenty of action in the collection, but also a lot of drama, as we witness Luffy and the rest of the crew coming to terms with the loss of Ace, and how they go about dealing with it. Not just that, but in the flashback episodes we witness loss and grief, which adds even more to the loss of Ace we have already experienced. 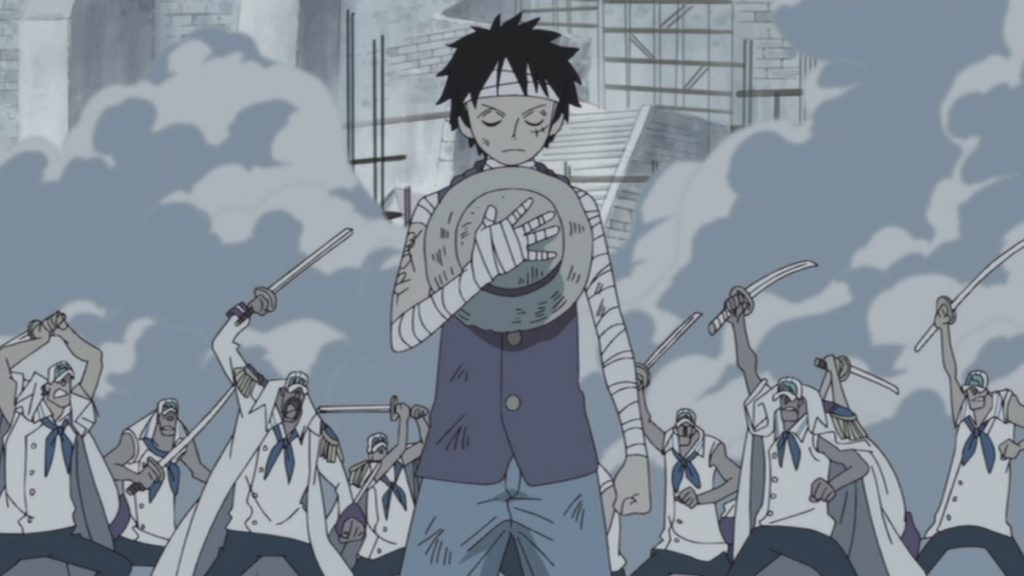 There are plenty of extras in this collection as well: episode commentaries, textless opening, trailers, outtakes, and one special feature talking to the English voice cast about the scenes revolving around the death of Ace.

While there are many exciting moments in this collection, oddly perhaps the most exciting is the last one of all. Normally the episodes end with the words: “To be continued”. In the final episode the last caption reads: “Go to New World”. 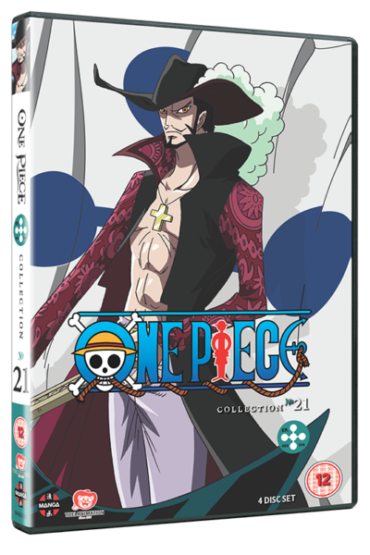