Following the events of the Sabaody Archipelago, where the Straw Hat Pirates were scattered across the globe by Bartholomew Kuma, all nine of our heroes have been struggling against the various circumstances that they have found themselves in. However, Monkey D. Luffy manages to get a message to his crew via the newspapers, telling them to undergo two years of training before meeting up again. Those two years have now passed.

The Straw Hats are returning to Sabaody, but have already stumbled on a problem. During their two years away, another group of pirates have been pretending to be them, very badly. That’s “badly” in the sense that they are doing horrific things that the real Straw Hats would never do, and also in the sense that they look nothing like the originals. Other enemies are also around, including marines and spies. However, with the help of friends on Sabaody, as well as friends made during their travels, Luffy and his crew easily manage to deal with all the troubles that are before them. Not only that, but the Thousand Sunny has also been fully prepared for their next trip – into the depths of the sea itself, as they travel to Fishman Island. 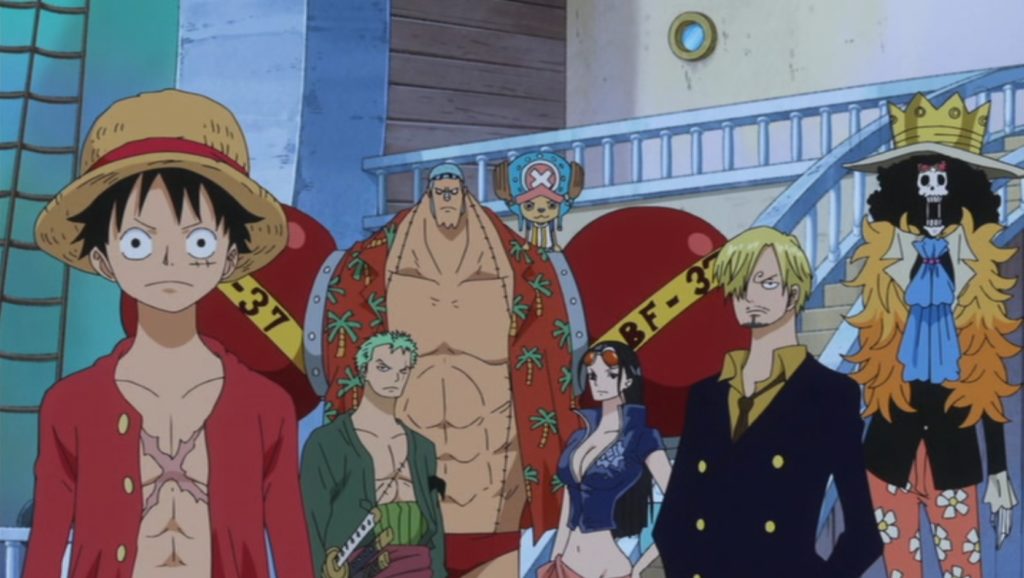 The trip, in a ship that is now in a protective bubble, is obviously dangerous in itself. They have to deal with various sea creatures including the legendary Kraken, fights with other pirates including Vander Draken IX of the legendary Flying Dutchman, and natural disasters such as eruptions from hydrothermal vents. Perhaps it is not surprising that not only do the Straw Hats only just make it, but they get split up on arrival.

Luffy ends in the company of Usopp, Chopper and Sanji, who are being looked after by Camie, the mermaid they rescued from being sold at an auction back on Sabaody. She happily looks after them, but out of all of them the one who needs the most looking after is Sanji. Having spent two years stuck on an island full of transvestites, his love for women is even greater than before. It has got so extreme that just seeing a woman sets off a nosebleed. Seeing Nami or Robin makes it even greater. Now they are in a place full of beautiful mermaids. Chopper now has to deal with cases of nosebleeds so great that they require transfusions every time Sanji gets aroused. Sanji’s love of women could genuinely kill him via extreme blood loss.

We soon learn that the most beautiful of all the mermaids is Princess Shirahoshi, the gigantic but cowardly crybaby daughter of Neptune, king of the Ryugu Kingdom in Fishman Island. Not only is Sanji, as well as the other pirates, interested in meeting her, but so is Vander Draken. In fact, he has been in love with her for ten years, but because she refuses to talk to him, he has been using his Devil Fruit powers to attack her. He touched her years earlier and this allowed him to use his “Mark-Mark Fruit”, to send her stuff. The stuff he sends is mainly axes, because if Draken can’t have her, then no-one will and he will kill her. Therefore the Princess has been locked in a secure tower for her own protection.

Draken decides to unite with another pirate who has problems with the Ryugu Kingdom. Hordy Jones is the new captain of the Arlong Pirates, the Fishman pirates responsible for ruining Nami’s childhood. Jones is a user of powerful drugs to make himself stronger and is also of the belief that Fishmen are superior to humans. He wants to overthrow Neptune, become the new ruler of Ryugu, and attack humans. Hordy and Draken form an alliance, and the Straw Hats find themselves battling against a new enemy. But for some locals, it is the Straw Hats who are the enemy, with a local mermaid clairvoyant believing that they will destroy Fishman Island. 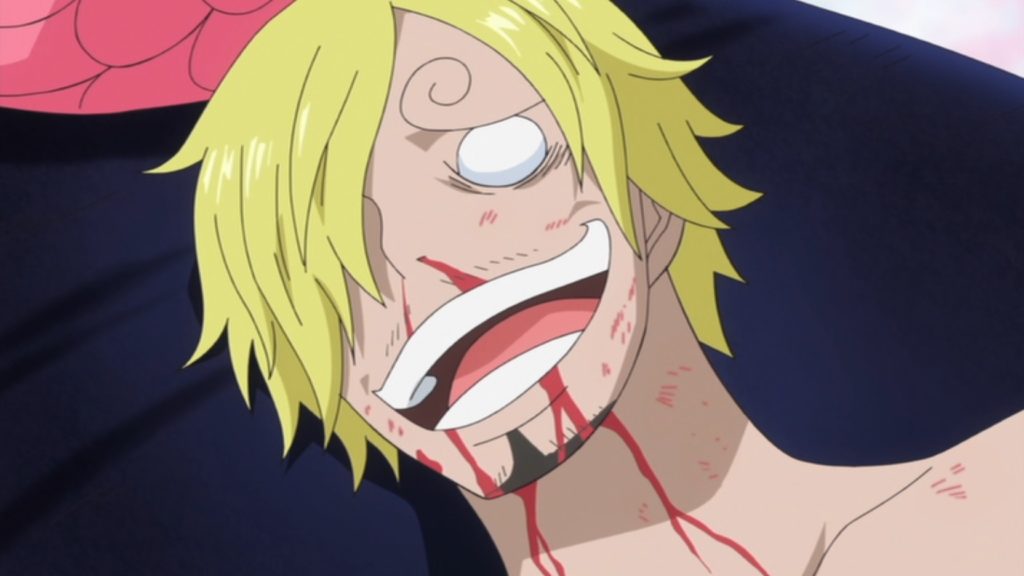 There is much to take in with this new collection, one aspect being the new character design. Since the two years that have passed since the Straw Hats have been away, the characters have altered their looks. Chopper has got rid of his top hat; Nami has let her hair grow long; Brook has become more glam as he has been touring the world with his music under the stage name “Soul King”; Franky has completely transformed and upgraded his cyborg body; but one of the most striking is also one of the simplest. It is Zoro, and during the two years he has been away, he has lost the use of his left eye, with a vertical scar going across it. To this day, no-one knows how Zoro lost it.

The plot is another key element to the plus points of this collection. We are now learning more about the backgrounds of the Fishmen and mermaid races in the world of One Piece, the prejudice that humans formed against them, and in turn the prejudice that has been formed by the persecuted toward the persecutors. It is clear that the issue of racism, as explored via these differing beings, is one of the major talking points of this arc, as well as Hordy’s drug use.

One of the most interesting things in this collection comes at the end, and will be spilling over into the next release. We find Jimbei on the island, near to where the Thousand Sunny has landed after it arrived on Fishman Island. Among the Straw Hats that meet him is Nami, so she is finally able to learn why the Fishmen attacked her home, and what part Jimbei had in the rise of Arlong. 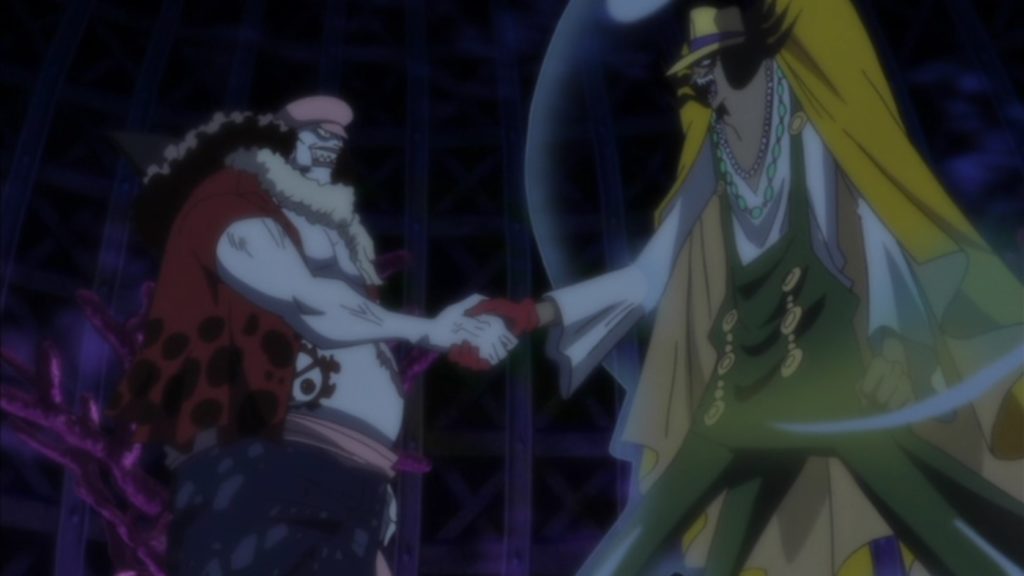 On the downside, we still see some of the lazy gay stereotyping coming into play when it comes to Sanji’s story. As well as the obvious cliché stereotypes from the cross-dressing people of the island he was stuck on, Sanji is horrified to learn that in one of the transfusions that he goes through, the only available donors are two clearly gay guys, which horrifies him. This casual homophobia is still irksome and spoils the series.

Regarding extras, aside from trailers, cast and crew commentaries, and textless video of the new title song “We Go!” by Hiroshi Kitadani, there are also two features with the English dub cast at MatsuriCon 2016. One is a live dub, and the other is a Q&A panel.

This collection has much that is going for it, and it will be interesting to see Nami’s reaction to Jimbei’s revelations. 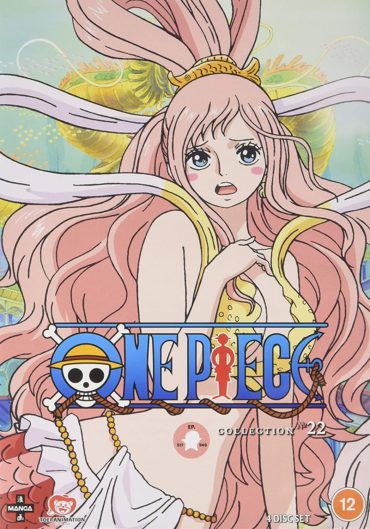