In the 4th grade and only 3999 days away from becoming an adult, Aoyama knows he has everything figured out; he’s a very smart little boy with a love for science and experimenting with the world around him. He even knows who he’s going to marry in the future: a beautiful lady who works at the dentist’s office and sometimes takes care of him after school. One day however, penguins randomly show up in his little town. It’s the middle of summer and no one knows where they came from, but as Aoyama begins to investigate them, he discovers far more mysteries lie hidden in his little town.

I’m going to be upfront with you: this film is bizarre. Not The Night Is Short, Walk On Girl levels of bizarre but they’re in the same neighbourhood, if you know what I mean. This shouldn’t come as a surprise to those in the know, as the author of the original novel, Tomohiko Morimi, is also the author of Walk On Girl and Tatami Galaxy – both made into anime and directed by Masaaki Yuasa – who, weirdly, did not adapt this movie. Instead, this movie is directed by Hiroyasu Ishida, a first-time director with Studio Colorido, who also have few credits to their name. But despite the film’s bizarre nature, a weird movie can be saved from alienating its audience if it has a strong cast and emotional core. So how does Penguin Highway accomplish that? To give credit where it’s due, it certainly tries.

At the centre of the story is a little boy named Aoyama, and he is by far the most developed character of the film but also a fascinating accomplishment in character writing. He’s a little child that from the start acts as a ‘know it all’ with absolute certainty, he’s smarter than everyone in his class, and has a crush on a much older woman. These tropes individually, let alone when applied all together to a child character, can be enough to turn off an audience, especially when writers have a bad habit of making kids talk/act like mini-adults. Admittedly, there are times when Aoyama doesn’t speak like a normal kid would, but he’s not unlikeable due to a balance of character writing and voice performance (in Japanese and English). He’s a smart boy, with a scientific mind and logical approach to life, but none of it gets in the way of the whimsical mood of the story, in fact his love of knowledge leads him to approach the sudden influx of penguins with wonder and curiosity, as any child would. He never sounds or acts as if he’s above it all, and his charm saves him from being an annoying kid (which most child characters often are). As for his crush on the older woman, this is a little more of a balancing act across the film, but thankfully it’s never portrayed in a creepy way. He has a fascination with breasts, sure, but he describes them in a very non-sexy way; he wonders why The Lady’s physique makes him react differently to his mother’s, and because he’s so young and not aware of his own sexuality yet, it’s all done incredibly innocently. Yes, the boy does proudly proclaim that he wishes to marry her one day, but it’s no different than most kids at his age who think that the first person they ever had a crush on will be their future partner (e.g. I was sure I was going to marry Wren from Phantasy Star III at his age, sadly my actual husband isn’t a cyborg, but just as handsome!)

As for the rest of the cast, they are not as interesting or written as delicately but fill out their appropriate roles when needed. The writing and development for The Lady is a shame however; there are hints of her having a more rounded character with scenes outside of Aoyama’s point of view, but sadly they go nowhere, and in the end, she ends up just being an extension of Aoyama. The same goes for the other kids and adult characters; all are cute and lively but much shallower, and forgettable. Luckily there are plenty of cute penguins to admire.

As stated earlier, this is Hiroyasu Ishida’s first full-length movie credit, and overall, he does pretty well but you can tell it’s his first through the movie’s choppy pacing. The flow of the film does not follow the typical three-act structure, in fact it feels more like a three-part episode to a TV series than a movie, as the first two thirds of the movie follow the different experiments Aoyama conducts like ‘arcs’, and it only picks up the pace in the grand finale. This makes it a bit of a slog for the viewer in the middle section but the movie, as a whole, feels worthwhile.

Animation is provided by Studio Colorido that, prior to this movie, only had experience with animated short movies rather than full-length ones. For their first attempt at a full-length movie they do incredibly well; the colours are vibrant, the animation for the penguins are very cute and in the big moments, when you really need that extra ‘oomph’ factor, they do deliver. There are a few places where they obviously cut corners though, something that you’d get away with in TV series but not so much in movies. There are a fair number of static shots where only characters’ lips are moving when it’s a dialogue-heavy scene, and there are a few instances where action happens offscreen to save on animation. For example near the climax, Aoyama and The Lady have to hide from the police so they dunk under the table, however the whole scene is actually off-screen, we just hear the dialogue/sound effects of it happening as the camera is focused on the less action-heavy police wandering around looking for them. I know these faults sound rather nitpicky, but considering we’ve had many animated films recently that have really pushed the bar in terms of visual spectacle, it’s hard not to notice the short cuts this company makes.

The score is provided by a complete newcomer to the industry, Umitarō Abe; this is his only credit and his score is fine. Considering there’s been a lot of eccentric coming-of-age stories of late, Umitarō Abe doesn’t provide a score that sticks out, it’s light and whimsical where it needs to be and doesn’t call attention to itself. Considering it’s his first score, we won’t hold it against him, but it’ll be interesting to see what he does next and if this is just his brand of composing or was simply playing it safe for his first credit. The only real stand-out track is not even composed by him and is the ending theme ‘Good Night’,  provided by J-pop superstar Utada Hikaru; it’s a lovely slow build-up pop-rock number that really closes the movie in an heartwarming way. Interestingly, she provides her own translation for the song in the subtitles, which means we’re getting her interpretation of the track, not the translator’s third-hand experience.

As mentioned briefly before, the English dub is very good, two of the kids are voiced by actual child actors (Gideon Modisettas Aoyama and Landen Beattie as Uchida) which not only makes them sound more authentic but they’re also good little actors too. One of the children, Hamamoto, is weirdly voiced by adult voiceover Anne Yatco (and it does sound like an adult voicing a child) but the performance is still good all-round. Other veterans in the cast include Keith Silverstein and Erika Harlatcher who perform their roles well.

On-disc extras include interviews with the director and author of the original story, as well as a promo video and, interestingly, there’s a compilation video for Ishida’s past works, but sadly none of the work shown is available in the UK. The collector’s edition set also comes with a rigid case, digipack and 300-page full colour storybook.

If you love the surreal nature of Masaaki Yuasa’s work and the more whimsical nature of Studio Ghibli or Makoto Shinkai, then you’ll likely find a lot to love about Penguin Highway. If, however you’re more logically inclined like the film’s lead then you may not get as swept up in the movie. But there’s no denying that it’s charming, entertaining and has penguins. Lots and lots of penguins. 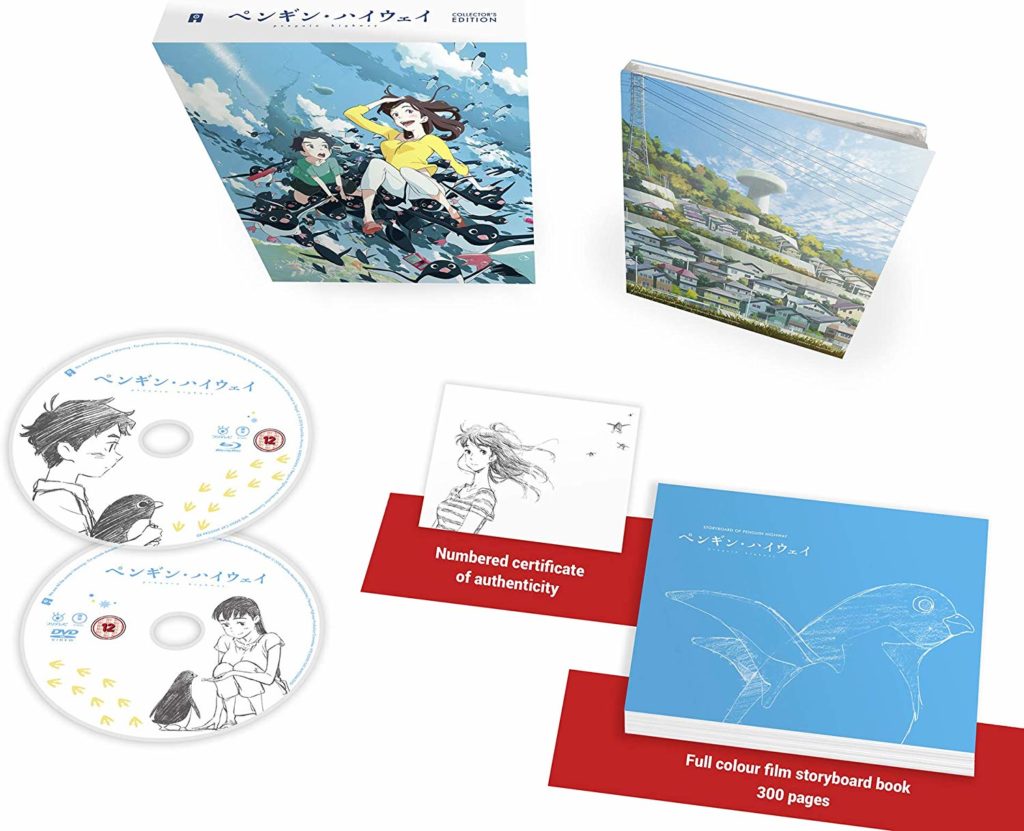 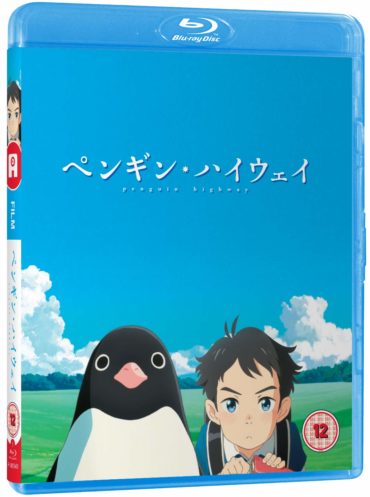 “A Whisker Away”, the latest anime feature film from Penguin Highway’s Studio Colorido and screenwriter Mari Okada, is coming to Netflix globally in June!