Warning: Contains spoilers to previous volumes of the manga.

While Aya Kanno’s manga is not exactly faithful to the events depicted in William Shakespeare’s play Richard III, and in turn Richard III is not exactly faithful to the events that took place in actual history, Requiem of the Rose King is nevertheless still a thrilling read. This volume in particular sets up things nicely for one of the shadiest periods of the history of the British Isles.

To set the scene, ruling England at the moment is the boy king Edward V, nephew of (the intersex-rather-than-hunchbacked) Richard III, currently Duke of Gloucester. Richard has just survived an attempt to remove his powers by Lord Hastings, whom Richard swiftly kills by cutting off his head. Those grovelling for Richard’s forgiveness are given it, so long as they swear loyalty to him.

Later, plans are set in motion to hold Edward V’s coronation on the summer solstice, with Edward’s brother, Prince Richard (for those not familiar with the story, the range of names the characters are given is somewhat limited, but that’s what the people were all called) proposing holding a hunting competition to celebrate the occasion. However, the hunt is secretly a plan, co-organised by the Queen Mother Elizabeth Woodville, to have Duke Richard killed in an “accident”. At the same time Duke Richard, along with his closest friend (and gay lover) Buckingham and loyal (black) attendant Catesby, continue to hunt for evidence that Edward V is not a legitimate claimant to the throne, thus allowing Duke Richard the right to step in and become King of England himself.

Requiem of the Rose King is a series that gains in some areas while it lacks in others. The obvious lack is clearly the historical inaccuracies. A point covered in previous Anime UK News reviews of the series, there is much that differs between the manga, the Shakespeare play, and actual history, so the series has never been one for purists. More recent volumes have played up what is now a gay affair between Richard and Buckingham for example. The hunt that is depicted in this volume is also an event that never happened. Mind you, it is difficult to research Richard III and hunting, as all that comes up is articles about hunting his body in Leicester car parks.

What the series gains is action and tension. This volume starts off with Duke Richard decapitating someone, so it is clearly going to escalate from there, as we see when it comes to the hunt sequence, with those taking part forced to do so in fancy costumes. As well as these action-packed scenes, we also get to see some aspects of Duke Richard’s family life. There is a scene with his wife Anne where Richard ends up performing the “kabedon”, while Edward V decides that if Duke Richard loses the hunt, he will take the duke’s oldest son, yet another Edward, to be his manservant.

The series continues to be gripping, but the most disturbing part of the story is still to come. Given that this is all based, admittedly loosely, on historical fact, the next volume deals with the most contentious part of the entire story of Richard III. In unlucky Volume 13, we will begin to see what is in store for the Princes in the Tower. 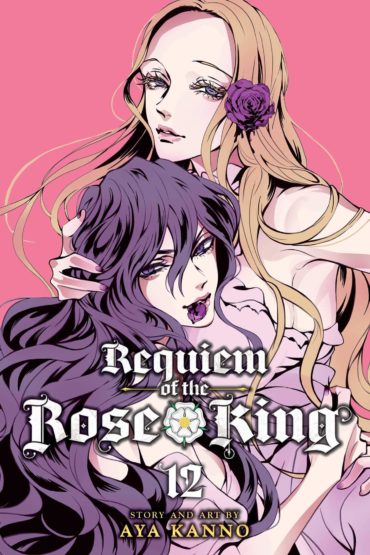