New listings have appeared for UK distributor Manga Entertainment going over the next batch of anime releases coming to the United Kingdom and Ireland territories for the fourth quarter of 2020.

As we have mentioned in our write-up for the first batch, the on-going situation with the world is still affecting production for the UK anime distributors, including Manga Entertainment, so the release dates below may change at the last second beyond the distributor’s control. 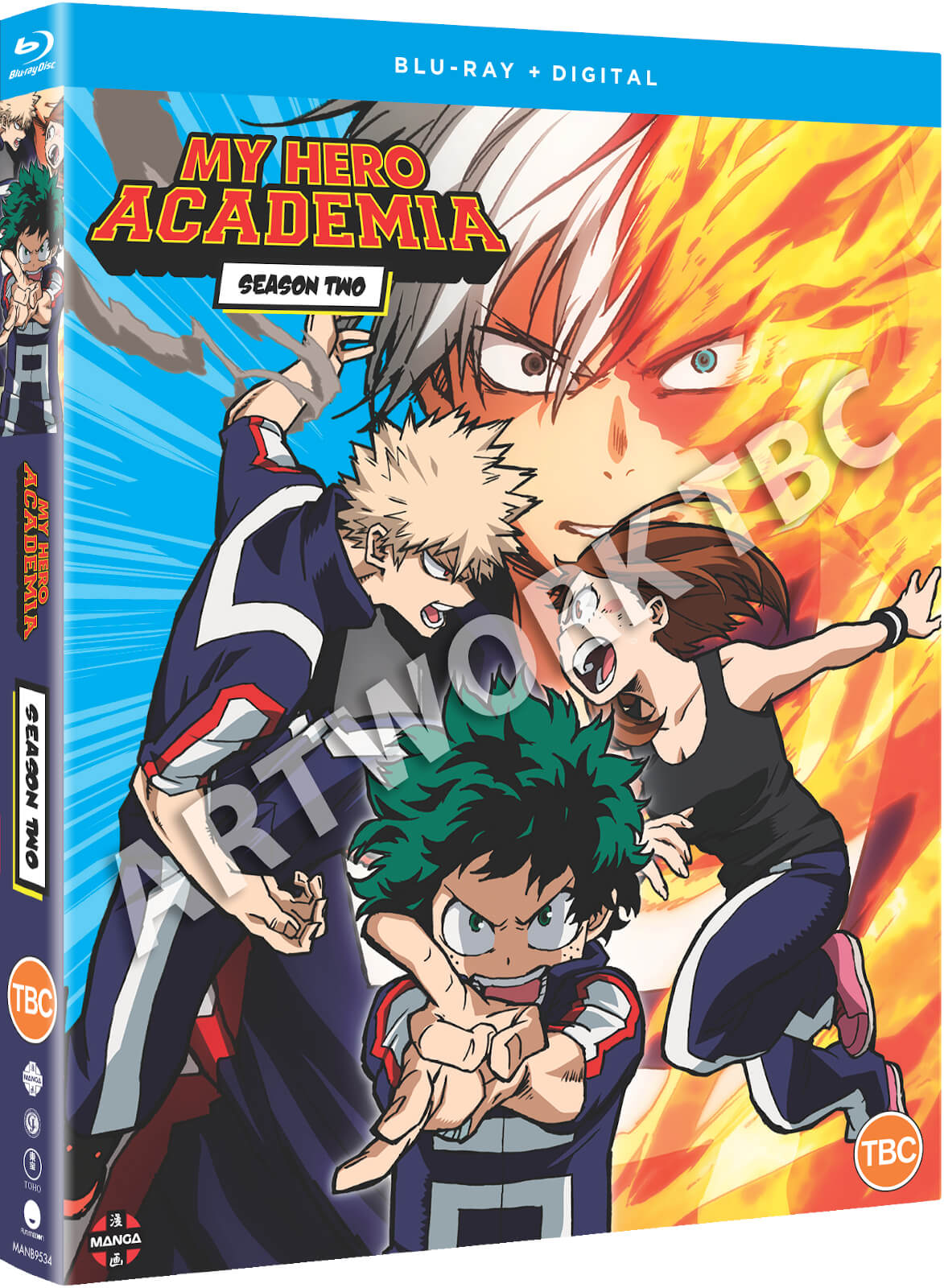 The new additions for the second batch are all dedicated to the My Hero Academia anime franchise! With the theatrical release of Heroes Rising back in February and the upcoming release of the complete Season 2 collection for 5th October 2020, Manga Entertainment is planning on bringing more for both newcomers and fans of the franchise. All artwork below is not yet finalised. 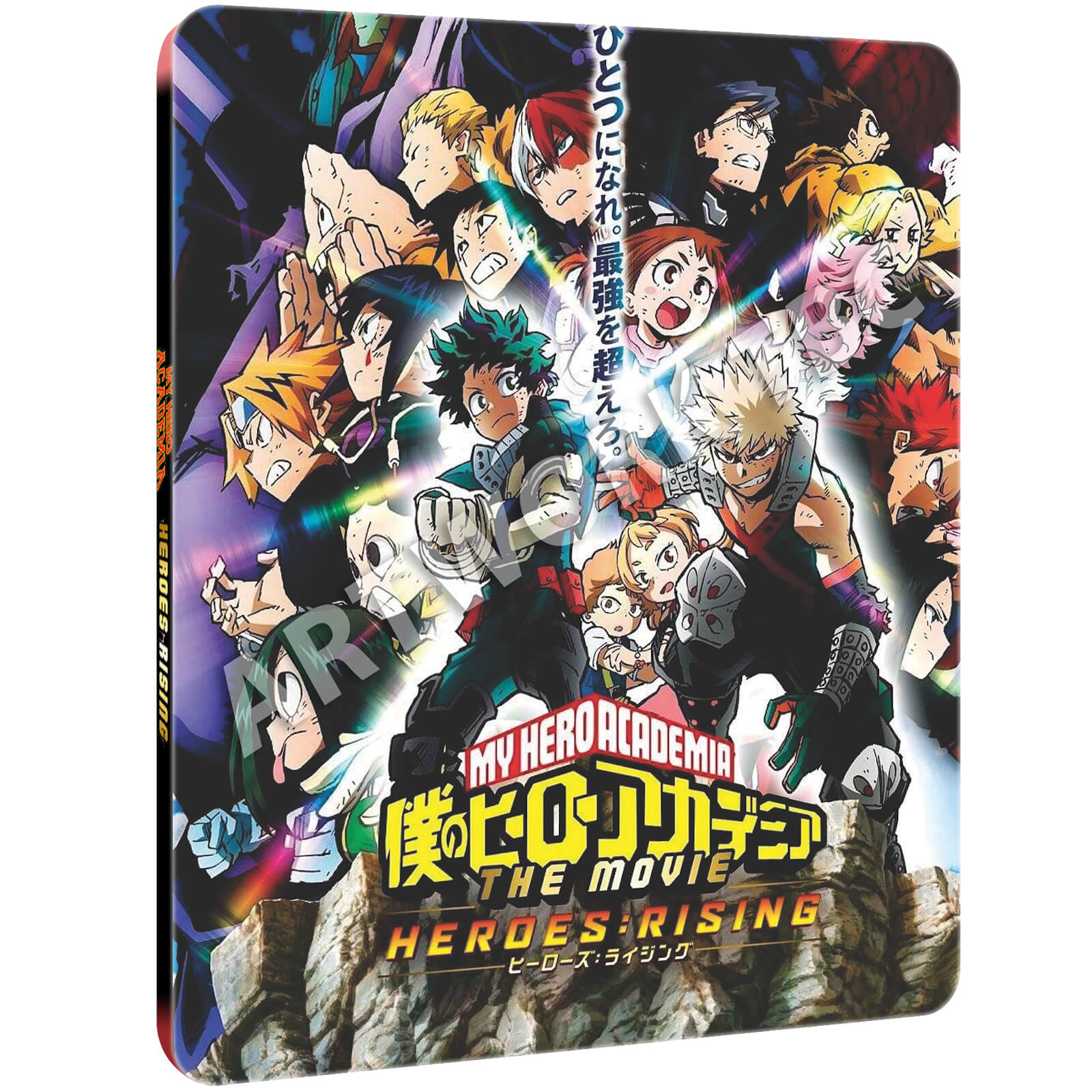 Starting off with the home video release for My Hero Academia the Movie: Heroes Rising, the second theatrical film in the franchise. Much like the first film Two Heroes, it will be available in both standard Blu-ray (SRP £24.99) and DVD (SRP £19.99). releases as well as a collector’s edition Blu-ray & DVD combo pack steelbook (SRP £29.99) on 26th October 2020. A double film pack with Two Heroes will also be available on Blu-ray (SRP £29.99) and DVD (£24.99). 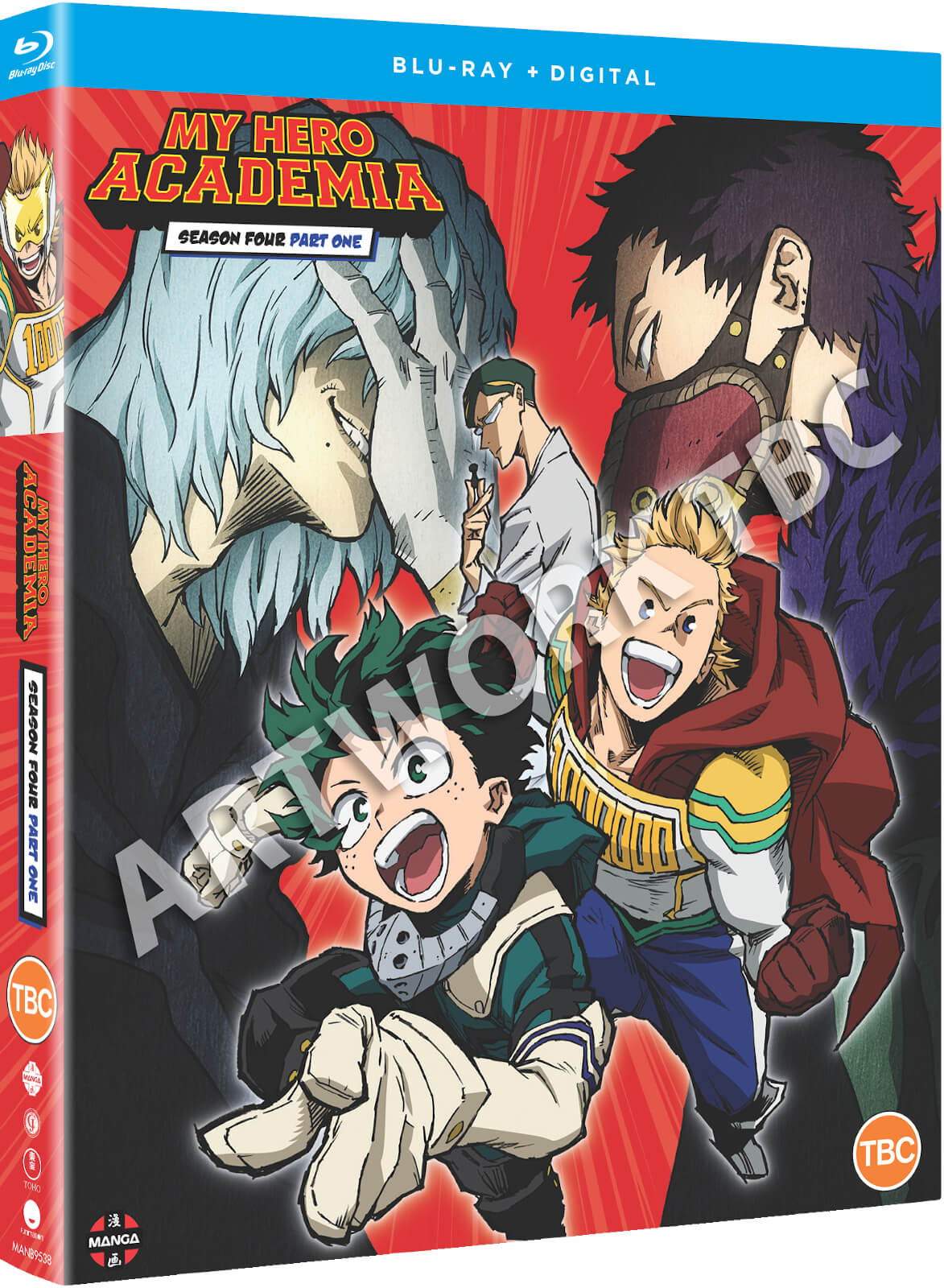 If that wasn’t enough, we have some more re-releases coming this fourth quarter from the distributor! 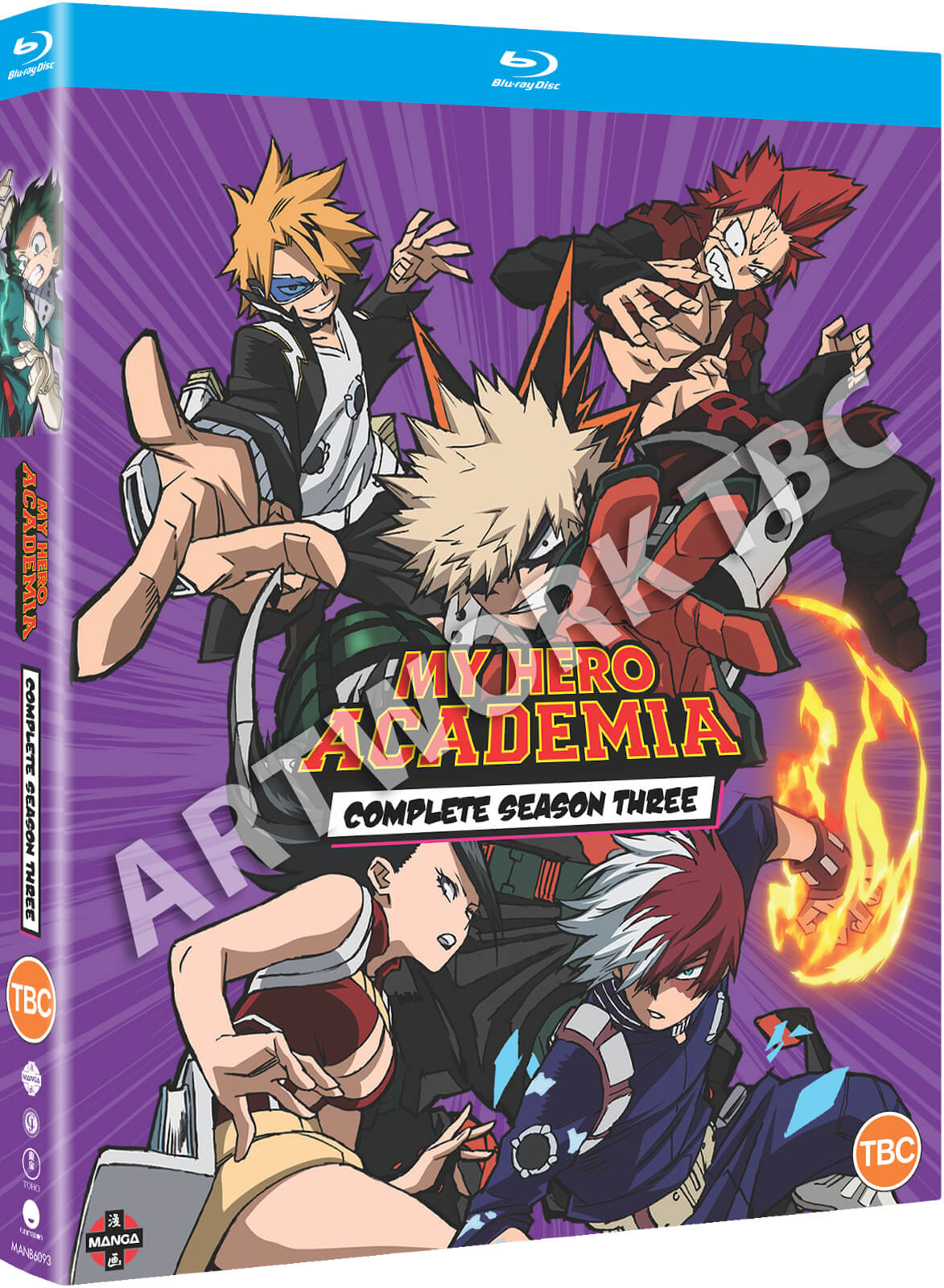 A complete collection for My Hero Academia Season 3 is coming to the UK on Blu-ray (SRP £44.99) and DVD (SRP £34.99). The Season 3 collection contains episodes 39 to 63 (all 25 episodes) which covers the Forest Training camp, Hideout Raid, and Provisional Hero License Exam story arcs, is scheduled for 16th November 2020. 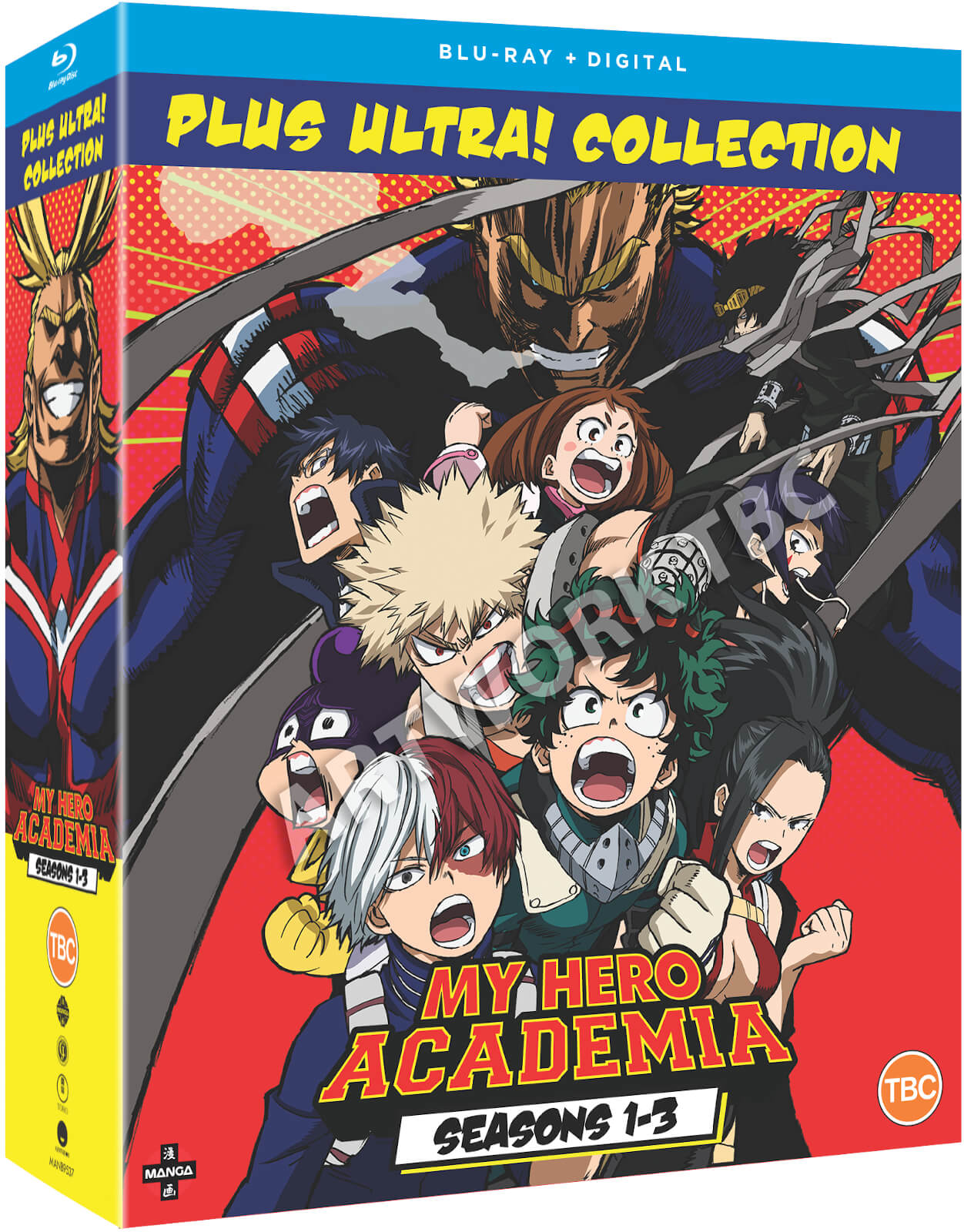 Also coming is a special complete collection that covers My Hero Academia Seasons 1 to 3 on Blu-ray (SRP £129.99) and DVD (SRP £79.99). The complete collection contains episodes 1 to 63 (all 63 episodes) which covers the start of the story all the way to the Provisional Hero License Exam story arcs, is scheduled for 16th November 2020.

Source: All listings above were revealed by Zavvi 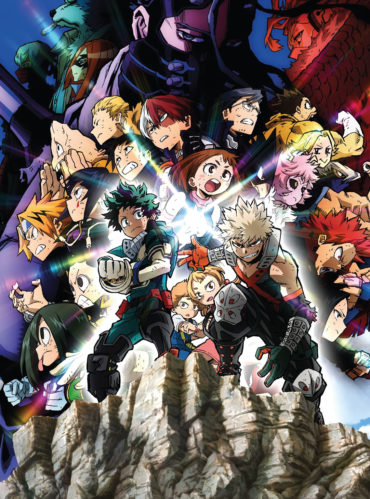 The ever-popular My Hero Academia continues its physical media release here in the UK with “Season 3 Part 2”, but after such a smash hit of a Part 1, what can Part 2 do to live up to the hype?

My Hero Academia is back on the big screen with its second cinematic outing – but is it just more predictable shonen spin-off action, or does Heroes Rising buck the trend and deliver something special?