When Naoki Urasawa began his latest manga with an opening colour scene depicting Tokyo in the year 2020 in a massive panic and the locals fearing for their lives, little did he know that in a small way he was being rather prophetic. However, it was not entirely accurate, because in this manga it is not a virus that is causing devastation, but a Godzilla-like monster. As this carnage rages on, we are told that: “This is the story of a nameless girl and the fearless, graceful life she led, from the postwar years to the present day.”

Asadora! then takes us back to the start, in the Port of Nagoya in 1959. Asa is a young girl who has ten siblings, and is soon about to joined by another as her mother goes into labour again. Asa runs off to fetch her local doctor, but it is a tricky business as a typhoon is fast approaching. She reaches the doctor, who in turn gives Asa a raincoat with his name on it to keep her dry as he goes off to help Asa’s mother, with Asa deciding to go on foot rather than hold up the doctor. On her way home, Asa bumps into Shota, a local lad in training for the next Olympics as a runner, but as they talk, Asa spots a burglar leaving the scene of a crime. Asa gives chase, leaving the burglar no option but to grab her and take her off to a secluded spot.

The burglar, whose name is Kasuga, mistakenly believes Asa to be related to the local doctor, thanks to the raincoat, but Asa corrects him. Kasuga then goes onto to explain his actions, saying this is the first time he has committed a burglary. In his early life, he was in the air force during WWII, but his main concern was getting his crew back safely rather than killing Americans. After the war, he struggled to find work, and has stooped to this level. He decides to turn himself in, but then the typhoon becomes stronger. Asa and Kasuga take shelter in a shipping container until the storm dies down. When they emerge, they see that Nagoya has been entirely flooded. The typhoon that hit was Typhoon Vera, the strongest and deadliest typhoon ever to make landfall in Japan. Over 5,000 people were killed by it.

Seeing the devastation, Asa and Kasuga decide to unite in order to help the locals, with Kasuga knowing where he can find a light aircraft and also knowing a diner owner who can make rice balls to feed the survivors. In the aircraft, they can also see the damage from above, with Asa trying to search for her house. When she comes across the location where it should be, she instead finds a giant, monster-like footprint.

Those familiar with Naoki Urasawa’s work will know that this is not the first time he has written about giant monsters. In the short-story anthology Sneeze, one of the tales, Kaiju Kingdom, is about a Japan in an alternate reality in which Tokyo is regularly attacked by giant kaiju creatures, which results in a massive tourist boom for the city every year. We know from the introduction to Asadora! that Asa is somehow connected to this monster, and we see more connections at the end of this volume. The real-life typhoon has already been the cause of much destruction, but this new mysterious element makes everything more intriguing, which is where Urasawa’s strengths as a writer lie. Urasawa is able to grab the attention of his readers, whether it be in the form of the cataclysmic destruction that our characters witness, or simple moments of calm after the storm. With these, we also see his talent for art.

One of the other appealing elements of this series is the two main characters: Asa is a girl in a household with so many children that everyone else in town constantly gets her name muddled up with one of her siblings, who also often ends up being the last one to eat because she is so young in comparison to the others. Kasuga is someone who fought for his country, only for his services to become useless after the war ended, going through countless disasters, and sinking so low that he has to turn to crime. When the two unite however in these tragic circumstances, they are both able to do some good in a time of crisis.

The translation by John Werry appears to have no obvious issues. The manga also comes with translation notes for some of the more obscure references. As mentioned, the manga also includes some colour pages as a little extra too.

This opening volume sets up plenty of tantalising treats as to what comes next, and it should make for a thrilling read. 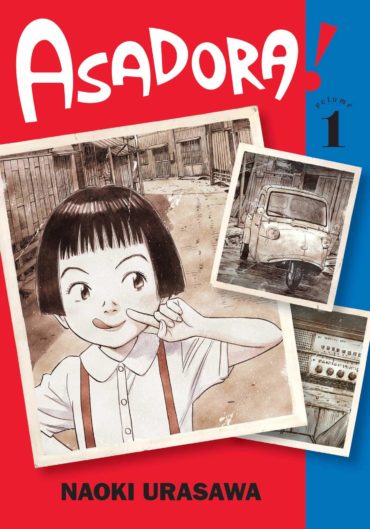