You were meant for me

Naoki Urasawa is certainly one of the best manga artists around. When the “Perfect Edition” of his crime thriller series Monster was released by VIZ Media, it was so good that when I was working for MyM Magazine it was one of the few series I gave a 10 out of 10 rating to.

As  with Monster, the “Perfect Edition” of Urasawa’s sci-fi thriller 20th Century Boys releases the series in 2-in-1 volumes (thus there will be eleven books in all) and also includes original colour pictures. The only major problem with this manga is that it ends in the year 2017, so it is no longer set in the future, but the fact that it was set in the near future doesn’t really seem to be the main point of the story, which deals more with conspiracy, cults and predictions.

The manga appears to have a non-linear storyline, jumping around different eras in this volume, from 1969 to what was then the future December 2000, but most of the main action is in 1997. The main character, Kenji Endo, a failed guitarist who is now the owner of a convenience store that used to be his grandfather’s liquor store. He is busy not just looking after the store, but also his niece Kanna after his sister disappeared.

While out and about he sees a strange symbol: a hand pointing up with an eye drawn on it, with the hand inside a larger eye. He remembers that the symbol was created by him and his friends Otcho, Yoshitsune and Maruo when they were kids back in 1969. Back then, they played in a field thinking up stories about an evil organisation that planned to destroy the world, which they in turn would fight against.

Back in 1997, Kenji encounters other oddities. There are news reports of people in Africa and later in San Francisco suddenly dying of a disease which causes people to bleed to death but have no external injuries. Later, another of their childhood friends, nicknamed Donkey, reportedly commits suicide. Kenji also begins to see the old symbol appear more often. Kenji and his friends begin to find clues connecting current events to their childhood past.

As read, we also learn that the symbol is being used by a secret organisation whose members tend not to refer to each other by name. They instead tend to refer to each other and their leader as “Friend”. We soon begin to realise that the evil group that Kenji and his mates imagined when they were children is actually coming about, with genuine plans to take over the planet.

The storytelling is what makes Urasawa’s manga so compelling. It can be hard at first to understand, given that the story is constantly going back and forth between different periods in time, but eventually you begin to piece together the basic elements of the story and see what Kenji is eventually going to have to confront. The plot still comes across well in Akemi Wegmuller’s translation. The manga also comes across with some translation notes, which is rare for a VIZ release.

The artwork is also great. Urasawa’s character design is great, as are some of the more striking landscapes. However, it is obviously the symbol that is the main attraction. This weird-looking sign somehow draws you into this peculiar world.

If this version of 20th Century Boys is as good as the Monster “Perfect Edition”, then this is a series that you should get. 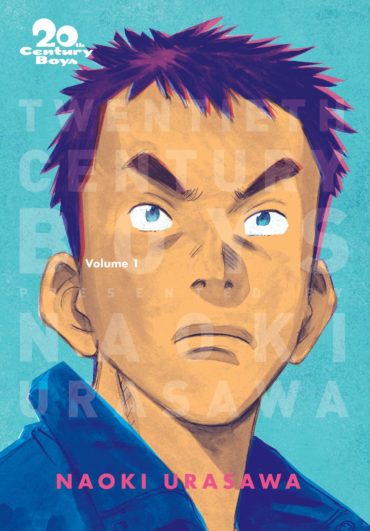