Streaming service Crunchyroll has revealed another batch of new simulcast additions for their Autumn 2021 anime season line-up. These were announced during 24th, 25th & 28th September across a few individual updates on their official news post.

For the first batch of announcements, you can view them here. Both the previous write-up and this current write-up will be updated to include show page links and simulcast times when available.

Currently, each series will be available in Japanese audio with English subtitles for United Kingdom, Ireland, United States, Canada, Australia, New Zealand and as well as many territories outside Asia.

UPDATE 15th October: KAGINADO and POP TEAM EPIC REPEAT have been added to the simulcast line-up. You can view the details below. 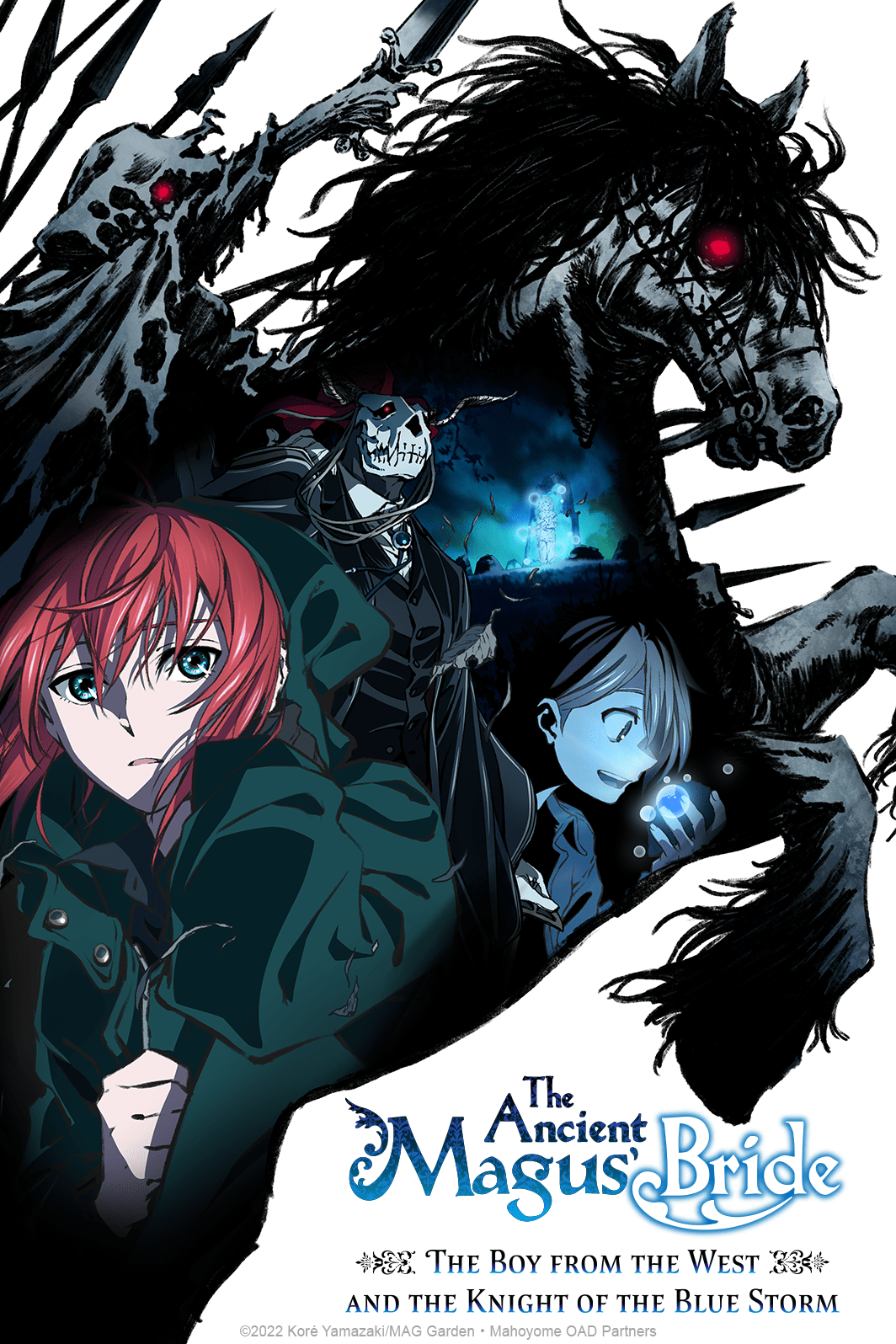 The Ancient Magus’ Bride: The Boy From the West and the Knight of the Blue Storm (Mahoutsukai no Yome: Nishi no Shounen to Seiran no Kishi)

Based on the manga series written by Kore Yamazaki, this new anime is the first of three OADs that were among the 16th, 17th & 18th manga volumes from Japan. Adapted into an anime by Studio Kafka, the first episode will be available this season while the second and third are scheduled for 2022.

“Hatori Chise has lived a life full of neglect and abuse, devoid of anything resembling love. Far from the warmth of family, she has had her share of troubles and pitfalls. Just when all hope seems lost, a fateful encounter awaits her. When a man with the head of a beast, wielding strange powers, obtains her through a slave auction, Chise’s life will never be the same again. The man is a “magus,”a sorcerer of great power, who decides to free Chise from the bonds of captivity. The magus then makes a bold statement: Chise will become his apprentice–and his bride!”
Season 1 Plot Synopsis via Crunchyroll 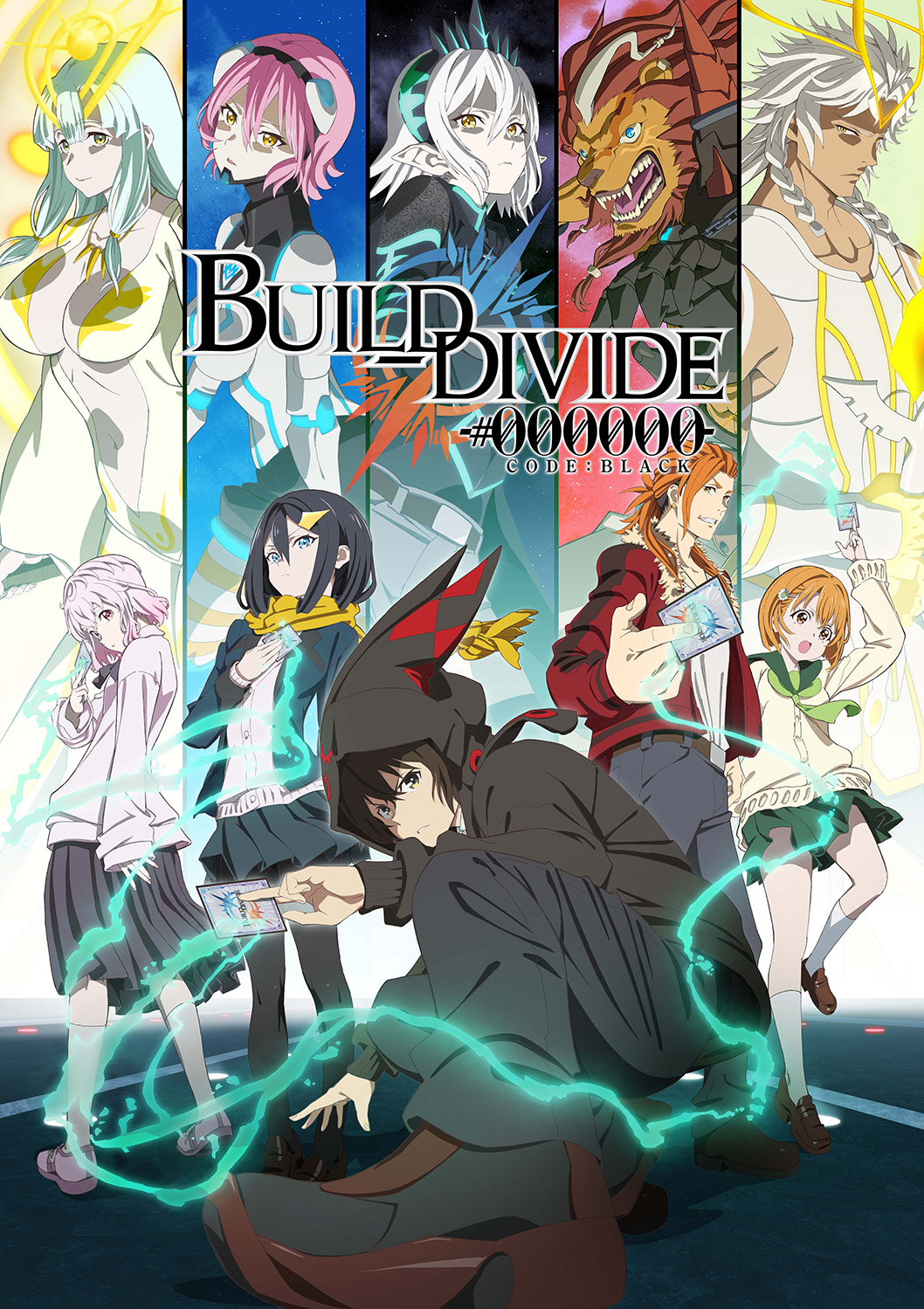 From 9th Oct, New Episodes every Saturday at 6:00pm BST

A multi-media project that consists of an anime adaptation by studio Liden Films and a collectible card game. The first season will air during this Autumn, while the second season is scheduled for Spring 2022. Funimation will also simulcast the series on behalf of Aniplex of America.

“In a city where the King reigns supreme, your strength in Build-Divide determines everything… Neo Kyoto. There is a rumor circulating in Neo Kyoto.

“Anyone able to defeat the King in Build-Divide shall be granted whatever their heart desires.” In order to challenge the King, one must first enter the battle known as Rebuild. There, they will have to complete the “Key.” Everyone Has a Wish They Hope To Have Granted. The young Teruto Kurabe vows to defeat the King so that he can get what he longs for. He, with a little guidance from the mysterious Sakura Banka, dives headfirst into the Rebuild Battle.

Now, the city of Neo Kyoto is the stage and BUILD-DIVIDE is the game! Watch as the battle unfolds for Teruto and his friends”
Plot Synopsis via Aniplex of America 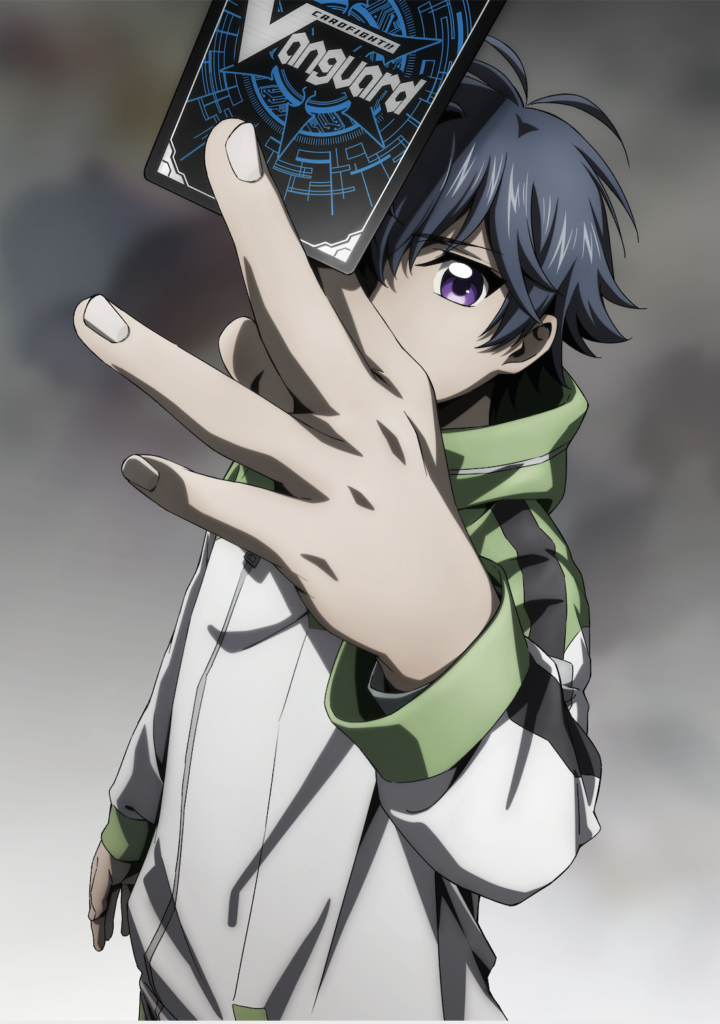 From 4th Oct, New Episodes every Monday at 4:40pm BST

Original anime series by studios Kinema Citrus, GIFTanimation and Studio Jemi. A third and fourth season are confirmed to be in the works.

“Third-year middle school student Yu-yu Kondo lives in Kanazawa city of the country of Kaga. Being unable to reject requests, Yu-yu often gets caught up in his sister’s hobbies. When Yu-yu could no longer bear it and ran away from home, he was saved by Megumi Okura. Megumi invites Yu-yu to the Night Amusement Park “Wonder Hill” where her friends gather. The amusement park is where many youths of the Vanguard-centric group “Team Blackout” gather. And this is how Yu-yu encounters Vanguard and was drawn in by the appeal of Vanguard and the world and friends he had never seen before.”
Plot Synopsis via Crunchyroll 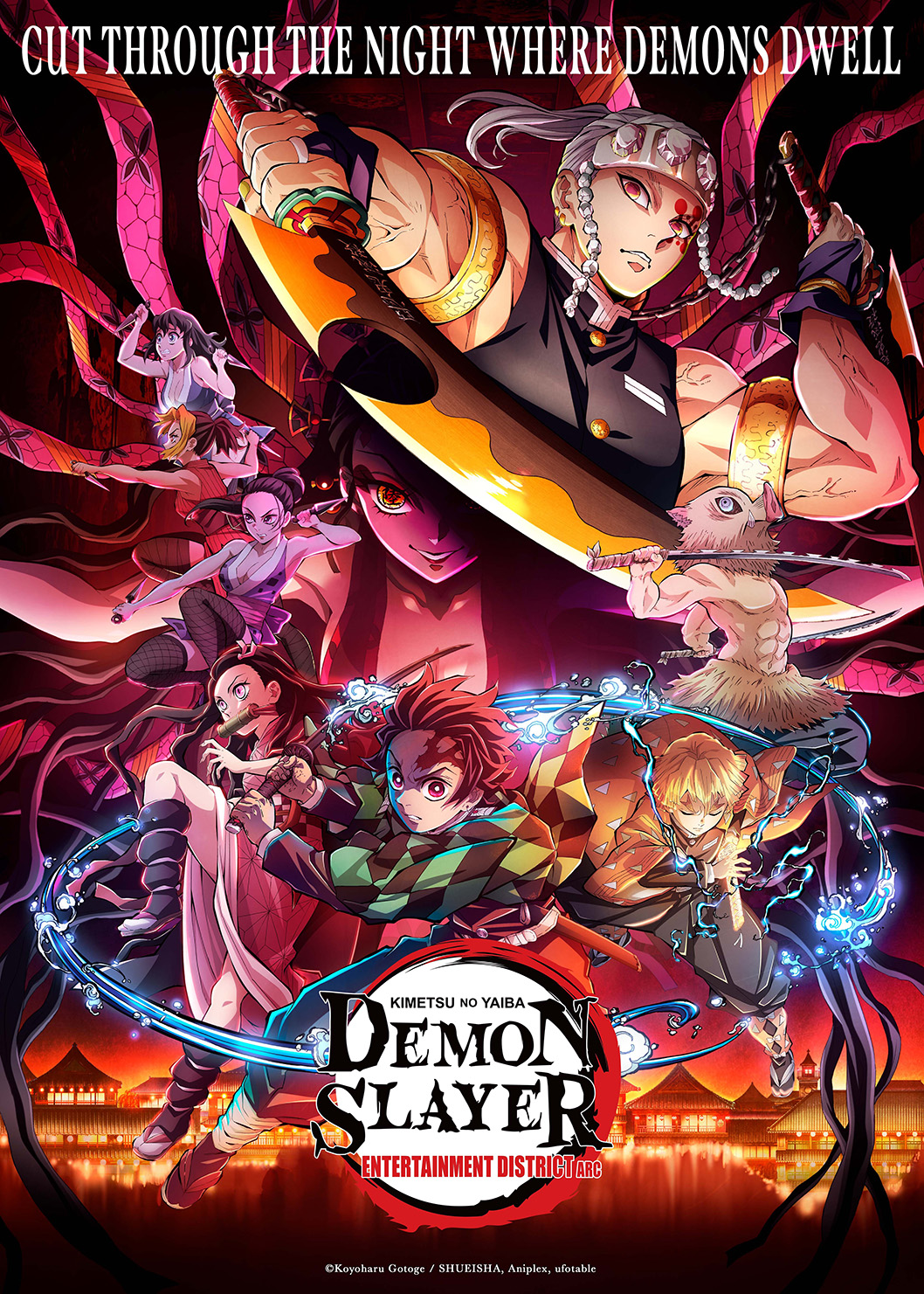 From 10th Oct, New Episodes every Sunday at 4:45pm BST

Based on the manga series written by Koyoharu Gotouge, the new anime season currently consists of two story arcs. Adapted into an anime by studio Ufotable, episodes 1-7 will be based on the Mugen Train arc, re-using footage from the theatrical film and includes new scenes as well as an original first episode. From 5th December onwards, episode 8 will then begin the Entertainment District arc. Funimation will also simulcast the series on behalf of Aniplex of America.

“It is the Taisho Period in Japan. Tanjiro, a kindhearted boy who sells charcoal for a living, finds his family slaughtered by a demon. To make matters worse, his younger sister Nezuko, the sole survivor, has been transformed into a demon herself. Though devastated by this grim reality, Tanjiro resolves to become a “demon slayer” so that he can turn his sister back into a human, and kill the demon that massacred his family.”
Season 1 Plot Synopsis via Crunchyroll 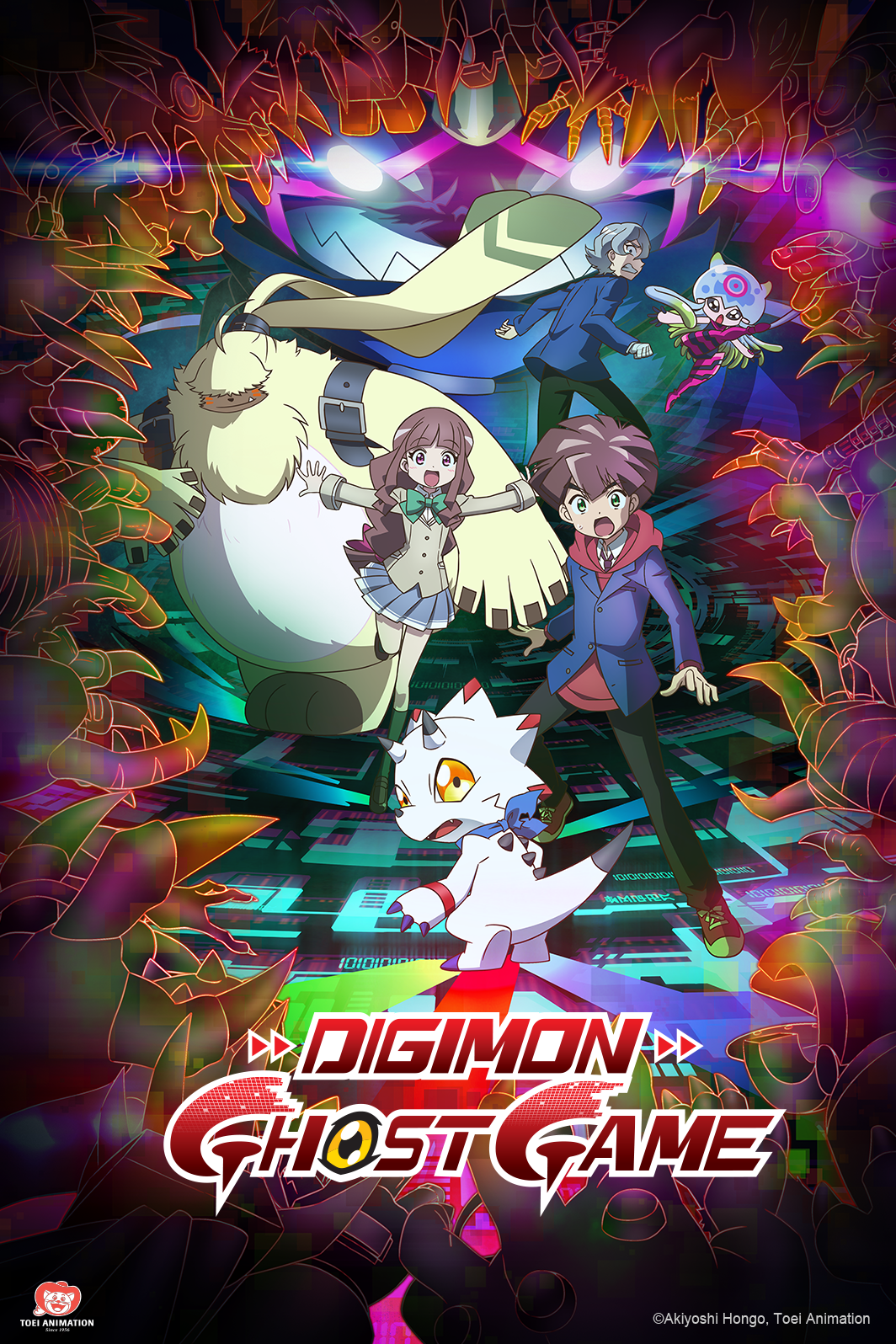 From 3rd Oct, New Episodes every Sunday at 3:30am BST

An original anime series by studio Toei Animation and directed by Kimitoshi Chioka and Masato Mitsuka.

“Not far in the future, technology has advanced. On social media, dubious rumors are spreading about the mysterious “hologram ghost” phenomenon. First year middle school student Hiro Amanokawa activates a strange object left behind by his father, a Digivice. Suddenly he can see mysterious creatures that no one else can, called Digimon. That’s how Hiro meets the mischievous Digimon, Gammamon, and his whole world changes. Now he’s confronted scary monsters like the “mouth-sewn man” and a mummy that kidnaps humans.”
Plot Synopsis via AnimeNewsNetwork 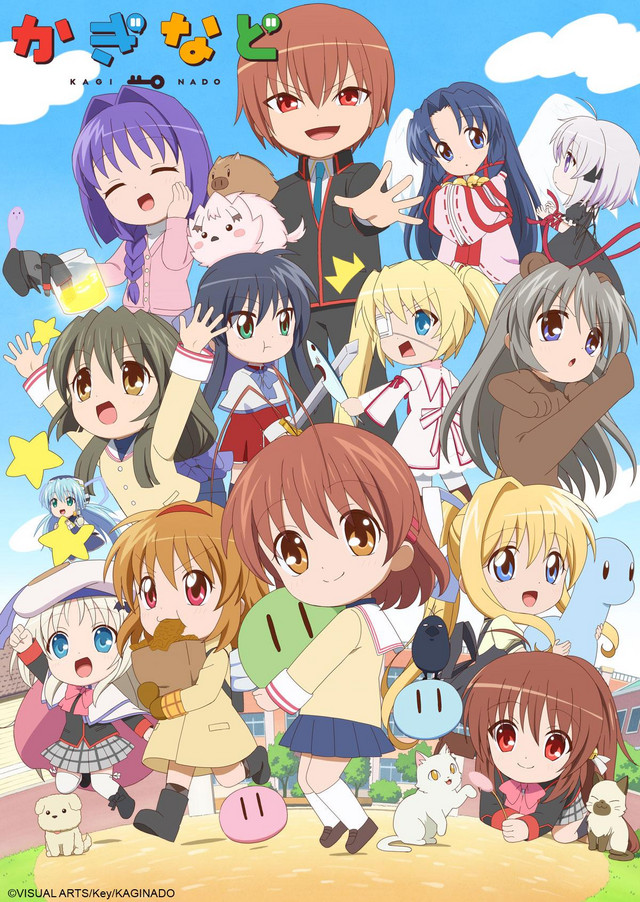 From 12th Oct, New Episodes every Tuesday at 5:30pm BST

An original anime series featuring characters from different visual novel and anime projects by Key, including Air, CLANNAD, Little Busters! and more. The anime is produced by studio Liden Films Kyoto Studio. Funimation and HIDIVE will also simulcast the series.

“――This is the story of a small miracle. Stars from different universes and different times that were never meant to cross paths. By irony of fate, these stars come together in “Kaginado Academy”. What awaits them there is a lively school life full of hope and dreams. The wonderful encounters provide the stars with new radiance. What awaits beyond that radiance…?”
Plot Synopsis via Crunchyroll 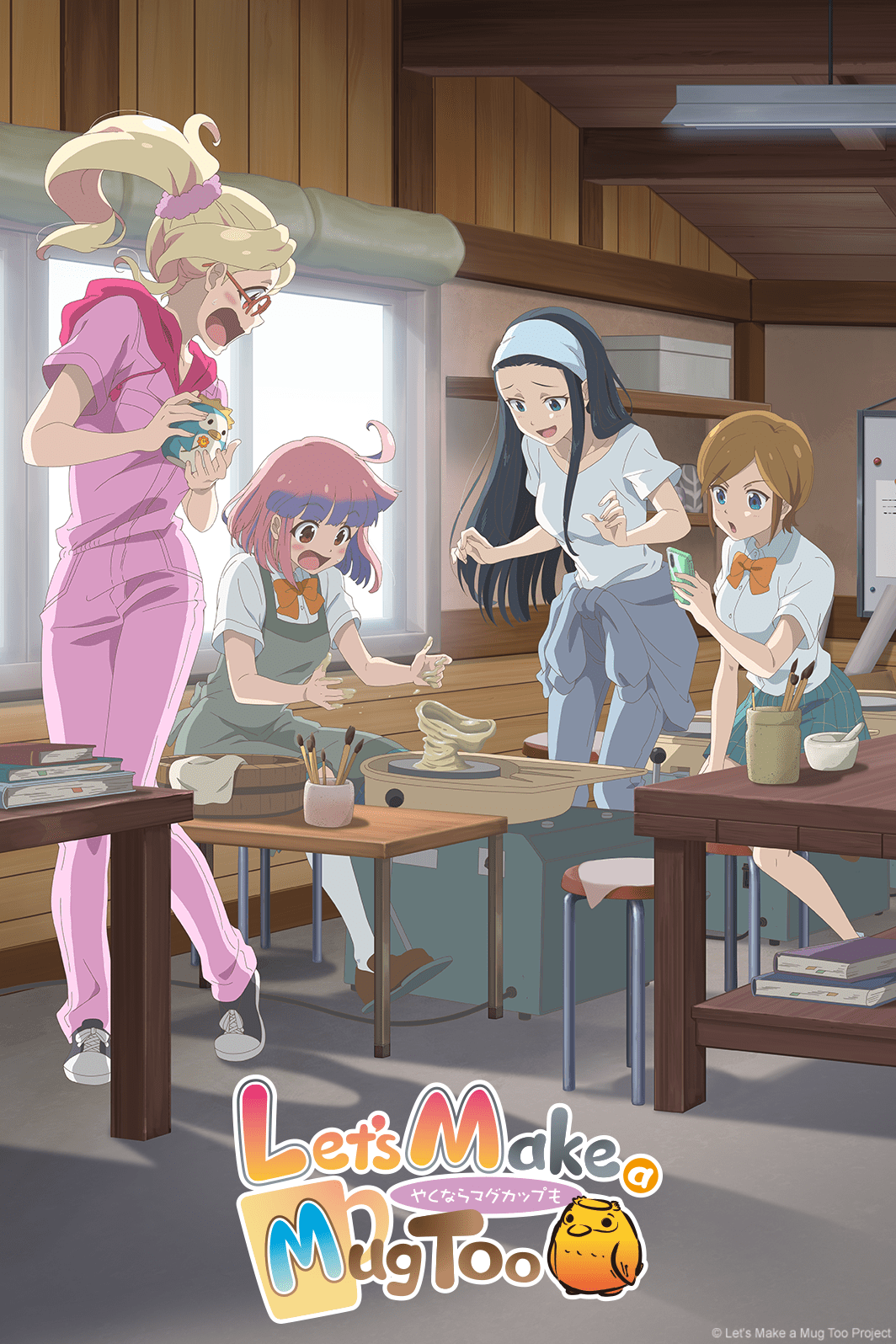 From 1st Oct, New Episodes every Friday at 7:00pm BST

Based on the manga series by Planet, the second season is animated by studio Nippon Animation.

“Together with her father, who had quit his salaryman job, Toyokawa Himeno moves to Gifu prefecture’s Tajimi city. That’s the city where her mother is from, whom she had lost when she was still young. Himeno is now attending her mother’s alma mater, where her classmate Kukuri Mika invites her to tag along to a special place. That place turns out to be the pottery club! There, she learns for the first time that her mother was a legendary potter, and is consequently pulled into the world of pottery.”
Season 1 Plot Synopsis via Crunchyroll 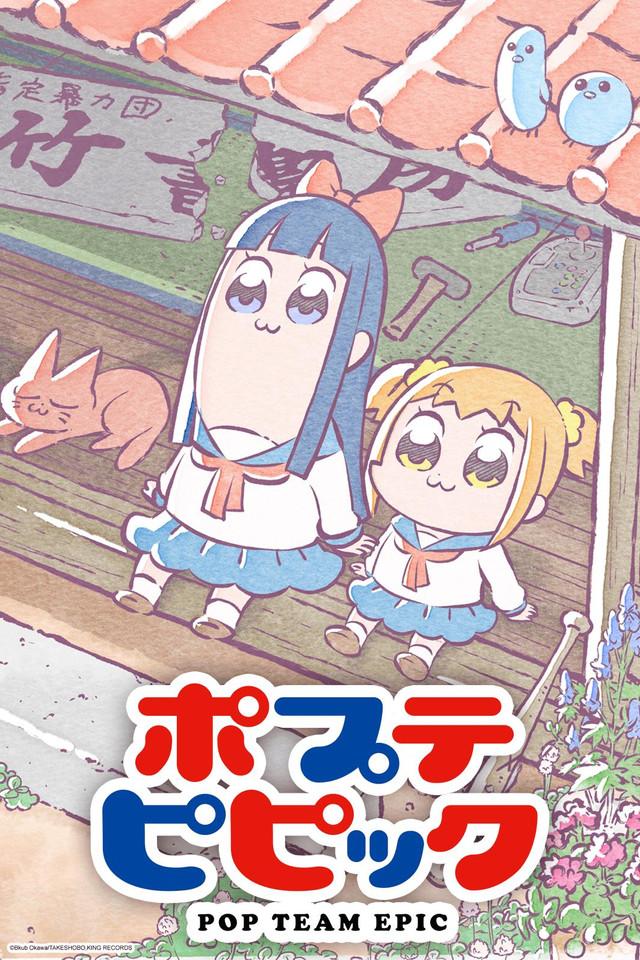 From 9th Oct, New Episodes every Saturday at 6:00pm BST

Based on Bkub Okawa’s comedy parody manga series, the anime adaptation by studio Kamikaze Douga receives a remix version that features the exact same episodes with different voice actors from before. Funimation and HIDIVE will also simulcast the series.

“Crude, rude, and a little…cute? Get ready for the larger-than-life attitude of Popuko and Pipimi, the small and tall stars of Pop Team Epic! Based off the bizarre four-panel webcomic by Bukubu Okawa comes a comedy that’ll throw you off with its out-there jokes and intense absurdity. You think you’re ready for these girls? Think again, F#%**er!”
Plot Synopsis via Crunchyroll 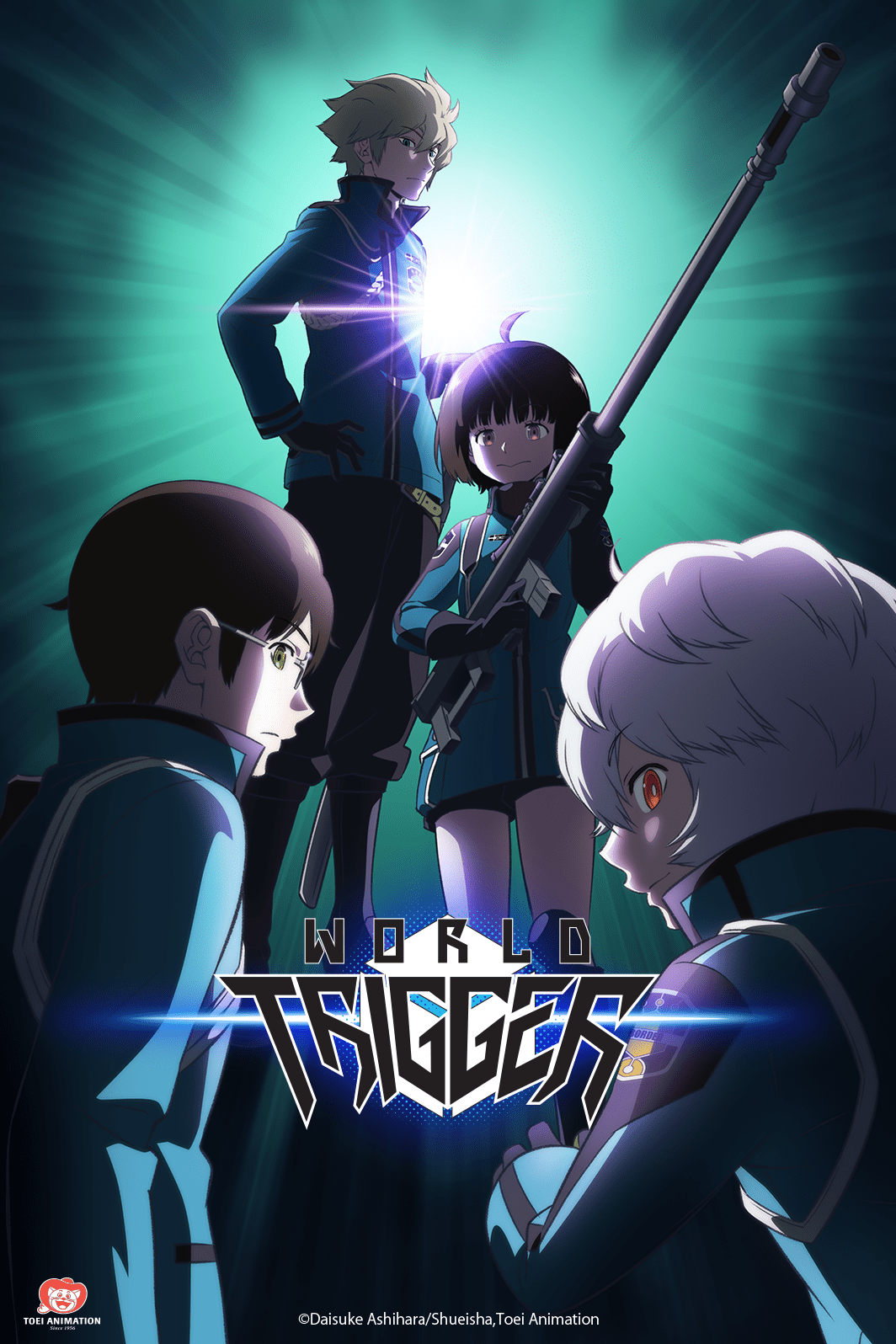 From 9th Oct, New Episodes every Sunday at 7:30pm BST

Based on the manga series written by Daisuke Ashihara, the third season is animated by studio Toei Animation.

“One day, a gate to another world opened in Mikado City. Invaders from another dimension, referred to thereafter as Neighbors, overran the area around the gate, leaving the city gripped by fear. However, a mysterious group suddenly appeared and repelled the Neighbors. This Border Defense Agency independently researches Neighbor technology and fights to protect this world. In a short time, they managed to build an enormous base and prepare a defensive system against the Neighbors. it’s been four years since then.”
Season 1 Plot Synopsis via Crunchyroll 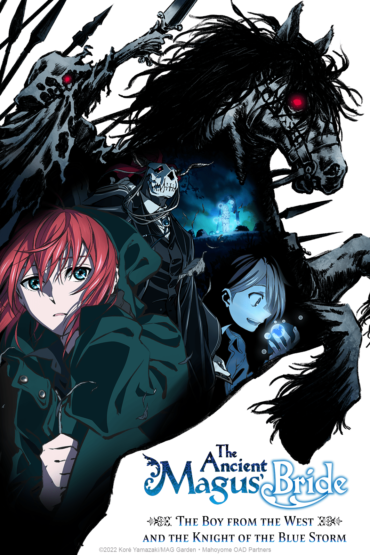