Since the anime adaptation of Shimesaba’s Higehiro: After Being Rejected, I Shaved and Took In a High School Runaway aired in 2021, fans have been eager to see the original light novels brought to the English market. Luckily for us, it was announced last year that Kadokawa would be entering the English publishing market themselves and releasing Higehiro and other light novel titles. After numerous delays, the first part of Higehiro is now on sale and having picked it up myself, I can say that the quality of translation is troubling.

Higehiro is the story of 26-year-old Yoshida who, having been rejected by the woman he loves, gets blind drunk. On the way home, he finds a lone high school girl called Sayu sitting under a lamppost. Because she has nowhere else to go, Yoshida invites her back to his place to give her a safer alternative to her finding someone else who will take advantage of her. This naturally develops into the two of them living together, at least until Yoshida can work out how to help Sayu find a safe way of living. The series is complete at 5 volumes in Japan, the anime is available on Crunchyroll in English and the manga is available through One Peace Books.

Kadokawa is releasing the light novels in individual parts, each containing a portion of the books’ total chapters. Part 1 costs £1.41 and contains the prologue and chapters 1-3 (of 19 total including the prologue and epilogue), which worked out as 50 pages. According to this Tweet from the publisher, Part 2 will include chapters 4-6, so if they can continue at that rate there’ll be 6 parts which should average out as £8.46 for the entire book. Not a bad price compared to physical light novels, but that already runs much more expensive than most of Yen Press’ digital output which averages £5.61 on BookWalker.

So, given the cost, you’d expect this release to be of high quality, right? Well, that’s where the problems begin. The translation for this release is credited to MediBang, a company that is known for its horrifically low pay rate. The company handles quite a lot of manga translation work such as titles on Manga Plus, and Kadokawa also employ them for their own manga releases, so perhaps it’s no surprise to see them credited here for Higehiro.

The problem is that MediBang translations are not particularly good. They’re more or less accurate and are passable for a manga, but when it comes to a light novel where the prose is the most important part, it all begins to fall apart. Even just on page one, there is an error that sets the tone for the rest of the book. 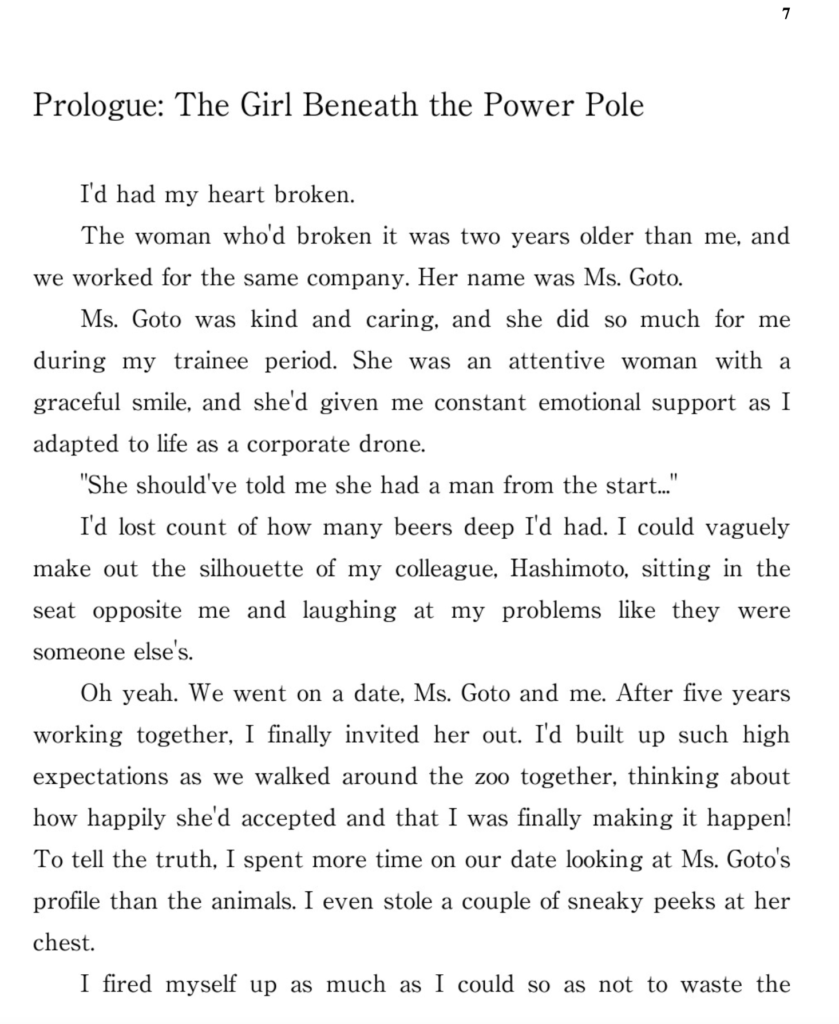 The line reads “I’d lost count of how many beers deep I’d had.”, which is both the wrong tense and doesn’t read well. In Japanese, the line is “もう何倍ビールを飲んだか分からない”, which excusing some margin for error in my take, would be something like “I don’t know how many beers I’ve had”. The MediBang translation was going for that but didn’t meet the mark.

While there are no other obviously broken lines like that, there continues to be a real problem with the translation switching between past and present tense – even in the same sentence! This is coupled with nonsensical sentences and dialogue that could have been cut down to half the length it currently is. The most disappointing thing is that quite a few of these lines could have been smoothed out with a bit more editing. It’s certainly not unsalvageable, and little tweaks here and there would have gone a long way.

As it stands, this translation is not up to the quality we’ve come to know and expect from the industry, especially not from a company like Kadokawa who own BookWalker, J-Novel Club and Yen Press (the latter two having a good reputation for their translations overall). At this point, it’s probably too late for Higehiro’s issues to be fixed, at least for this volume, but I hope Kadokawa will listen to feedback and either stop working with MediBang or put their own editing/proofreading pass over the work.

At present these translations aren’t worth spending the kind of money Kadokawa is asking for, which is disappointing not only for fans of Higehiro but also for the light novel industry as a whole. As a critic I certainly wouldn’t be able to recommend this product to perspective readers should I have been reviewing it given the problems here. This is not only a shame for them, but also the author whose work won’t be able to find a new audience in the West now. I hope that problems like this won’t continue being the case for Kadokawa publications going forward, but with yet more platforms and publishers considering machine translation and so on the future is uncertain for the quality of releases we’ve come to expect. 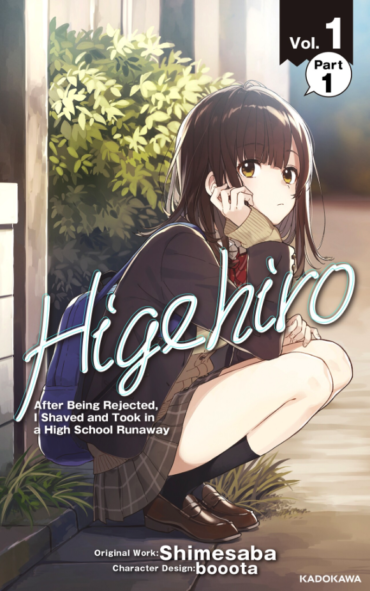 Higehiro: After Being Rejected, I Shaved and Took in a High School Runaway Volume 1 (Light Novel) Review

Higehiro: After Being Rejected, I Shaved and Took in a High School Runaway Volume 1 tells the story of 26-year-old Yoshida and the high school runaway he takes home one drunken night. Now with a polished editing job from Yen Press!