Last year Kodansha began releasing Chasing After Aoi Koshiba, a yuri series by Hazuki Takeoha and Fly. Since then, the series has reached its conclusion in Japan, so what better time than now to take a look at a couple more volumes and find out if the manga continues to be an entertaining read.

Rather than focus on protagonist Sahoko or love interest Aoi, Volume 2 of Chasing After Aoi Koshiba puts the spotlight on one of our heroine’s friends, Inaba. Being in the second year of high school, Inaba is working a part-time job and figuring out who she is. She’s currently dating a coworker but feels very little in the way of sparks when she’s with him.

To begin with, Inaba wonders if she’s simply not cut out for romance, but when Sahoko kisses her because of a dare, she quickly realises that she might be gay and has feelings for Sahoko who she knows is crushing on Aoi. Inaba promptly breaks up with her boyfriend and begins to pursue Sahoko, but will she be too late?

Meanwhile, in Sahoko’s world, she finds herself in a whirlwind of emotions when Aoi is asked out on a date! Caught between being a supportive friend and her romantic feelings, Sahoko ends up stalking Aoi on her date and praying for it to fall apart. 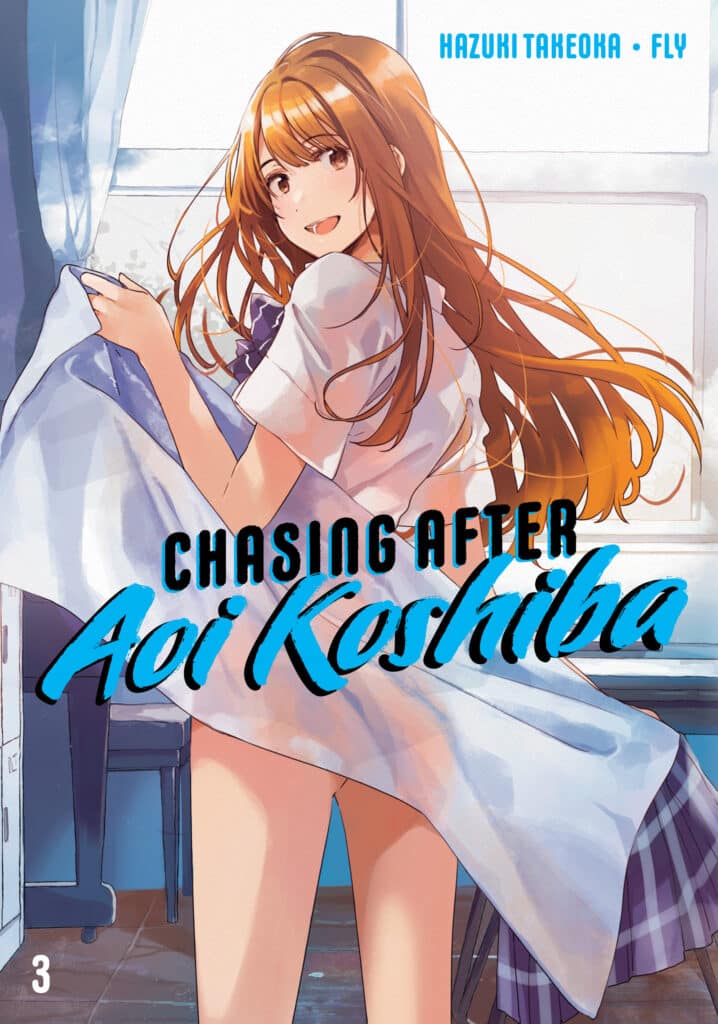 Once that’s over we move into Volume 3, which opens with the introduction of a new character – Yumi. As it turns out Yumi is fiercely jealous of Sahoko, who stands at the top of the class as a ‘popular girl’ but when she meets one of Sahoko’s old middle-school friends she’s shocked to discover that this popular girl used to be a geek just like her!

Now with pictures of Sahoko from her nerd days in hand, Yumi begins to anonymously bully her. Our protagonist went out of her way to move to a high school where no one knew her, so this not only ruins her image but also threatens to bring all the lies she’s told crashing down around her.

Sahoko has always said that she dated the ace of the football team in middle school, so Inaba reasons that Sahoko only needs to bring evidence of this into the school to clear her name and prove she isn’t this shy girl with glasses in the photos. Of course, no such evidence exists and Sahoko finds herself driven into a corner. What will her friends think of her if the truth comes out? Worse, what will her crush do if she finds out she’s been lied to all this time!

On the whole, these two volumes offer a great deal of character development for the cast, but I can’t help but notice we’re yet to get to the point where Sahoko and Aoi lose touch with one another. Given the whole set-up in the future is the fact Sahoko and Aoi aren’t talking anymore, I’ve been eager to find out what caused that and now we’re left with only a single volume to answer that question. In the small snippets we’ve seen set in the future, not much has changed there either, so the story is going to have a lot to wrap up all at once.

While I appreciate the time spent on Inaba, I can’t help but wonder if the story about Sahoko’s past should have been in Volume 2 instead. Then Volume 3 could have begun the final arc. It’s hard to imagine that the ending will be satisfactory the way things are going right now and that’s a shame, given how strong the initial release was. It doesn’t help that it feels like Aoi has been sidelined for these books while other things have been happening around Sahoko, so despite development for everyone else, Aoi hasn’t been given much since Volume 1 (at least beyond the date chapters). Perhaps what frustrates me most is that both of these instalments are great, but if they’re at the expense of a good conclusion then that will invariably leave a sour taste for many.

As previously mentioned, Chasing After Aoi Koshiba Volumes 2 and 3 come to the West thanks to Kodansha. However, on the translation front, Volume 2 changes hands from Alexa Frank to Rose Padgett and then that changes for Volume 3 to Alethea Nibley & Athena Nibley. Thankfully, character voices stay consistent and there aren’t any issues ,despite having gone through so many hands. Kodansha currently has Volume 4 scheduled for a release in December, so we have quite a while to wait before we reach the conclusion.

Overall, Chasing After Aoi Koshiba changes direction to expand on the side cast and give Sahoko a challenge to overcome. While readers will appreciate this, I worry the final book won’t have time to wrap up everything and even beyond that, it’s disappointing that Aoi has been put aside for the most part when her relationship with Sahoko was the major selling point to begin with. 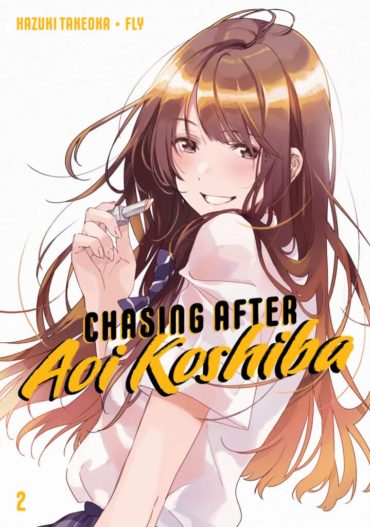 Last Gender: When We Are Nameless Volume 1 Review

In a back alley of Tokyo, you’ll find BAR California, a place where anyone is welcome regardless of background and identity. It’s a place to take a break from the world and the eyes of society, something very important to the cast of this series.

Run Away With Me, Girl Volume 1 Review

First love may not have worked out for protagonist Maki, but when she’s reunited with high school sweetheart Midori, she begins to realise that even ten years later her feelings haven’t faded. Could this reunion be destiny?