In Volume 9 of Rent-A-Girlfriend, we saw Kazuya manage to repair his friendship with Mizuhara, after showing off his dependable side at a mixer. However, afterwards, Mizuhara finds herself on a train with Kazuya’s ex-girlfriend Mami which sets in motion even more problems…

As we open Volume 10, we find Mami confronting Mizuhara about her relationship with Kazuya. In a previous volume, Mami told Mizuhara to stop pretending to date her ex but since then she’s spotted  Mizuhara’s bag at Kazuya’s place, convincing her that something is still going on. On top of that, Volume 9 saw her meet Ruka for the first time, who declared herself Kazuya’s girlfriend. Now Mami is determined to get to the bottom of all this and expose Kazuya’s lies to his friends and family.

While you might expect this book to focus on Mami’s antics, it instead swaps focus to Kazuya who has just discovered that Mizuhara has been promoted to the ‘regular class’ at her workplace. Now renting her costs an extra ¥1,000 (about £6) an hour, but there’s no way that’s enough to stop Kazuya. Of course, since he’s paying more for her services, Kazuya decides he might as well make an extra request and asks Mizuhara to go on a date with him in her school uniform…

Of course, Mizuhara agrees to his request (after all, there are weirder things he could have asked for) and the two embark on a date that teenage Kazuya could only have dreamt of. They decide to go all out, eating delicious snacks and taking romantic photos in the arcades photo booth. To top it off, the two ride on a Ferris wheel, which proves a perfect ending to the day Kazuya so carefully planned out.

Because of the family birthday party, Kazuya tells Ruka he can’t spend the day with her, which she’s upset about but willing to put up with – until she finds out he’ll be spending all day with Mizuhara! Now Ruka is determined to join in the festivities as well, causing yet another headache for our protagonist. 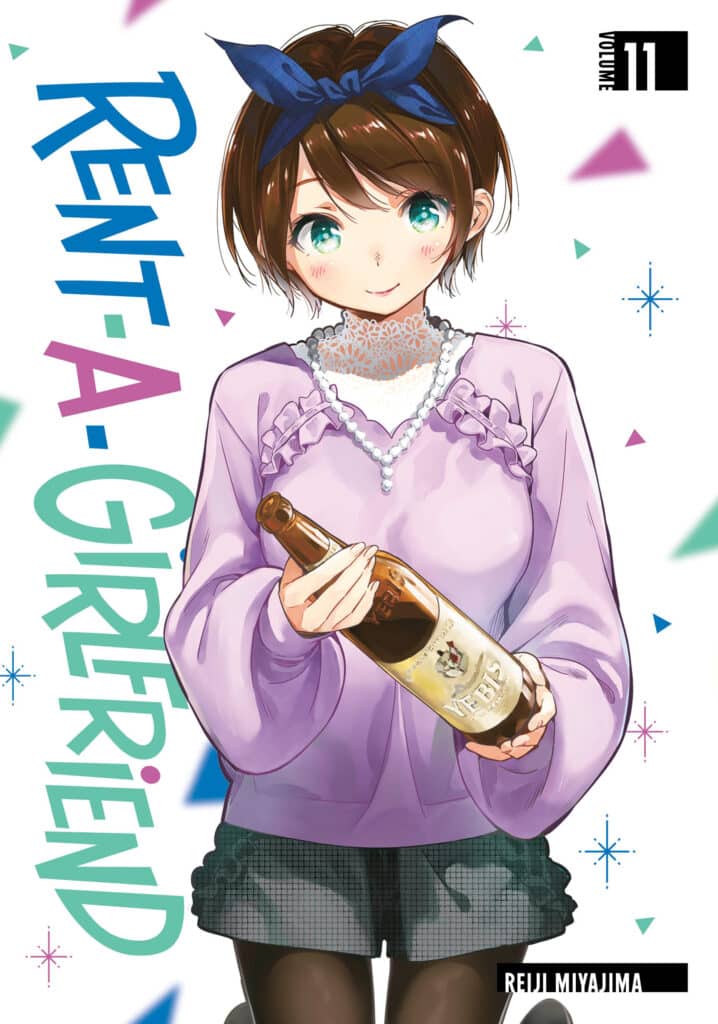 So in Volume 11, we find ourselves in the middle of Kazuya’s birthday party with both Ruka and Mizuhara present. Things go from bad to worse when his grandmother offers Mizuhara the ring her husband proposed to her with, in the hopes that she and Kazuya will use it as an engagement ring someday. Naturally, our protagonist knows full well this is a step too far and prepares to tell the truth about Mizuhara simply being a rental girlfriend but before he can, Mizuhara receives news that her own grandmother’s health has taken a turn for the worse.

As always with Rent-A-Girlfriend, we find ourselves going from one problem to the next as Kazuya tries to navigate the thick web of lies he and Mizuhara have constructed. The date chapters in Volume 9 offered a nice reprieve from this before we jumped full force into the birthday party storyline. It’s also nice to have spent some time with Ruka, who has been neglected recently as the series spent a while focusing just on Mizuhara. You can’t help but feel sorry for poor Ruka as she sits through this party, unable to reveal who she really is and sees a ring being gifted to her boyfriend and his rental girlfriend.

I’d also like to take a moment to sit back and appreciate the fact we’re now 11 volumes through the series and it’s still as entertaining as it was back in Volume 1. Author Reiji Miyajima always manages to keep readers engaged and coming back for more thanks to skilful uses of cliff-hangers and hitting us with an unexpected development in the plot at the best possible time. Will these strengths continue for another 11+ volumes? I don’t know, but right now I’m happy to keep following the story of Kazuya’s life in the hopes he eventually finds himself with a happy ending.

Rent-A-Girlfriend Volume 10 and 11 come to the West thanks to Kodansha and continue to be translated by Kevin Gifford. The translations read well with no issues to note. Volume 12 of the series is already available with Volume 13 scheduled for a release in June.

Overall, these two instalments of Rent-A-Girlfriend offer the kinds of developments we’ve come to expect from the series with Kazuya finding himself embroiled even deeper in his lies. Surely at some point, it will all come crashing down around him, but we’ve not quite reached that point yet. 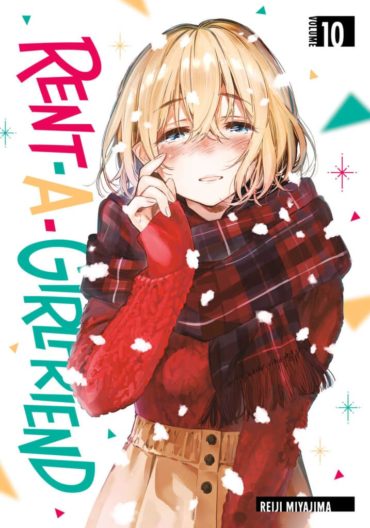