Warning: This review contains some spoilers. We’ve tried to keep them to a minimum but the content of the two books can’t really be discussed without covering some of the spoilers in detail.

At the end of Volume 6 of Something’s Wrong With Us, protagonist Nao discovered that her mother was once romantically involved with Tsubaki’s father and that Nao herself is his daughter. With this shocking revelation in hand, we enter into Volume 7 of the series to find out what’s next for the cast.

When we begin the book, we find Nao thinking about how she can’t go through with her marriage to Tsubaki and deciding to leave the shop behind her and make a new life for herself before the wedding is due to go ahead. Meanwhile, Tsubaki is once again wondering if Nao is ‘Sakura’, the girl he was fond of as a child but ultimately resolves to put those fears to bed – that is until his old fiancée Shiori arrives and tells Tsubaki about rumours about Nao’s mother being known as a murderer…

Before leaving Tsubaki behind, Nao is still determined to find some proof that her mother is innocent and an opportunity may have just presented itself. Normally the room Tsubaki’s father was murdered in is sealed off, except on the night of the anniversary of Kogetsuan’s founding, when Tsubaki’s grandfather hosts his “Tea Gathering at Sundown”. During the event, Nao hopes to slip away into the room to search for proof of her mother’s innocence but little does she know this day has plenty of unexpected drama in store for everyone. 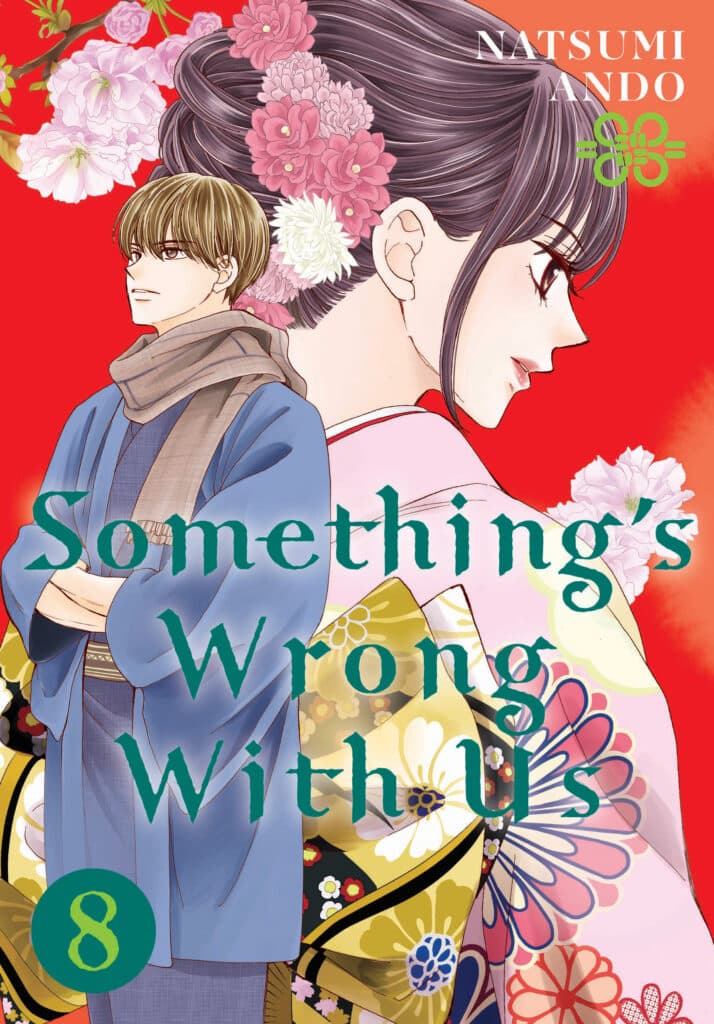 The events in the second half of Volume 7 act as a turning point for the whole series and significantly change the trajectory. Volume 8 picks up ten months after the events of Volume 7 where Nao is no longer at Kogetsuan and Tsubaki is left in the dark about where she is and how she’s doing. But given that almost a year has passed, Tsubaki is beginning to move on with his life and perhaps romance is in the air with his ex-fiancée Shiori who keeps visiting for wagashi lessons and ends up working for the store.

It’s not until halfway through Volume 8 that we readers are reunited with Nao and get to see what she’s been up to in the last ten months. Without giving anything away, it’s safe to say that her motivation to prove her mother’s innocence is as strong as ever and the path she’s on now is still in pursuit of that.

On the whole, I love what author Natsumi Ando has done between these two books. I’ve commented before that the path of the series has been becoming increasingly stale as the plot went in circles. Now having had a reset, there is a lot of room for growth as Ando fills out the new plotlines that have been introduced. I also appreciate that Ando chose to swap perspectives from Nao to Tsubaki for a substantial amount of Volume 8 since at that point it was desperately needed for his character development.

I will admit that the whole thing at the end of Volume 7 is a little melodramatic, which may annoy some readers but I’m not too bothered by that myself since this series has had a habit of being overly silly at times anyway. The most important thing is that it proves an entertaining read and keeps you on the hook through to the end. Volume 8 in particularly has renewed my interest in the future of the story a great deal, which is probably the best thing I could say about the series at this point.

Something’s Wrong With Us Volumes 7 and 8 come to the West thanks to Kodansha and continue to be translated by Sawa Matsueda Savage. Meanwhile, lettering duties have changed hands from Sara Linsley to Nicole Roderick. Both the lettering and translation read fine and as always there are plenty of translation notes at the back of the volumes that give more information on the sweets presented throughout the story. Volume 9 of the series is scheduled for an English release in July.

Overall, these two volumes of Something’s Wrong With Us serve to revitalise the series and significantly change the direction of the story. With plenty of new plot threads to explore and mysteries to get to the bottom of, the future is looking bright for this manga. 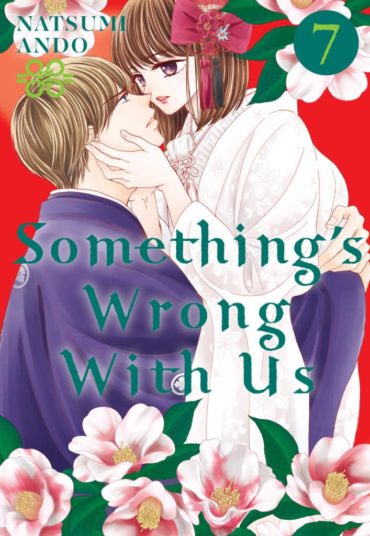 Title
Something's Wrong With Us Volume 7 and 8