In Volume 1 of The Otherworlder, Exploring the Dungeon we met protagonist Souya who was sent on a mission from Japan to another world to bring back resources found in the Tower of Legion dungeon there. Here in Volume 2, he continues in pursuit of the rewards lurking in the depths of the dungeon, but if Souya has learnt one thing from his time in this world so far, it’s that nothing is ever as easy as it seems…

Throughout the first book, Souya managed to create a comfortable home base and find a party of adventurers willing to work with him. He’s even engaged to an Elf called Lana who, together with her sister Éa, lives in Souya’s base with him. So, it’s fair to say that plenty of unexpected things have happened so far, but Souya’s life is by no means bad. Together with the rest of his party, Souya has been steadily progressing through the floors of the Tower of Legion and earning himself some decent money to live on while he’s in this world.

However, the group’s descent into the dungeon comes to a sudden halt when a powerful monster known as the Dragonoise Mydranga appears and blocks the stairways down. Every rookie adventurer around wants to make a name for themselves by being the group to take it down, Souya’s team included, but our protagonist worries that taking it on is reckless and will lead to someone losing their life. Eventually, Souya is persuaded to attempt to defeat the monster but little does he know that this fight will be the least of his team’s worries…

Like the first entry in the series, this book comes in at just over 300 pages, making it a long read compared to your average light novel. I’d like to say a lot happens in that time that’s significant to the story, but honestly, a lot of time is dedicated to scenes of the cast cooking and sharing meals. I don’t dislike these portions of the story since it’s nice to see the cast enjoying themselves without the stress of their everyday trek into the dungeon looming over them, but at the same time, they feel at odds with the theme and feel of the story otherwise.

From the first few pages of The Otherworlder, Exploring the Dungeon Volume 1, we knew this world wasn’t all sunshine and rainbows. If Souya trusted the wrong person or let his guard down, he was likely to be betrayed or taken advantage of or – worst case – killed. So these happy-go-lucky meals together don’t particularly fit in with that, even if Souya is in a slightly better position now he has people he can trust and rely on. And the reality is that even here in Volume 2 the world isn’t particularly kind to Souya or his companions as they go through their fair share of hardships.

Despite having such a large cast of characters (Souya’s party alone amounts to five, seven if you include the AI helpers), author Hinagi Asami does manage to give them all significant development. It’s a little less so for the elf sisters, seeing how theirs was in the back half of the first book, but even so, they develop in ways I wasn’t expecting to start with. I appreciate the author’s willingness to explore everything about these characters, including their histories, which in turn helps develop the setting since these characters are all from different walks of life. By the end of Volume 2, I felt satisfied with how much the story had changed for Souya and those around him. A lot happens in this entry in a relatively short space of time.

What I find myself less satisfied with is how the series is going to end in Volume 3, because at this point there is too much to wrap up in one more book and I’d be surprised if the author intended for it to end there. I fear we may be in for an open-ended conclusion that doesn’t prove satisfactory for anyone, but of course, until we have Volume 3 in hand it’s impossible to know what’s in store for us.

The Otherworlder, Exploring the Dungeon Volume 2 comes to the West thanks to Yen Press and continues to be translated by Alexandra McCullough-Garcia. The translation reads well with no issues of note. Volume 3 of the series is scheduled for a release in September.

Overall, Volume 2 of The Otherworlder, Exploring the Dungeon proves an interesting while flawed read that pits the cast against their first dangerous roadblock in the dungeon. While the pacing feels a bit misplaced due to the inclusion of all the cooking and food scenes, if you liked Volume 1 then you’ll certainly enjoy seeing what’s in store for Souya this time around. 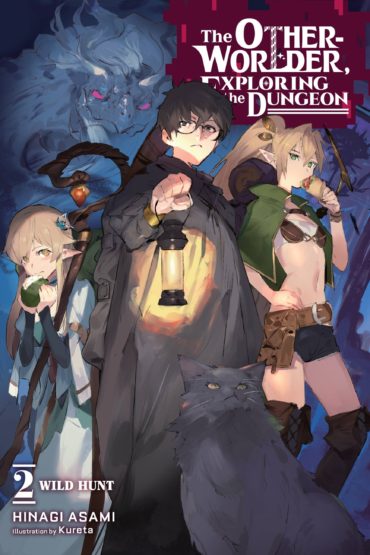