Kazuki Takahashi, celebrated worldwide as the creator of the Yu-Gi-Oh! manga and the best-selling Trading Card Game, has passed away aged 60. He was reportedly found off the coast of Nago City in Okinawa Prefecture, with snorkelling gear.

Takahashi had always enjoyed playing games such as shogi, table-top RPGs, and of course, card games. He started his career as a manga artist back in 1982, but it would be another fourteen years before he found his first notable success with Yu-Gi-Oh!, a series about a game-loving young boy who completes a puzzle brought back from Egypt by his archaeologist grandfather, subsequently allowing a mysterious spirit to take over and challenge those with darkness in their hearts to various games, with deadly consequences for the loser. The manga began serialisation in the iconic Weekly Shonen JUMP magazine a year before its now mascot-level series One Piece and went from strength to strength. After a chapter featuring a game of Takahashi’s own creation attracted significant reader attention, the story soon became focused on what would later become Duel Monsters – the inspiration for the real-life Yu-Gi-Oh! Trading Card Game, first produced by Bandai and later Konami.

Takahashi’s Yu-Gi-Oh! manga continued until 2004, by which point the series had already seen multiple anime adaptations: Toei Animation’s Yu-Gi-Oh! series adapting those early manga volumes and an original short film may have only saw release in Japan, but it was Studio Gallop’s Yu-Gi-Oh! Duel Monsters (2000-2004) that saw the franchise go international. Localised for international markets by 4Kids Entertainment, the series quickly became a staple of children’s television even here in the United Kingdom, becoming a playground phenomenon. For children who grew up in the early 2000s, Sky One’s weekly double-bills of Pokémon and Yu-Gi-Oh! were a highly anticipated reward for making it through the school week, and making sure that you had packed your Yu-Gi-Oh! deck was just as important as textbooks and lunch money.

Kazuki Takahashi remained committed to the Yu-Gi-Oh! series even after his eponymous series had concluded. He continued to supervise the plethora of reinventions and spin-offs over the years, and returned to write the screenplay for Yu-Gi-Oh! The Dark Side of Dimensions, a movie follow-up to his original series that was released in Japan in 2016 and saw overseas release the following year. Audiences were filled with adults who had grown up with the series, and whether they were still actively engaged with the franchise or not, were relishing the hit of nostalgia from hearing the likes of Eric Stuart’s comically over-confident performance as regular antagonist Seto Kaiba once again.

A reported fan of US comics such as Dark Horse Comics and Mike Mignola’s Hellboy, Comic Con International bestowed upon Kazuki Takahashi their annual Inkpot Award in 2015 in honour of his contributions to comics, inviting him into the ranks of past recipients such as celebrated Marvel comics writers Brian Michael Bendis and Ed Brubaker, as well as filmmakers Steven Spielberg and Hayao Miyazaki. Takahashi’s most recent manga, the short series The Comiq, was published in Weekly Shonen JUMP in 2018.

While the Yu-Gi-Oh! franchise has continued with new incarnations and trading card game releases to this day, the series is currently experiencing an era of renaissance in the pop culture spotlight. The launch of the card game simulator Yu-Gi-Oh! Master Duel across all major gaming platforms earlier this year quickly reached the top of Steam’s download charts, and the game still regularly attracts tens of thousands of views on streaming platform Twitch.

Through his original series and the multimedia phenomenon that it created, Kazuki Takahashi brought joy to millions of people all over the world, and through his work, his legacy will live on just like the pyramids he wrote so much about. 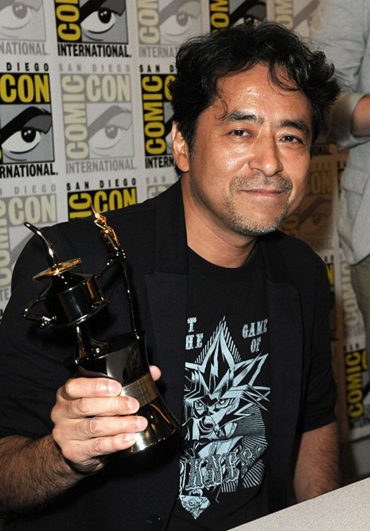 It’s now December, you can’t put off Christmas shopping any longer. You’ve probably been hearing the Christmas tracks in shops and seen the occasional Christmas tree in a neighbour’s window for several weeks now but that was back in November, you had plenty of time to shop around. Now that Christmas is only a certain … Continued