Following in the footsteps of western cartoons such as Kim Possible and Totally Spies!, Release the Spyce follows a group of high school girls who operate as secret agents, as they work to take down an evil organisation that is trying to take over the world. 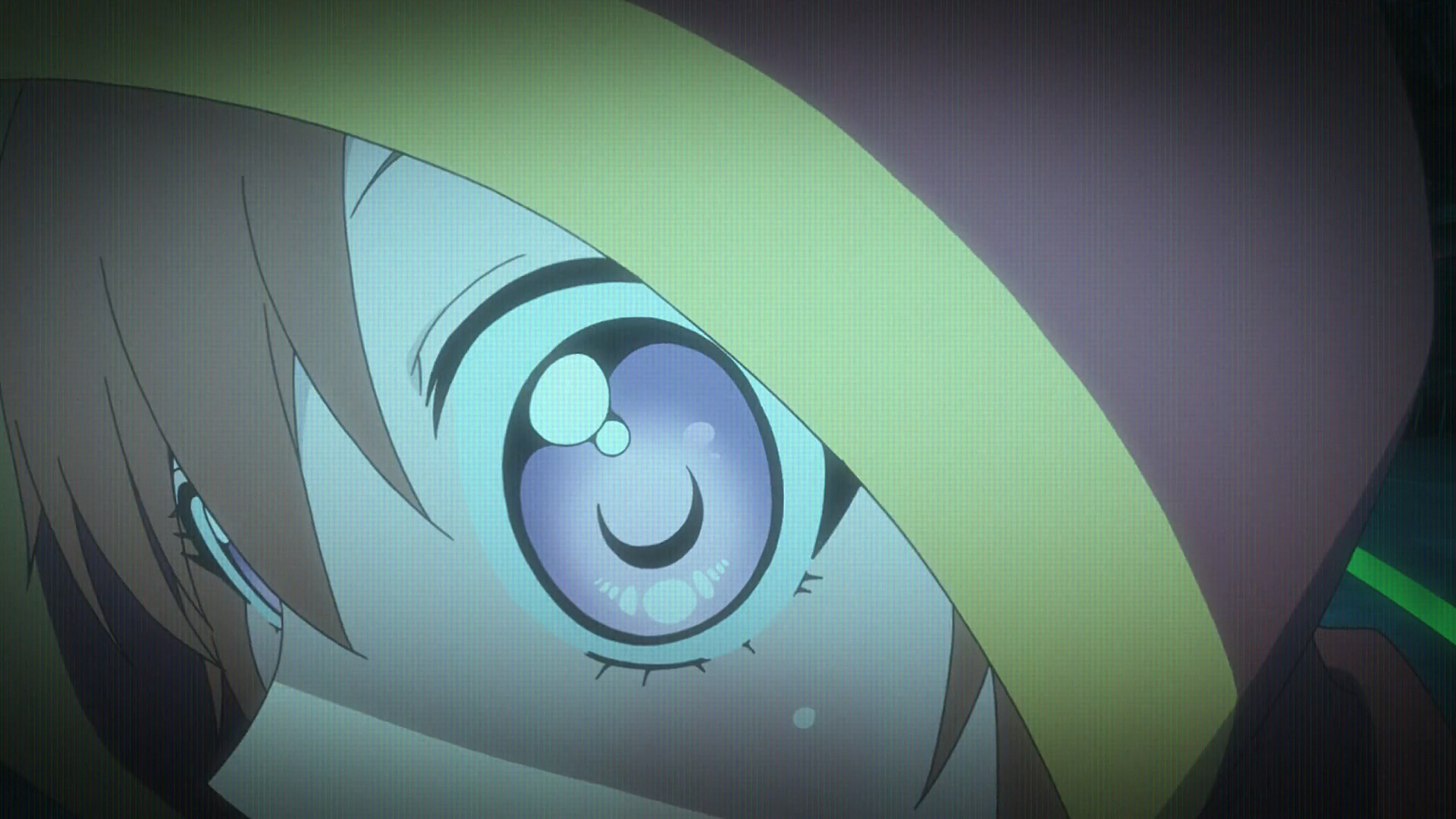 Our main protagonist is Momo Minamoto, a girl who aspires to be like her police officer father (who tragically died before the beginning of the series) and help protect her hometown of Sorasaki and the people that she loves; however, she lacks the self-confidence to take the first steps towards that goal. That changes when she befriends two of her classmates, Mei Yachiyo and Goe Ishikawa, and runs into them when she gets involved in an incident where her police officer friend, Ayumu, gets captured by a group of thugs in the port area of town. Trying to provide a distraction to allow Ayumu to escape, Momo puts herself in danger and gets caught herself, only to be rescued by a group of girls in strange uniforms, which happens to include her two new friends.

Identifying themselves as Tsukikage, a group of spies who are trying to protect Sorasaki from the evil organisation Moryo and the other crime syndicates that plague the town, the girls recruit Momo into the group, who they have scouted out for her incredibly fine senses as well as her ability to gauge a person’s feelings by licking them of all things! Placed under the tutelage of the group’s leader, Yuki Hanzomon, Momo must now learn the skills of being a spy as the girls take on a variety of dangerous missions, all the while uncovering Moryo’s plot for world domination. 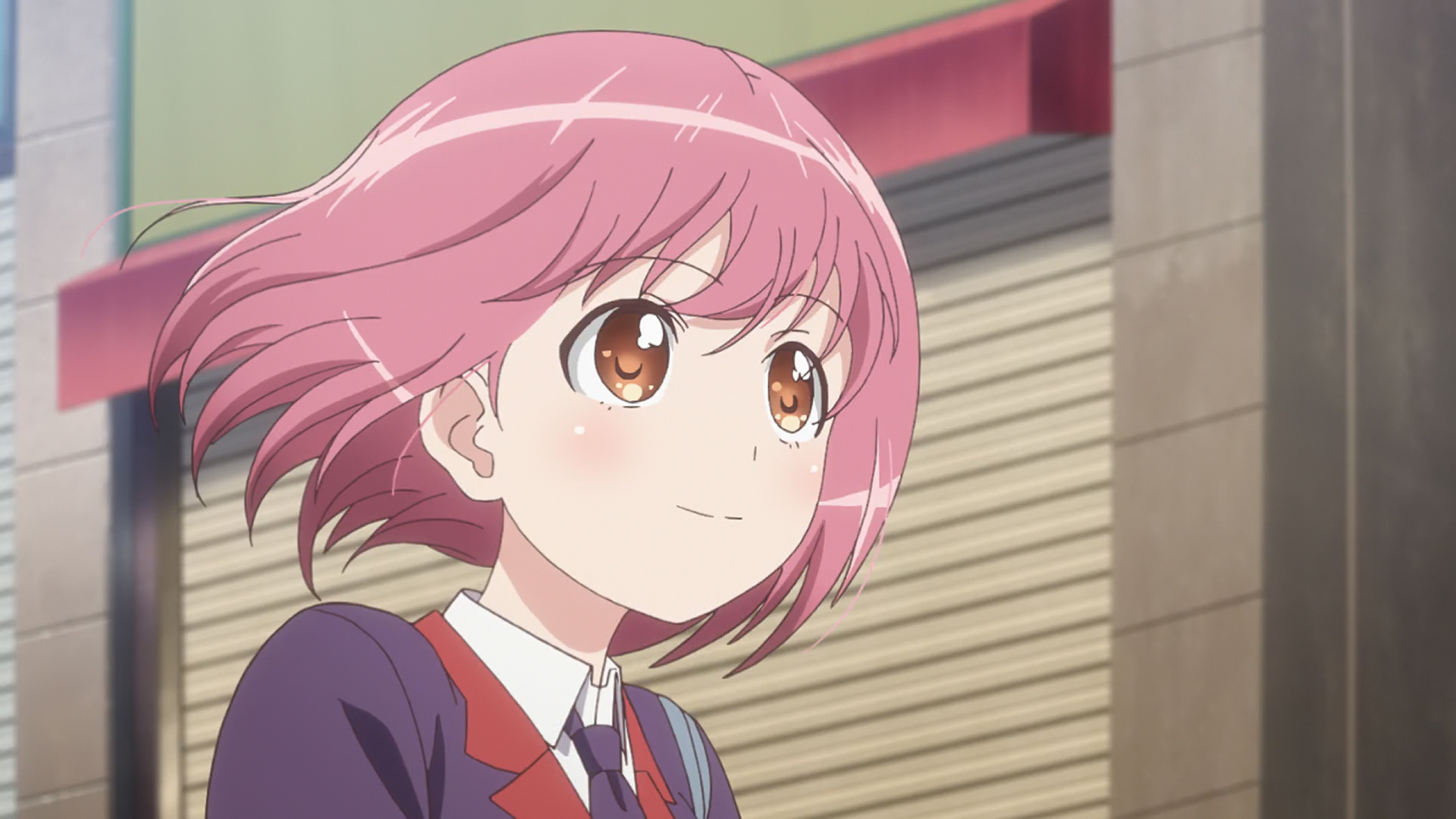 If you’re someone who enjoys a good espionage show, then you’re in for a treat as this series is a fun and quirky take on the genre that puts a familiar “cute girls do cute things” spin on things. While that phrase might make you think the series takes a light approach, it’s definitely not as cutesy as you’d first expect, with plenty of danger, explosions and high-impact action sequences along the way. From the standout opening sequence to the big finale, the show exudes that core sense of style and pizazz that you’d expect from a spy show, as you see the girls sneaking into enemy bases, taking on robots and evil masterminds in hand-to-hand combat, and blowing stuff up. In terms of execution, this show knows exactly what it should be doing.

That said, it’s not as hardcore as say, a James Bond movie, and while things do get shaky at times, you never feel like the stakes are completely off the charts or the girls have no hope of winning. As a result, the progression of the story and certain plot points are rather predictable and it’s easy to work out who the bad guys are and what they are after. The core gimmick of the series is also a bit questionable, as the girls can power themselves up by taking a drug called “spice”, giving them superhuman abilities such as increased strength and agility. While it helps to show how these schoolgirls can take on these dangerous missions and I like the fact that the drug’s effectiveness ties into when a girl is forced to retire, I’m not sure having schoolgirls take drugs that could be equated to some real-life substances is a great look. The spy missions can feel a bit repetitive too, as each one generally falls into a pattern of the girls infiltrating an enemy base to get some data, then Momo messing something up, so they have to fight their way out. 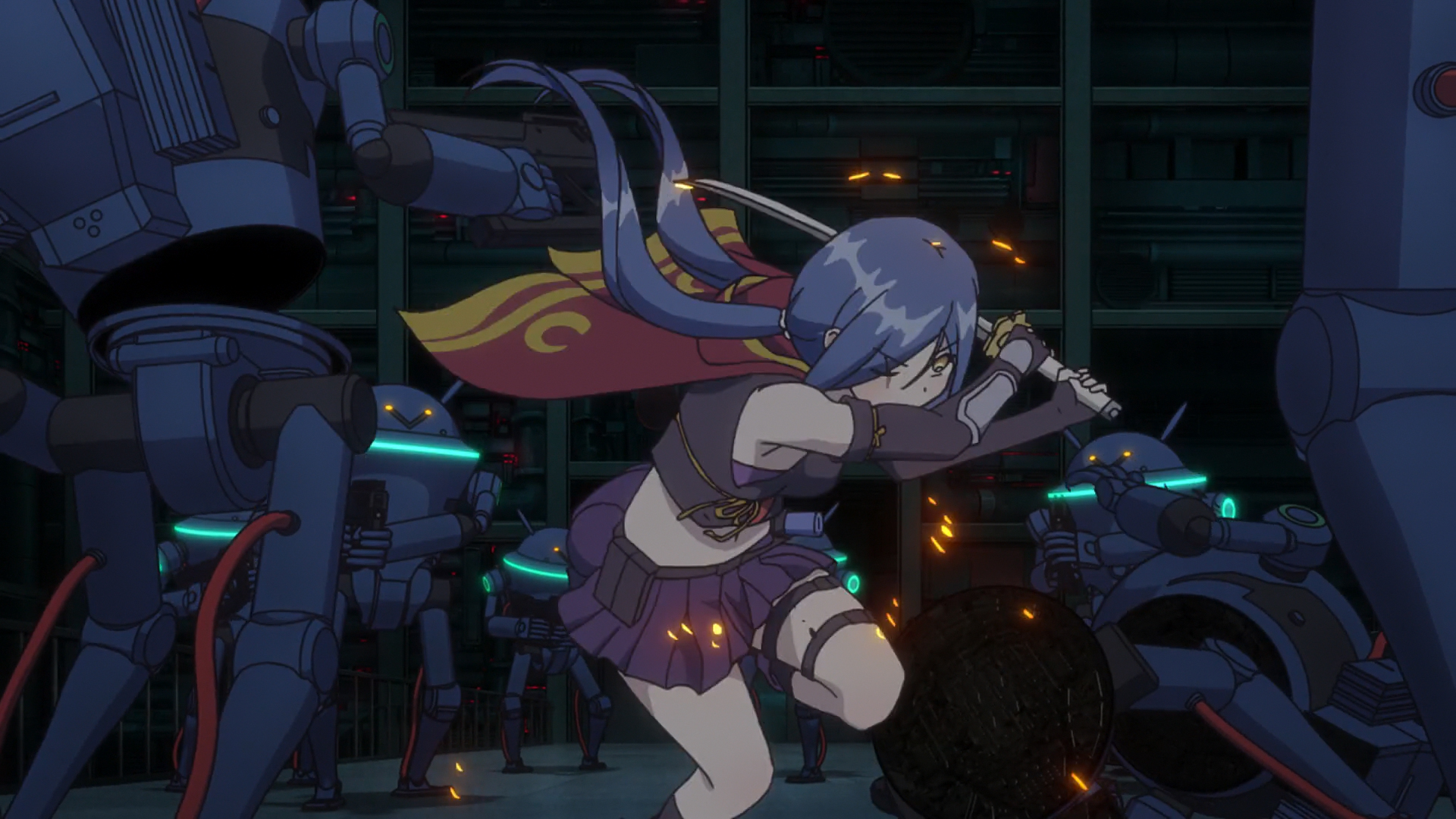 However, this never feels like it matters so much, as it does a great job of using the missions to drive its character development, as it’s the characters that are really the heart and soul of the show. At its core it’s about Momo working to better herself and gain that confidence she needs, as we see her persevere and learn from her mistakes, and in a very Star Wars fashion, eventually becoming a better spy than her mentor. It’s not just about Momo though as the other five girls in Tsukikage; leader and sword master Yuki Hanzomon, weapons and gadget expert Hatsume Aoba, street performer and intelligence expert Mei Yachiyo, physical powerhouse Goe Ishikawa, and the cute but ninja-like Fu Sagami; each get plenty of development and screen time as we gradually learn more about their pasts and relationships. It’s also great at building a sense of camaraderie among the team, and it uses the master and apprentice system that Tsukikage have to great effect, offering different perspectives on that relationship between each pair, from respect, to adoration, to friendship.

When looking at the villains though it doesn’t feel like they’ve been given the same level of treatment, or at least they aren’t given as much depth as our main cast. Theresia gets reasonably built up but still ends being reduced to one of the main villain’s lackeys at the end; Byakko gets side-lined as a bit of a comic relief/mascot type character, while the hulking Dolte is painfully underutilised, and even with the main villain we don’t really know that much about them. Despite their nefarious scheme, I just think the Moryo side could have been used more effectively in driving the main conflict, and I would have loved to get more into their heads and discover why they want to take over the world, not just the how. 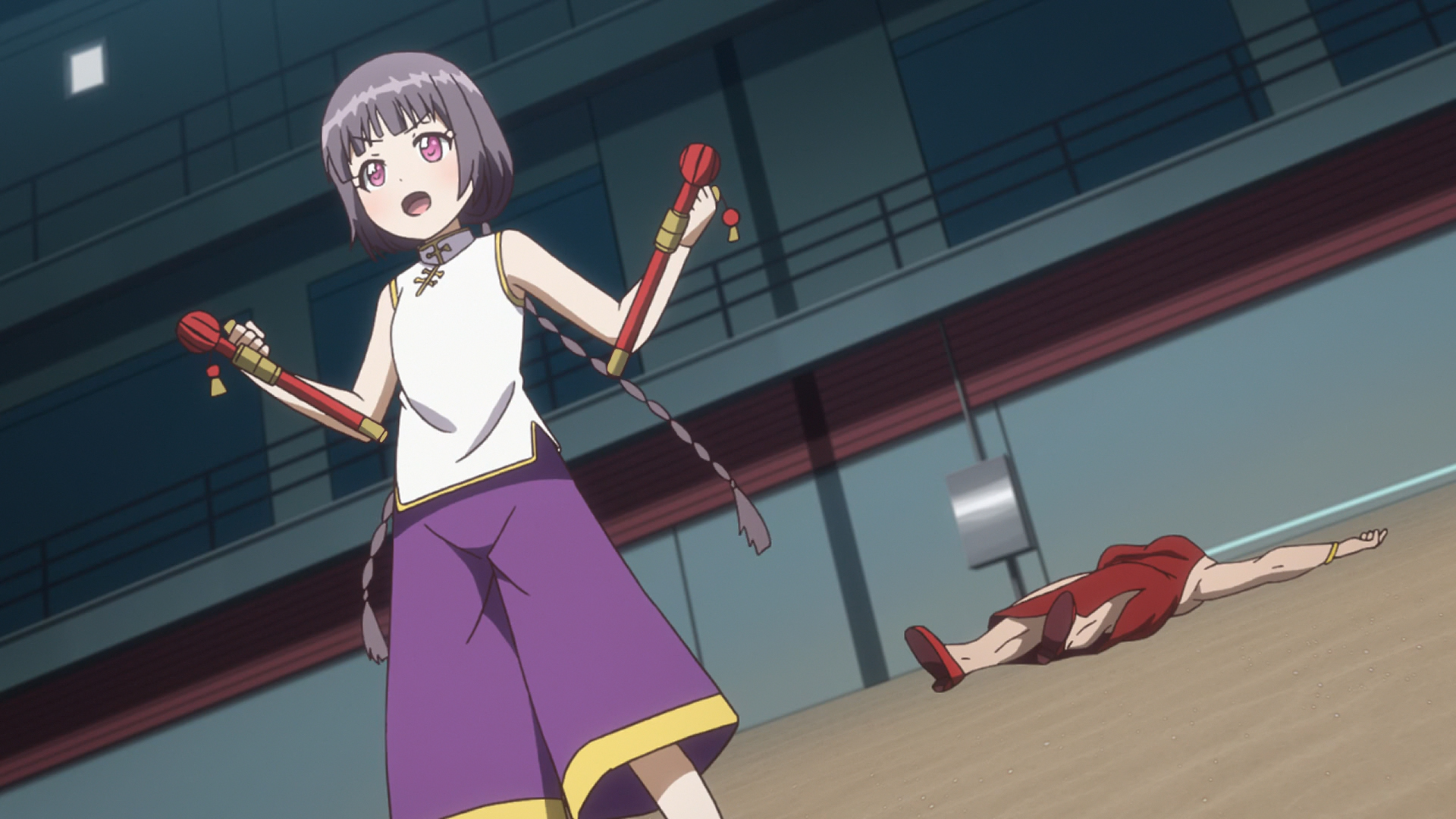 Animation is handled by Lay-duce and in general looks great. As I mentioned previously, they have completely nailed the spy fiction aesthetic, with the occasional ninja-inspired design choice here and there too, like with the girls’ uniforms and combat styles, the secret base, and some scenes where they hop around the tops of buildings. Action scenes are well choreographed, particularly when we get one-on-one sword duels, and are genuinely fun to watch, particularly when the gang gets into a tight spot, or they start blowing things up. A lot of this show is about style and spectacle, and they’ve carried it off with aplomb. Pacing is also good, as downtime is kept to a minimum with the story flowing quite naturally as the girls slowly uncover the truth behind Moryo’s evil plot. 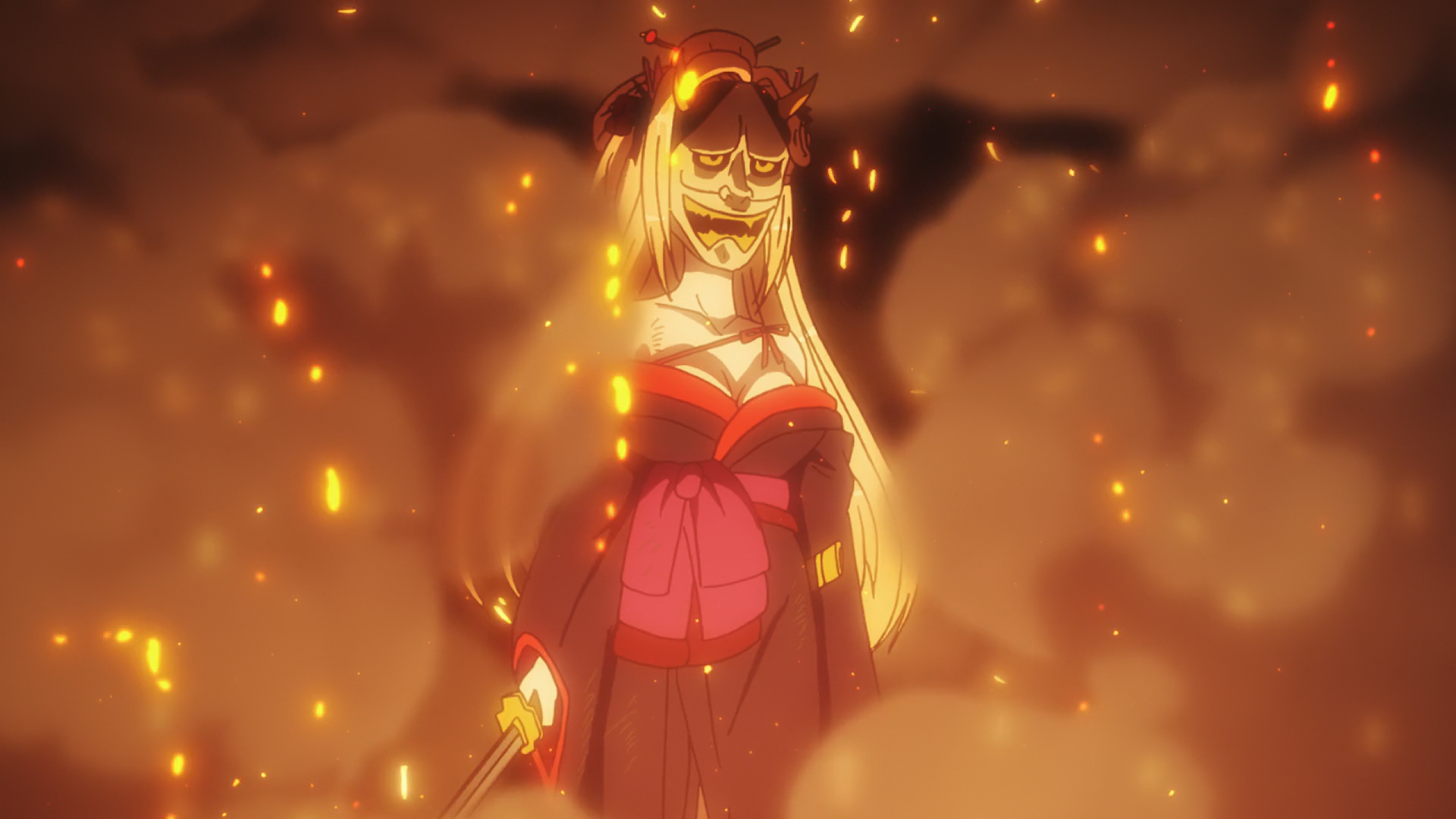 The soundtrack to the series is composed by Ryohei Sataka who provides some really punchy themes to lay over the action. The more incidental music is also nice but it’s definitely the big set pieces that really stand out and scream “this is a spy show!”. The opening theme, “Spatto! Spy & Spyce” is insanely catchy and will either have you singing along or cursing it to no end depending on if you like it or not, the ending meanwhile, “Hide & Seek” is a charming little song that nicely bookends each episode. Both are performed by the show’s voice cast and credited as Tsukikage.

The voice cast itself is good across both languages with the voice actors fitting their roles well. Both Aya Uchida and Kira Vincent-Davis take a gruffer approach to the battle-hardened Yuki, while Yukari Anzai and Juliet Simmons get across Momo’s youth and naivety with a more girlish tone. 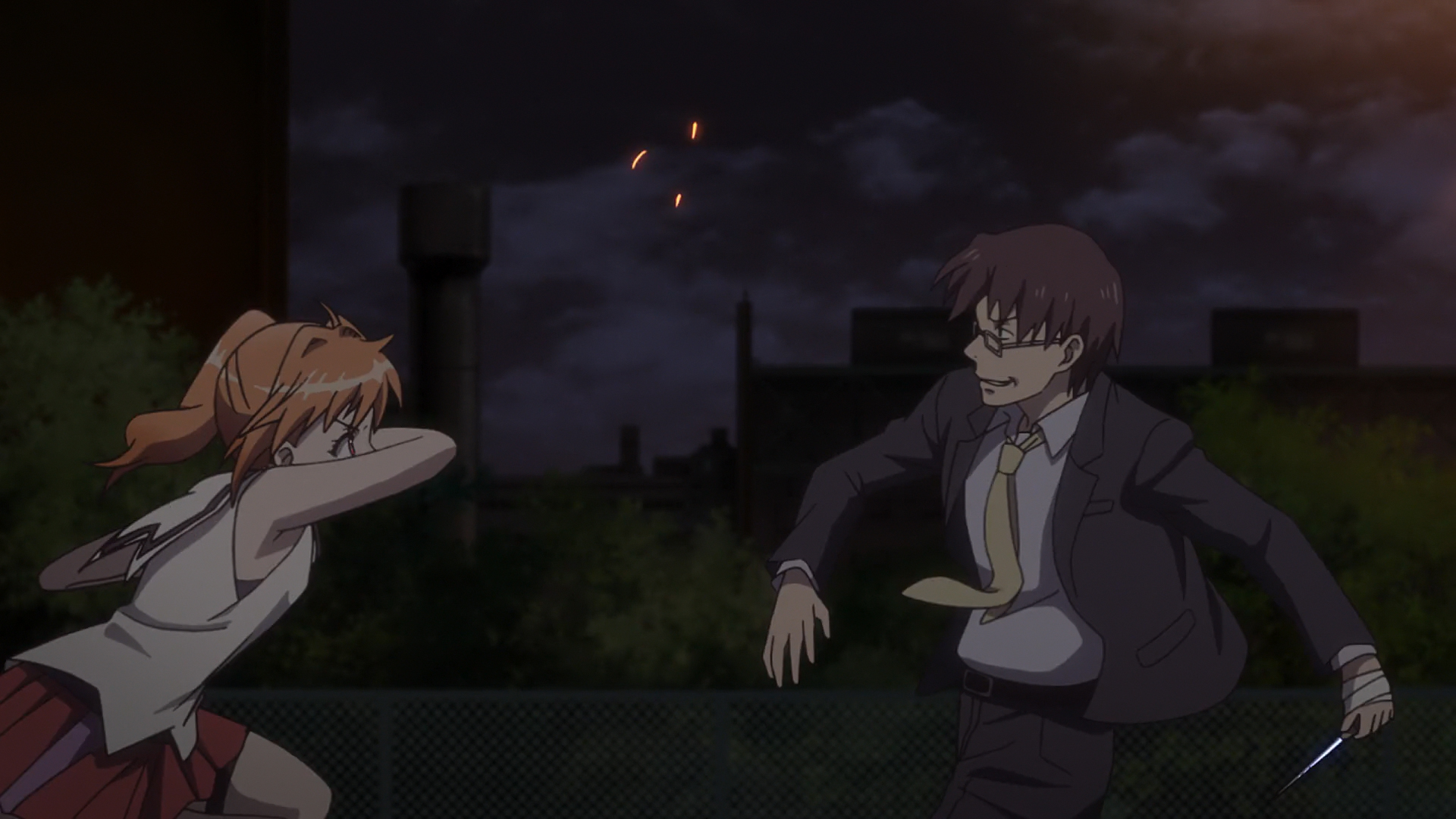 Release the Spyce is brought to us via MVM in a collector’s edition Blu-ray set. The discs contain all 12 episodes of the series in both Japanese with English subtitles and an English dub, with on-disc extras including the “Tokuten” recap segments, next episode previews, clean opening and ending animations, promotional trailer for the series, and trailers for other Sentai Filmworks releases. Physical extras include a 104-page booklet and 6 two-sided art cards. 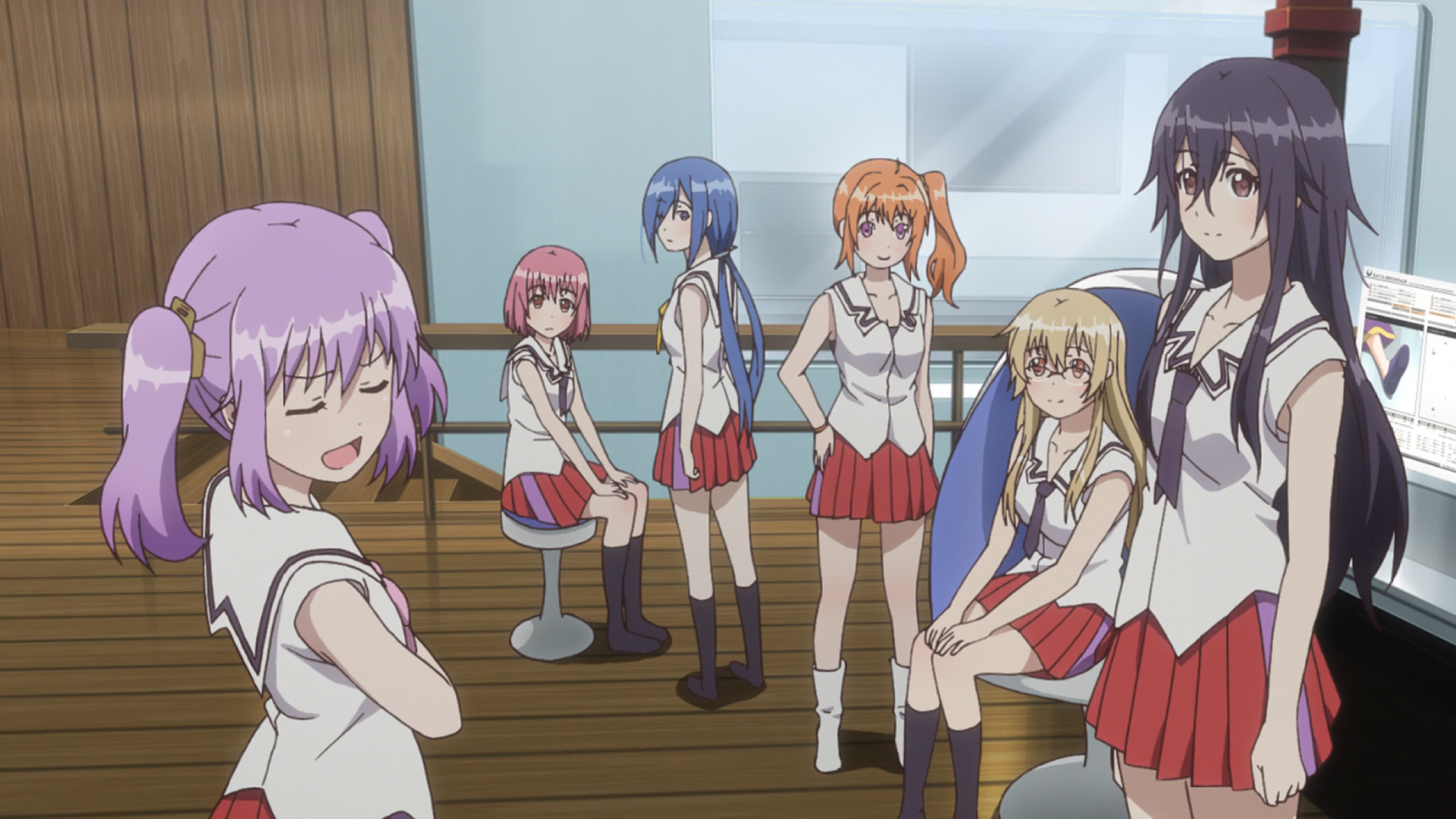 Overall, Release the Spyce is a highly enjoyable espionage romp that excels at the core spy fiction aesthetics and bombastic execution, while focusing on the growth of each of the main characters as they bond together and overcome their weaknesses. While I think it could have gone a lot deeper into the motivations of the villains and laid out the story better so it wasn’t so predictable, at the end of the day it’s just a bit of fun about cute girls doing spy activities, and that’s exactly my type of show. 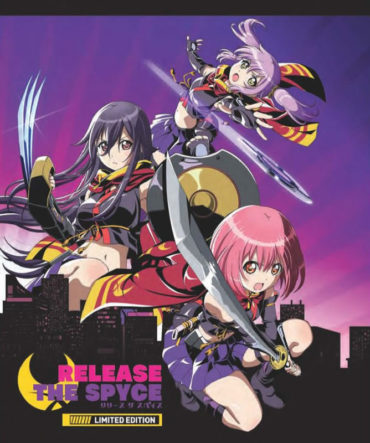 The Garden of Sinners

Garden of Sinners was originally a light novel series released in Japan in the late 90s from Type Moon; it’s not only their earliest work but also considered the ‘prototype’ for their other more commercially successful and famous works; Tsukihime and Fate/Stay Night. But it wasn’t until 2007 when ufotable (the production company behind the … Continued