This rather short horror tale from Osamu Tezuka is one that is disturbing in many ways, but perhaps not the way the author intended. The fact that the main plot involves a schoolboy who is love with his teacher will certainly put off some readers.

Tetsu Otani is deeply in love with Miss Mizushima, but another teacher in his school, the violent Mr. Kito, also tries to woo her, and frequently punishes Tetsu for trying to get too close to her, even punching the boy. Tetsu is also plagued in his dreams by a ghostly horse that appears to him. After another violent encounter with Kito, Tetsu encounters the horse for real, and says he would like the horse to kill Kito. The next day, Kito is found dead in a river, his death blamed on drink.

As a teenager, Tetsu learns from his good-for-nothing father that during the Second World War, when he was stationed in China, he was frequently beaten up by his commanding officer, who rode a kindly horse called Bomba. The father wished for Bomba to kill the officer, and one day Bomba threw the officer off him and the man ended up being shot by the enemy. Tetsu realises the horse in his dreams that killed Kito is Bomba. Tetsu confesses his feelings about Miss Mizushima and about wanting to marry her, but his father refuses to give his permission and tells Miss Mizushima about how Tetsu feels. Angered, Tetsu summons Bomba again, instructing him to kill his parents when they are on a bus. Indeed, Bomba makes the bus crash.

As Tetsu grows up, he continues to summon Bomba to kill those who have hampered his path to love, with the press starting to report of sightings of the ghostly horse. As people begin to investigate the cases, Tetsu becomes more deranged. Will he in the end become Bomba’s last victim?

While this story does make for a brisk read, and the elements of horror with the ghostly Bomba are gripping, there are certain elements of Tezuka’s story that are uncomfortable for other reasons. As mentioned, this is a story about a young boy in love with his teacher, a device that has a various moral quandaries, even as Tetsu grows up. We also discover that Tetsu’s mother, a gigantic glutton who dominates the family, met Tetsu’s father during the war, when she was a comfort woman. The issue of comfort women is still one that plagues Japanese history today and results in conflicts with the country’s neighbours as to how women were treated by the Japanese during the war, and in this story it feels as if the whole subject is treated trivially, despite the graveness of the matter.

While nothing appears to be wrong with UK-based Polly Barton’s translation of the story, the lettering, which seemingly goes uncredited, does feel a bit over-zealous at times, getting rid of certain Japanese words on items such as a bin, which displays the English word “Trash” on it rather than retaining the original characters.

Regarding the manga’s production, the physical copy I received had frayed pages. Whether this was deliberate or not I’m unsure, but the book looked unkempt regardless. As the original work dates from 1970, this might be the publishers (Vertical/Kodansha) choosing the process known as deckle-edge (with rough or irregularly cut page edges) to make the volume look appropriately old.

On the plus side, this edition does come with a preview of another Tezuka title, Princess Knight, one of his best works in my opinion.

There are several elements of Bomba! which are difficult to deal with, but much of the story does provide some shocking thrills. 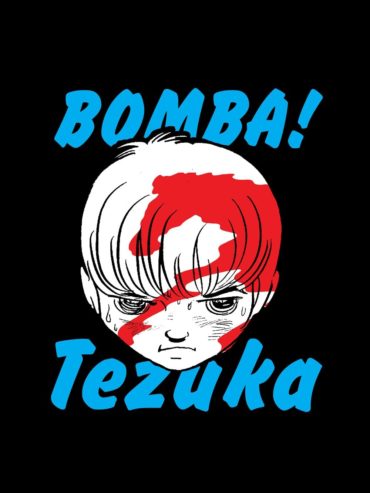 From the Red Fog Volume 1 Review

This horror manga about an abused Victorian boy who only finds pleasure in murder brings up a lot of questions.