The Namazu and the Greatest Gift is a picture book based on the enormously popular online roleplaying game, Final Fantasy XIV. The game is particularly renowned for its immersive storyline and sprawling world, which has inspired several hefty books of compiled lore and various spin-off tales aimed at those who want to dig even deeper into their favourite characters. This book, however, is a little different. The story is credited to Banri Oda, writer of Final Fantasy XIV‘s main scenario, but it’s styled as a children’s picture book and presented as a smaller format hardback (6-3/4″ x 6-3/4″) with a glossy dust jacket. Every page is decorated with charming illustrations by Square-Enix character artist Hiroyuki Nagamine which help to bring the story to life.

Those who have made it through the Stormblood expansion will already know the namazu, a tribe of chubby catfish-like people who feature heavily in some of the game’s more lighthearted moments (of what was otherwise a very dark storyline). The characters who feature in this book will be familiar to crafters and gatherers who dabbled in the sidequests for the ‘Seven Hundred Seventy-Seven’ on the Azim Steppe but the story is simple enough that no prior knowledge of their past exploits – this is a sequel to those beast tribe quests – is necessary to enjoy the book. There are no direct spoilers for the side quests either. It’s tricky to say much about the content when the story is so light, chronicling an adventure that Gyoshin and his friends undertake to save their home from yet another impending disaster. The namazu may provide comic relief for the Warrior of Light in the game but this story makes it clear that they have plenty of their own struggles as well.

Translation is credited to the Final Fantasy XIV Localization team with special mention to Kathryn Cwynar and Stephen Meyerink, but even though the same translators are involved this book is much easier to read than the oft-laboured pseudomedieval dialogue in the game’s main scenario. A gentle narrative style guides the reader and makes the content suitable for anyone; parents who play the game might enjoy reading it with their younger children so that they can both enjoy the tale together.

While the story of The Namazu and the Greatest Gift is very short – this review could probably challenge it for total word count – it provides a fun diversion, and would make a good gift for gamers who love the namazu and want a physical memento of the time they spent together on the steppe. With all of the illustrations it also serves as a mini art book filled with page after page of the catfish-folk and their comical, guileless expressions, together with a few pictures of support character Odder Otter. So long as you don’t go in expecting anything too deep – and why would you, when the story stars the namazu? – there’s a lot to enjoy here.

A free extract of the book can be viewed at the the publisher’s website. 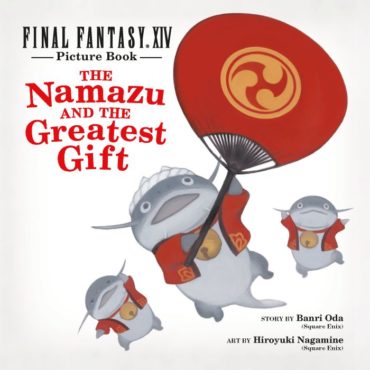 The story of Final Fantasy: Lost Stranger continues at a gradual yet fun pace, with plenty of FF franchise references for fans to lap up, whilst also providing engaging battle scenes and story developments.

The Strongest Sage with the Weakest Crest Volume 6 Review

The demon invasion looms in The Strongest Sage with the Weakest Crest Volume 6, but protagonist Matthias is well prepared and puts the final touches in place while training his companions for the difficult battle ahead.