The Edinburgh leg of this year’s Scotland Loves Anime film festival will now be held at the Cameo Picturehouse, the festival announced this evening.

The news follows the sudden and permanent closure of the event’s previous home of more than 12 years, the Edinburgh Filmhouse, which ceased trading immediately following its parent company Scotland’s Centre for the Moving Image going into administration. The 24-30th October date of the festival and the dates/times of the films are remaining the same.

Tickets already purchased for the Filmhouse will be honoured, with remaining tickets going on sale on Friday 14th October. Guests who already have tickets are advised to bring proof of purchase with them to present to cinema staff. If you had previously contacted your bank or credit card company for a refund, Scotland Loves Anime notes that these tickets will no longer be honoured, and they will need to know so that they can inform the new venue, so they advise that you let them know at [email protected] Scotland Loves Anime also note that unlike the Filmhouse, the Cameo does not have allocated seating.

Scotland Loves Anime have also opened a donation page for anyone wishing to donate towards the festival, noting the significant financial impact of having to reorganise the festival – including booking the new venue and honouring existing bookings, as both the original Filmhouse hire fees and ticket revenue are still in the hands of the administrators. 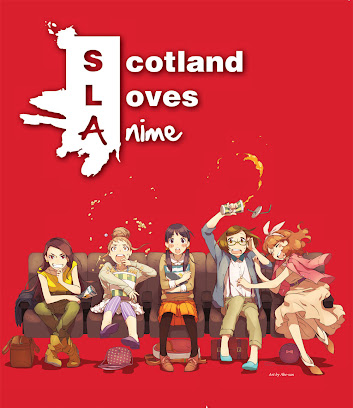 Calamity of a Zombie Girl to be Unleashed By Anime Limited

Scotland Loves Anime, the UK’s premiere anime film festival, have announced the return of physical events in Glasgow and Edinburgh this October.