“I was an unwanted child. I was always being handed off and kicked out. But now…I’ve finally found something to cling to.” Chise, reflecting on her new life as her master and magus Elias takes her hand in his.

Chise has been called to use her powers as a Sleigh Beggy in Ulthar, the kingdom of the cats, where a dark and twisted presence is at work creating a malevolent blight. Penetrating the blight, Chise and her fae companion Ariel unravel what has caused it to spread and take hold – impeded by an embittered, maimed alchemist Renfred and assistant, Alice. Renfred callously lets slip that Chise will soon die, because her powers are too great for a young body to sustain – but Chise, although shocked, determines to see her mission through. (Renfred also reveals Elias’s title: Pilum Murale, or Wall of Spears.) And Elias’s faith in his young protégée is rewarded by the sensitive way she uses her skills to fulfil her task of purification. But damage has been done – and, even though she is able to open up to him a little more, he does all he can to reassure her that he’s not going to let her die. Slowly, awkwardly, touchingly, the relationship between them begins to evolve and develop into something more complex and co-dependent than ‘master’ and ‘chattel’.

A truly magical interlude brings Chise and Elias face-to-face with Titania and Oberon in an enchanted wood. These are not the pretty winged faeries of Victorian imaginings but powerful pagan wood deities (Oberon seems to have goat’s legs and cloven hooves) and they tease the awkward couple mercilessly.

But the sylvan idyll is soon over and Elias and Chise are sent by Father Simon to a church haunted by a Black Dog. Something has gone badly amiss, for, as they arrive they find the police already in the churchyard, where a grisly murder has just taken place. Is it the work of the creature they’ve been dispatched to track down? Chise soon makes some surprising discoveries about the Black Dog and – even more to her surprise, she comes across Renfred’s female assistant, Alice. Within the mire of darkness and deceit on Ulthar, Chise uncovered the presence of a young boy alchemist. In spite of his cheerful and innocent appearance, the young man exuded a distinctly creepy and malign influence. Now he makes himself known.

Kore Yamazaki’s delicately etched and cross-hatched drawings are immersed in shadow as Chise’s mission takes her into dangerous and dark territory. The cover is exquisitely drawn and coloured, depicting Chise and Elias sheltering beneath a rose arch in a rain-drenched English garden; it’s almost perfect in the way it evokes the other-worldly atmosphere of those timeless country house gardens, like Lucy Boston’s Green Knowe. There is also a perfectly placed double-page illustration that has a breath-stopping effect when you turn over. But the story continues – in spite of the charming interludes (a Christmas pudding out of season, the encounter with Titania and Oberon) – to grow darker with each chapter and this volume ends on the most violent and shocking of cliff-hangers. As with the fairies, the magic here is raw and untamed and we get the feeling that we have not seen even a ha’porth of what Elias’s true powers might be. Chise makes an unusual heroine; her quiet resolution and courage are not only likable but genuinely relatable. When the term ‘chimera’ appears in an alchemical context, the homage to Fullmetal Alchemist is unmistakable, but what better mangaka to be influenced by than Hiromu Arakawa in this context?

The translation by the excellent Adrienne Beck continues to work well – although as the story is set in an alternate present-day Great Britain, a Britisher like myself is just a tad irritated at seeing the word ‘fall’ used instead of ‘autumn’. There are other minor issues… but that’s down to the mangaka’s implication that the local parish priest, Father Simon, might be Roman Catholic (he mustn’t keep the ‘sisters’ waiting) which works fine in a French, Italian or Spanish setting but sounds a bit unlikely for C of E. (Even Father Ted has Mrs Doyle to care for his housekeeping…)

Three weeks and counting at the time of writing in the New York Times Ten Best-Selling Manga list just goes to show what a positive impression this new fantasy series has made. As the conflict intensifies and so much is at stake at the end of this volume, it’s a long and nail-biting wait until early next year for the third instalment.

P.S. Cat lovers may want to avoid this volume… 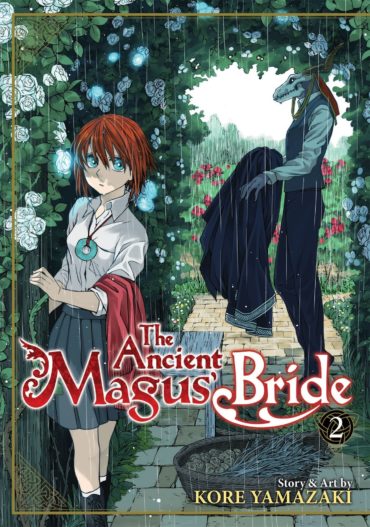 The Devil Is a Part-Timer!

“Prepare to die, Satan!” Emilia the Hero. On Ente Isla, the Hero leads the forces of good against the terrifying leader of the forces of the night, Demon King Satan, and his generals Lucifer, Alciel, Adramelech, and Malacoda. Fires and bolts of magical lightning rend the darkness; all is chaos and destruction, as Satan is … Continued