“You know, anyone who wears glasses, in one sense or another, is a cyborg.” – Evgeny Morozov

Beyond the Boundary begins with schoolboy Akihito Kanbara stopping a girl from committing suicide by jumping off the school roof – but only because the girl in question is wearing glasses, something he happens to have a fetish for. The girl, whose name is Mirai Kuriyama, responds to his pleas by jumping backwards over the fence surrounding the roof, and then unwrapping a bandage tied around her hand. Mirai removes a ring from her finger, and suddenly blood pours out from the wound that was bandaged. The blood forms into the shape of a sword and Mirai stabs Akihito through the chest – but he lives.

The reason for Akihito surviving is that he is not entirely human. He is half-human and half-yomu, a form of monster created by people’s resentments that cannot be seen by most people and take various guises, like animals and humans. Because of this mixture, Akihito is immortal. Mirai is a “Spirit World Warrior”, a person who specialises in killing yomu. She is the sole surviving member of a group of warriors who could manipulate their blood. Mirai repeatedly tries to kill Akihito at first, but later Akihito decides to help build up her skills in killing yomu, so Akihito becomes Mirai’s “senpai”. 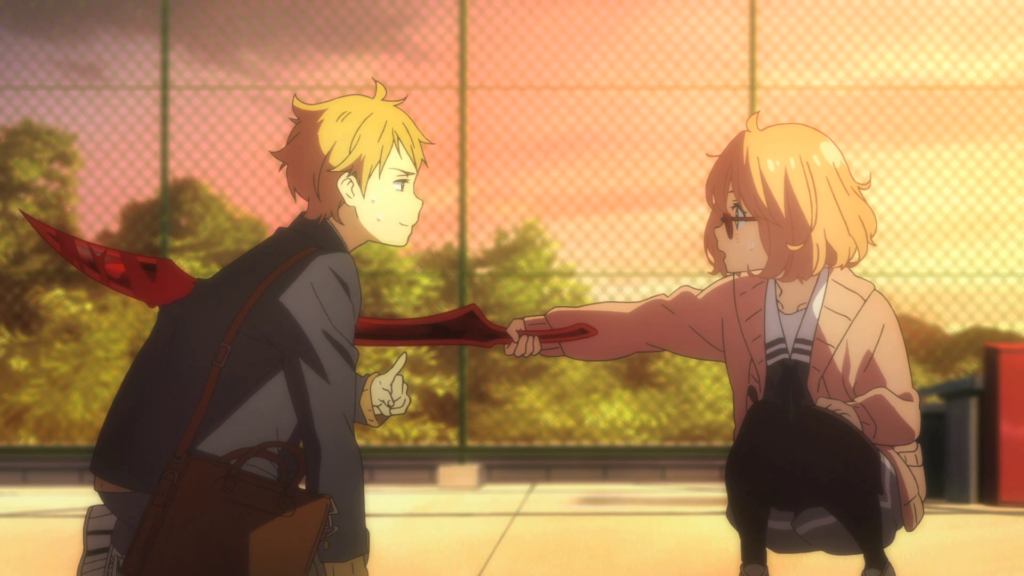 As the story progresses, Mirai becomes a better fighter, while Akihito keeps trying to persuade Mirai to join the school literary club that he is a member of. The other members are two sibilings, Mitsuki and Hiroomi Nase, Spirit World Warriors whose mother controls the other warriors in the area. Mitsuki uses a small animal-like yomu to protect herself, while Hiroomi’s powers make him sensitive to the cold so he is always wearing a scarf. He also has a “little sister” fetish which Mitsuki hates. The major problem however, occurs when Akihito seems to lose control of himself, and his violent yomu side takes over.

This series is something of a mixed bag. Starting with the plus points, the animation style is good, with Mirai especially being a very appealing character. With her big red-framed glasses and cardigan, the word “kawaii” is certainly a fitting one to describe her. There is also a lot of comedy to enjoy. One episode features the characters battling a yomu who produces awful smells and thus keeps making the characters stink. The only way to seemingly stop him is for the characters to distract the monster by performing a pop idol routine. The soundtrack is also appealing, both the opening title song, “Beyond the Boundary” performed by Minori Chihara, and the end music “Daisy” by Stereo Dive Foundation are fun to listen to. 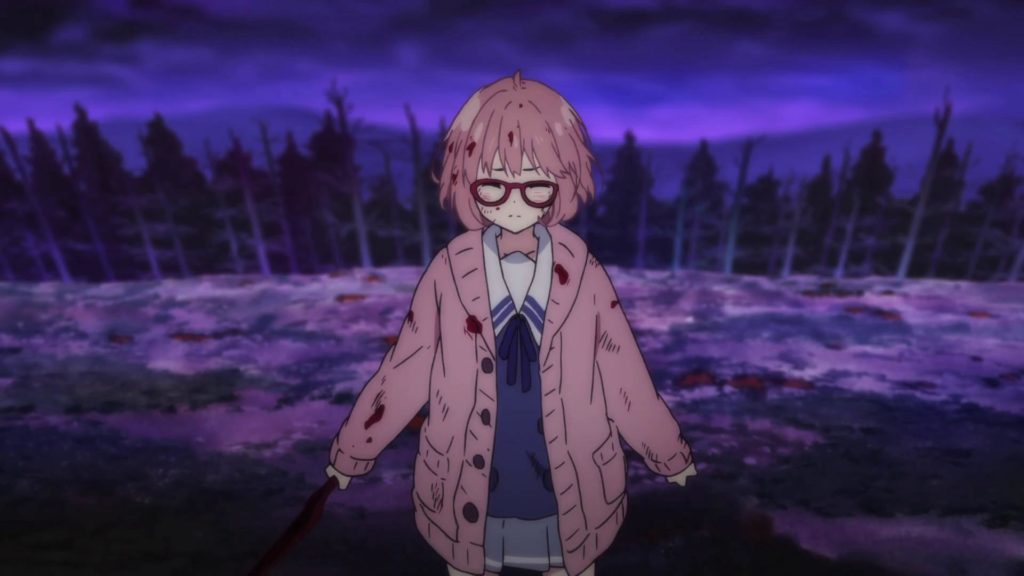 However, there are some things about this collection which to quote Mirai are, “unpleasant.” The biggest problem the series has is the plot. At times Beyond the Boundary feels lazily written, and sometimes you find yourself drifting off when you watch it, and at others the story seems a tad confusing. Another problem is the extras. There are extras in this collection: textless opening and closing, Japanese promos, and an original net anime called “Idol Trial!”, featuring chibi versions of the main female characters as judges and pop idols. However, one extra that some people were keen to see is missing, namely an OVA prequel episode. (I have already spotted some people on AUKN saying that they would rather buy the American release which does feature this episode.)

Beyond the Boundary’s main appeal is in the visual aspect rather than the story itself. It makes mildly entertaining viewing, although some people might be put off by the extras that are lacking in this collection. 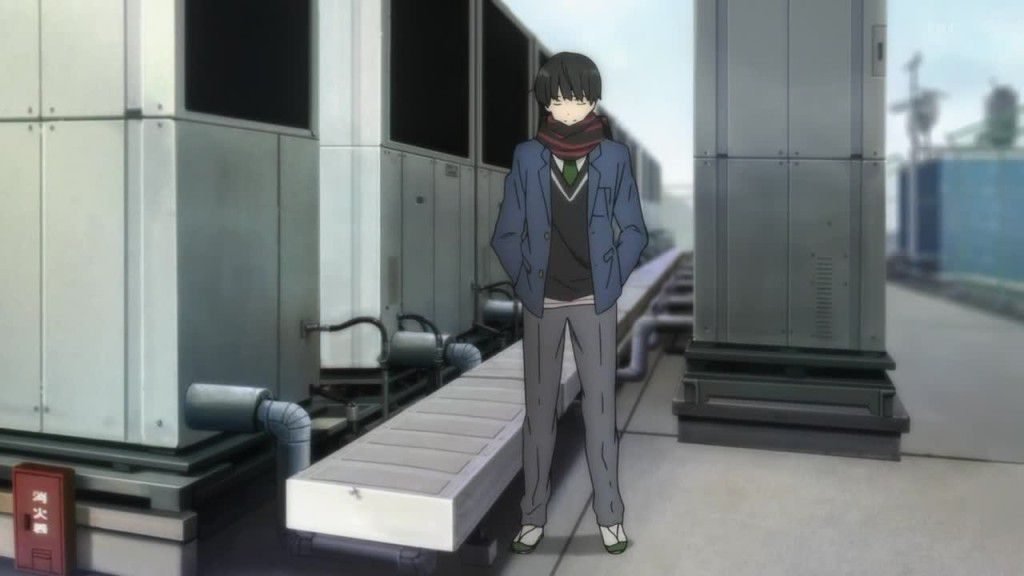 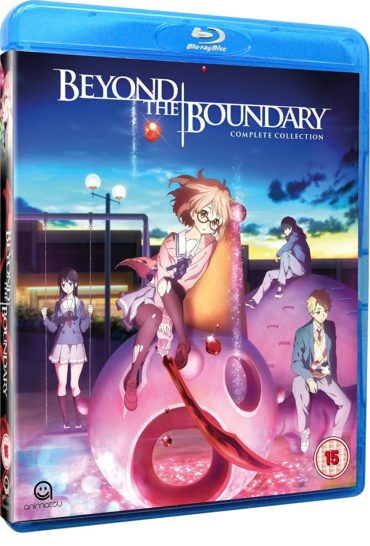 Title
Beyond the Boundary review