“There are three things I always forget. Names, faces and the third I can’t remember.” – Italo Seveo

Following on from last year’s somewhat flawed release of the admittedly good-looking Beyond the Boundary, Animatsu has now released the two films that have also been made covering the series, entitled I’ll Be There.

The first of these, Past Chapter, is a compilation movie of the TV series, retelling the entire story up to the finale in the space of around 80 minutes. Given that the movie is primarily clips of the TV show, you can simply read the review of that series to get a flavour of things, and as to why that release annoyed a fair number of people at the time. 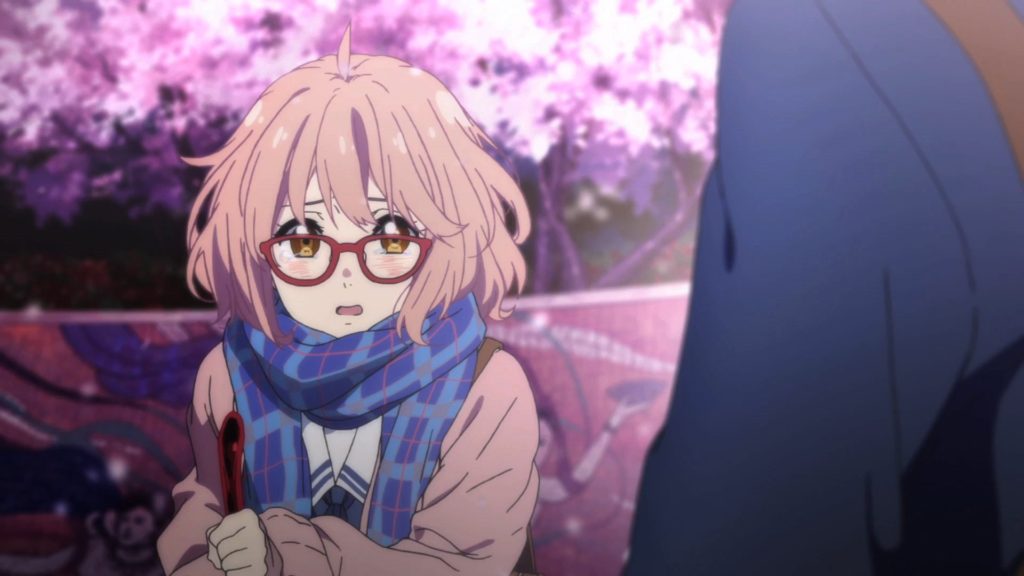 The end of Past Chapter however neatly builds into the second film, Future Arc, so it feels okay to tell you what happens at the end of Past Chapter in order to set it up. At the end of Past Chapter/the TV series, the two central figures: Mirai Kariyama, a bespectacled, cute-looking “Spirit World Warrior” who can control her blood in order to slay monsters called “yomu”; and Akihito Kanbara, a boy with a glasses fetish who is also half-yomu and thus has been made immortal; worked together to defeat a powerful yomu called “Beyond the Boundary”. Over the course of the story they eventually fell in love, but after Beyond the Boundary is slain, Mirai vanishes, only to turn up again on the school roof where Akihito first met her. Akihito runs to meet her and say how much he loves her, but when they talk, it is discovered that Mirai has lost her memory.

Future Arc deals with the events after Mirai has returned, with her trying to readjust to life having no memory of her powers. Akihito thinks it is best not to let Mirai remember because of all the pain her work caused her, but their friends do not agree. As the story unfolds more yomu come to attack, and these incidents result in Mirai slowly beginning to put the pieces together, while everyone else tries to figure out who is behind the attacks. 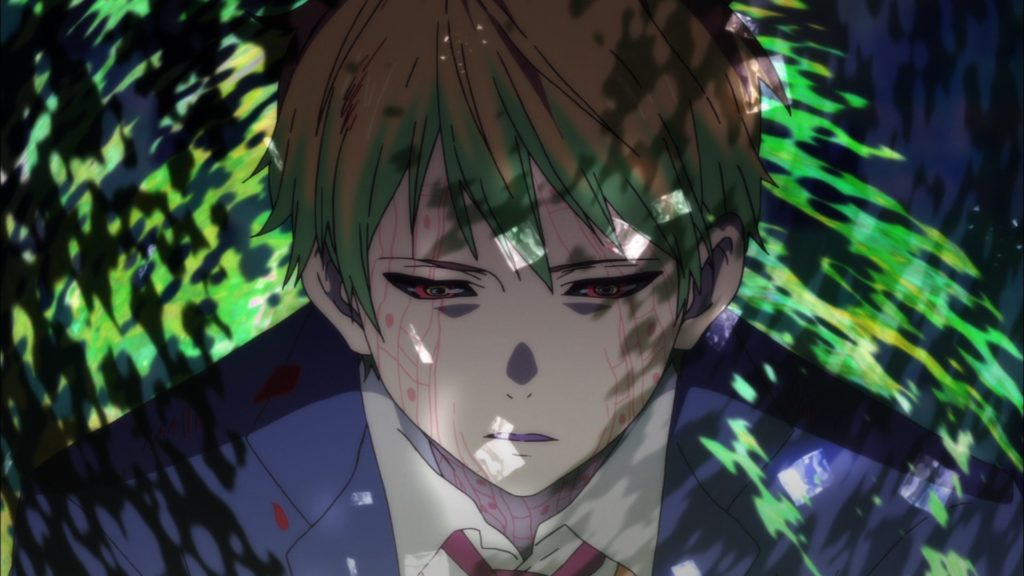 As I wrote in my review of the TV series, Beyond the Boundary is already a mixed bag, but the films feel even less good than that. The first film is just a retelling of the original story, and thus you can live without it. It’s useful if you have not seen the TV series before or need a recap of events, but overall it’s not required viewing.

The second film, which contains the new material, has many of the same positive and negative points as the original releases had. The artwork is good, especially the depiction of Mirai, who is a very cute, “kawaii” character with her pink hair, cardigan and big red specs. There are also the odd moment of slapstick to provide some humour, namely at the expense of Akihito. There’s one scene in which he rescues Mirai that results in him doing some accidental splits that make you laugh and grimace at his pain. However, the plot is not that exciting, is sometimes confusing, and you feel yourself drifting off at  numerous points. 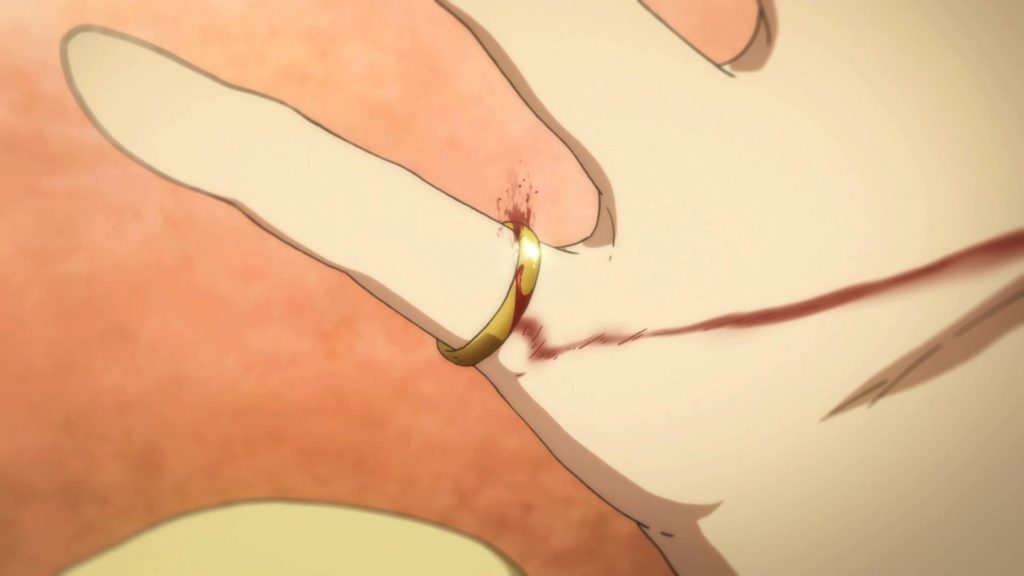 Regarding extras, they include Japanese trailers and promos, and short videos of the “Future Star” dance, with and without clean closing animation. The last of these is slightly strange, as this dance only appears in the TV series and not the films. The limited edition Blu-Ray version also includes a mini-poster and art cards.

Overall, if you enjoyed the TV series, then the films are a nice way to round off the collection, but you get the feeling that these are just mediocre films for an equally mediocre show. 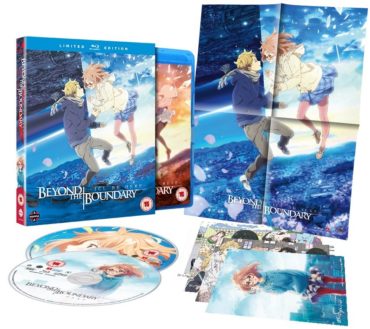 Title
Beyond the Boundary: I’ll Be There review

Beyond the Boundary Review

Beyond the Boundary’s main appeal is in the visual aspect rather than the story itself.