Last month we reported that Manga Animatsu will be releasing Digimon Tri and a couple other titles to the UK this Q4. And it turns out that they also have a couple more surprises left in store!

It’s been a long time since Pokémon has been handled for home release properly here in the UK, and now Manga Entertainment UK were pleased to announce the return of this beloved anime franchise with the announcement of their acquisitions for four of the Pokémon films released so far. These four films are Pokémon: The First Movie, Pokémon 2000, Pokémon 3 and Pokémon: Hoopa and the Clash of Ages.

Marketing Manager Andrew Hewson had this to say:

“We are incredibly proud and excited to announce the release of the first three Pokémon movies on limited edition Blu-ray steelbook. We pride ourselves on being the home of classic and perennial franchises and this is a great addition to the family. With the success of Pokémon Go this is the perfect time to be releasing the movies, especially as this is the first time fans can get them on Blu-ray!” 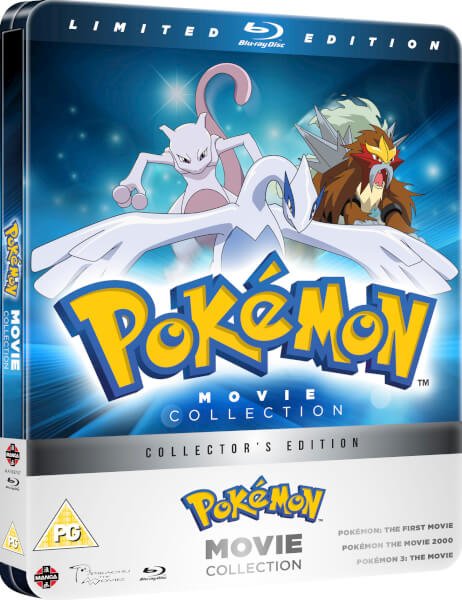 That’s right, the first three films (Pokémon: The First Movie, Pokémon 2000 & Pokémon 3) will be coming to the UK as a trilogy set; in standard DVD and as a limited edition Blu-ray steelbook on November 14th 2016. Details are unknown on whether the Blu-ray version is based on the Viz Media US masters or the Beyond Entertainment Australian masters given the audio is a tad different between the two, but regardless we are getting the first three films in HD with English audio only. These films did receive a UK release before under Warner Bros but they have since been out of print for a very long time.

Pokémon: The First Movie
The adventure explodes into action with the debut of Mewtwo, a bio-engineered Pokémon created from the DNA of Mew, the rarest of all Pokémon. After escaping from the lab where it was created, Mewtwo is determined to prove its own superiority. It lures a number of talented Trainers into a Pokémon battle like never before—and of course, Ash and his friends are happy to accept the challenge!

Ash’s excitement turns to fear and anger when Mewtwo reveals its plan for domination, creating powerful clones of our heroes’ Pokémon so it can even the “imbalance” between Pokémon and their Trainers. Despite Ash’s protests, Mewtwo refuses to believe that Pokémon and people can be friends. But faced with the determination and loyalty of a young Trainer, Mewtwo just might have to reconsider…especially when pitted against the power of the mysterious Mew!

Pokémon: The Movie 2000
In the Orange Islands far south of Kanto, a Trainer named Lawrence is on a sinister quest: catching the Legendary Pokémon Articuno, Zapdos, and Moltres in an attempt to awaken Lugia, guardian of the sea! When Ash and friends arrive, the islanders ask him to gather three elemental orbs from different islands. As the weather across the world goes out of control, it becomes clear that the capture of the Legendary trio has thrown the environment out of balance! With Lugia’s help, can Ash find the orbs, restore the balance, and be the “chosen one” that everyone turns to?

Pokémon 3: The Movie
A crystal catastrophe is unleased upon Greenfield, and Ash, Pikachu, and friends must figure out how to undo the damage to the once-beautiful town. But the unthinkable happens when Ash’s mother is kidnapped by the powerful Entei, a Pokémon thought to have existed only in legend. Now Ash must go to her rescue, uncertain of what he’ll uncover when he unlocks the real secret power behind the unbelievable turn of events: a young girl whose dream world is being turned into a nightmarish reality by the mysterious and unstoppable Unown!

Pokémon: Hoopa and the Clash of Ages is one of the latest films released in the franchise for the past few years and will be available on its own for Blu-ray and DVD separately with English audio only. The release will be put out first on October 24th.

Pokémon: Hoopa and the Clash of Ages
In a desert city by the sea, Ash, Pikachu, and their friends meet the Mythical Pokémon Hoopa, who can summon all sorts of things—including people and Pokémon—through its magic rings. The little Mischief Pokémon likes to use this talent to play harmless tricks on people…but when its true power is released, it loses control and becomes the towering and terriying Hoopa Unbound! Long ago, a brave hero stopped its rampage by confining its power in a special bottle. Now that the bottle has been rediscovered, Hoopa must confront its greatest fear! Can Ash help his new friend overcome the darkness within—or will this dangerous struggle erupt into a clash of legends?

Pokemon isn’t the only thing that Manga Entertainment have to offer this Q4! To the surprise of many, the distributor is pleased to bring the classic 1986 film Transformers: The Movie to the UK for its 30th anniversary on December 12th! The movie is technically classified as an anime because of Toei Animation’s involvement but nevertheless the movie will be available on Blu-ray in a special limited edition steelbook!

The Blu-ray release will feature the newly remastered movie from a new 4K transfer of original film elements in wide-screen and full-frame plus a digital copy of the movie and a ton of special bonus content including:

Transformers: The Movie
The AUTOBOTS, led by the heroic OPTIMUS PRIME, prepare to make a daring attempt to retake their planet from the evil forces of MEGATRON and the DECEPTICONS. Unknown to both sides, a menacing force is heading their way – UNICRON. The only hope of stopping UNICRON lies within the Matrix of Leadership and the AUTOBOT who can rise up and use its power to light their darkest hour. Will the AUTOBOTS be able to save their native planet from destruction or will the DECEPTICONS reign supreme?

Also included in the Q4 line-up is a special re-release of the classic Akira film, one of Manga Entertainment’s best selling anime in their catalogue. The film was released on Blu-ray once a couple years back, but now it’ll be available once again with the updated contents that both Funimation and Madman had put out not too long ago.

Akira: The Collectors Edition will include the Blu-ray, DVD and a digital copy of the movie in a special rigid box full of artcards, a reversible in-lay and a classic movie poster with a ton of new on-disc content. The most notable inclusion is there are now two English audio options; the iconic 2001 Pioneer/Animaze dub that many of us know of, and the original 1988 Streamline dub which was never included in any of the Manga UK releases. The original Japanese audio with English subtitles is also included so nothing is left out.

This new re-release will be available on the 28th of November. The standard edition Blu-ray and DVD sets are still available if you wish to acquire those instead.

You can pre-order the Pokémon Movies 1-3 collection, Pokémon: Hoopa and the Clash of Ages, Transformers: The Movie and Akira: The Collectors Edition over on Amazon UK and many other online retailers. 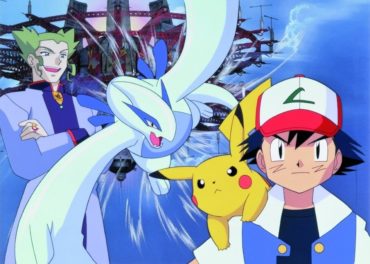