It’s been a while since we last saw some new acquisitions from Manga Animatsu (the new joint company name for Manga Entertainment UK and Animatsu Entertainment, though they continue to use the respective logos for their products), and just recently they took to their main website to announce a couple new titles for the fourth-quarter of 2016. Let’s take a look to see what they plan to bring! 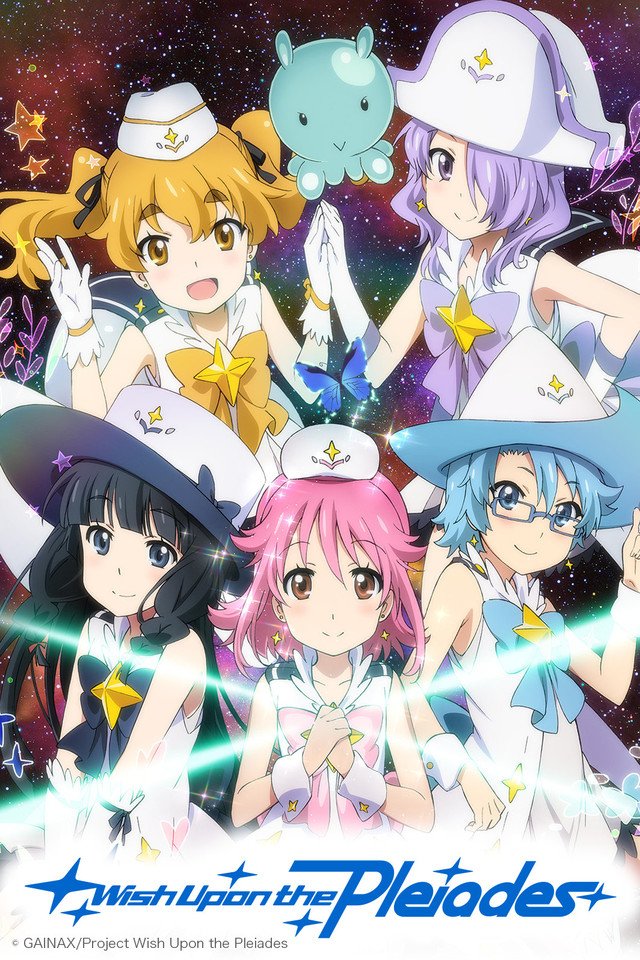 On October 17th using the Animatsu brand is studio Gainax’s Wish Upon the Pleiades (Houkago no Pleiades) from the summer 2015 season. This 12 episode TV series will be released as a Blu-ray & DVD combo pack in Japanese with English subtitles only. You can check out the series for free legally over on Crunchyroll. Manga Animatsu describes the story as follows:

When Subaru goes to her local observatory to prepare for an upcoming meteor shower, she ends up seeing far more of the stars than she expected.

Instead of a simulated viewing of astronomical phenomena, she gets recruited to take part in a fantastic adventure with a mysterious young man, a bizarre alien creature, and a group of girls dressed in cute, magical garb. Together with the other girls (who are suddenly and strangely members of Subaru’s school), Subaru becomes part of a clandestine effort to retrieve fragments of an alien spaceship! However, the fragments are being scattered all over the universe.

Time is limited, and the girls face a nemesis who is seeking to gather all the parts for himself! The space race is on, and the sky is no longer the limit as the legendary animation studio GAINAX sets Subaru’s eyes on the stars in WISH UPON THE PLEIADES! 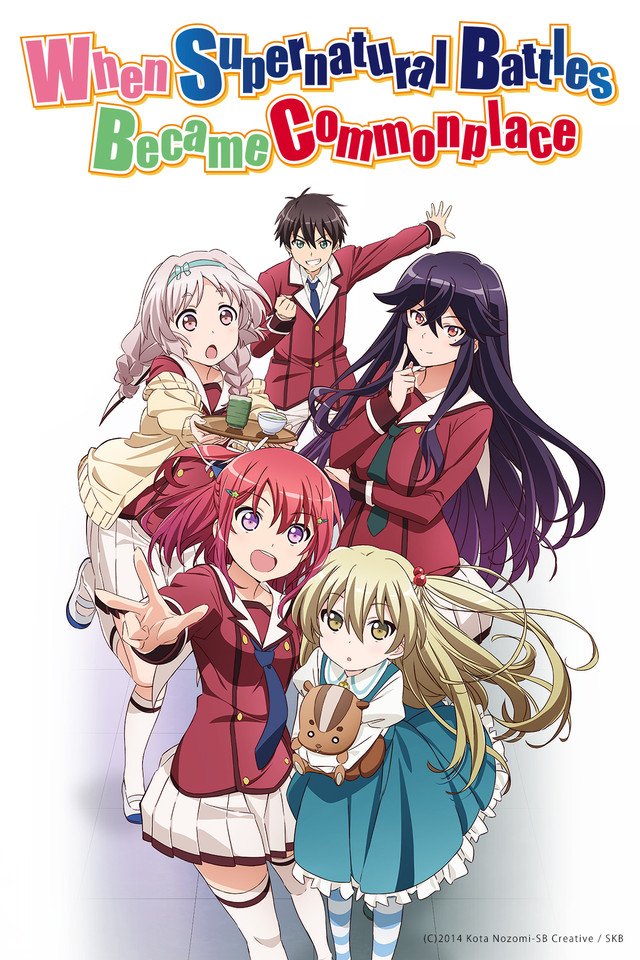 On October 31st using the Manga brand is studio Trigger’s When Supernatural Battles Became Commonplace (Inou-Battle wa Nichijou-kei no Naka de) from the autumn 2014 season. This 12 episode TV series will be released on Blu-ray and DVD separately in both English and Japanese with English subtitles. You can check out the series for free legally over on Crunchyroll. Manga Animatsu describes the story as follows:

The origin of the Senko High School Literature Club’s powers might be a little sketchy, and they may spend more time chatting than engaging in superhuman feats.

Still, there’s no questioning the incredible abilities of the club’s female members: Tomoyo can control time; Hatoko is a mistress of the elements; Chifuyu can create matter; and Sayumi can return any item to a previous state. With these powers, there are few tasks these girls can’t handle.

Meanwhile, Jurai, the club’s only male member, has a dark flame that seems a little pointless in comparison, and only time will tell if it matures into anything more useful.

Toss in a Student Council president who’s developed powers of her own and things are about to get seriously weird as the study of literature takes a comic book turn in When Supernatural Battles Became Commonplace! 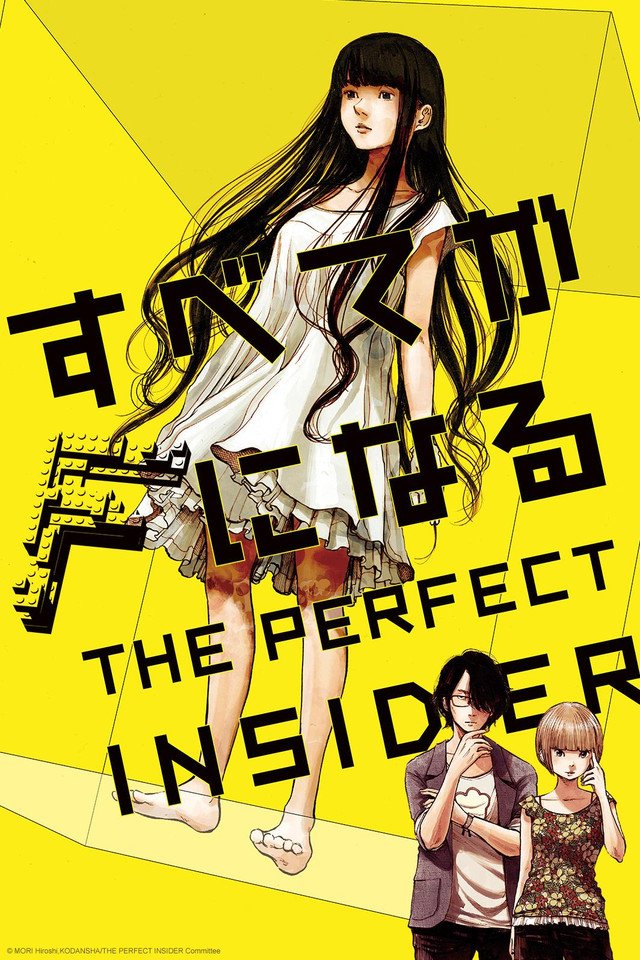 On November 14th using the Animatsu brand is studio A-1 Pictures’ The Perfect Insider (Subete ga F ni Naru) from the Autumn 2015 season. This 11 episode TV series will be released as a Blu-ray & DVD combo pack in Japanese with English subtitles only. You can check out the series for free legally over on Crunchyroll. Manga Animatsu describes the story as follows:

For most people, finding a dead body on their vacation would mean the vacation is over. However, for Souhei Saikawa, a professor of architecture, and his student Moe Nishinosono, a math prodigy, it’s a different kind of challenge.

Genius programmer Shiki Magata, one of Souhei’s idols, is inexplicably murdered inside the sealed research lab she disappeared to after being found innocent of her parents’ murder. As Souhei and Moe take the first steps into a deadly new world, they must untangle the complex web of events and clues leading up to the murder. With danger creeping up around them, this may be the last mystery this pair of human anomalies attempts to solve in THE PERFECT INSIDER! 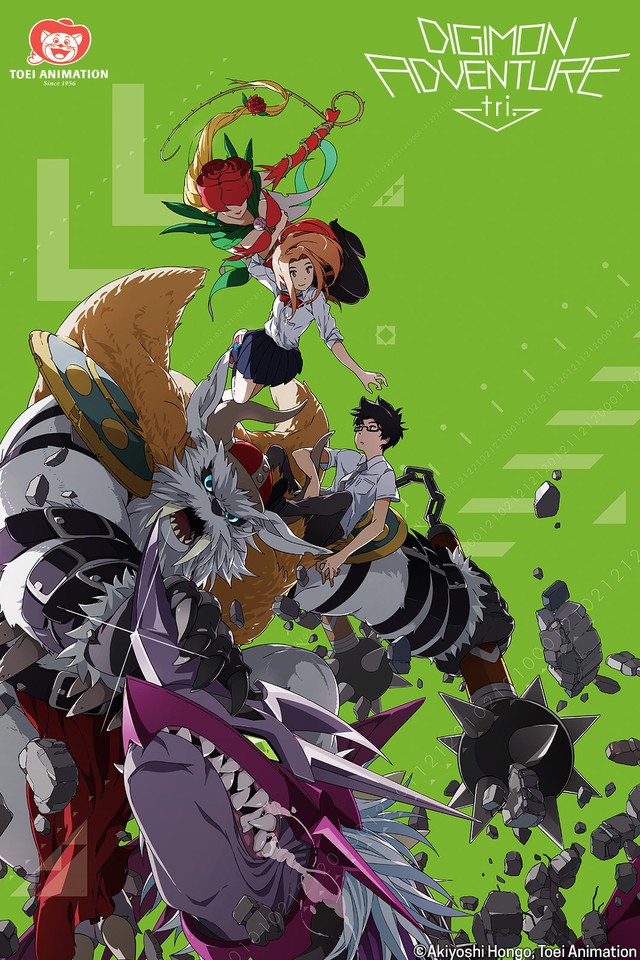 And last but certainly not the least, on December 19th using the Manga brand we will finally be able to see the first film in the new Digimon Adventure Tri series from Toei Animation. This new movie series was split into four parts each per film for online streaming sites like Crunchyroll but the UK & Ireland were the only English speaking zone to not have access to it, so now we can finally see the series for the first time. The first film will be released first as a Collector’s Edition Blu-ray and Standard Edition DVD in both English and Japanese with English subtitles. Manga Animatsu describe the story as follows:

Six years have past since Taichi Yagami and the rest of the DigiDestined crossed over to the Digital World for the first time. And nearly three years have passed since the final battle between Hikari Yagami’s group and BelialVamdemon. As the peaceful days passed by, suddenly the gate to the Digital World closed, and not even the DigiDestined know why…

In addition to these four announcements, Marketing Manager Andrew Hewson had this to say on the Manga UK website.

“We are extremely happy to be bringing UK fans so many exciting titles, including Digimon Adventure Tri Movie 1. Ever since we announced the series back in May, we have been swamped with tweets and messages asking about a release for the films – and we are thrilled to be able to finally confirm this will be happening!”

All four titles will be available for pre-order soon. 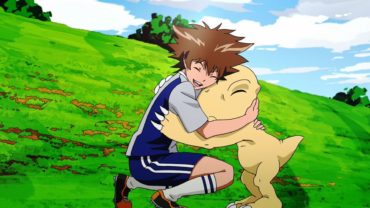