Regular readers of my reviews will be familiar with the fact that I am a big music fan. I listen to a lot of different types of music, as well as play the guitar myself. It’s safe to say that music is something deeply ingrained in my life and me as a person, so I’m always really excited when an anime falls into my hands that is focused around music. The latest example of this is Anime Limited’s release of Beck: Mongolian Chop Squad (henceforth known as Beck) which I’m here to review today.

Beck is a series from 2004 based around Yukio Tanaka (better known as Koyuki), a 14-year-old teenager who doesn’t feel like he has a place in the world. After meeting 16-year-old guitarist Ryusuke Minami, thanks to Ryusuke’s dog named Beck, Koyuki is inspired to try his hand at playing the guitar and soon discovers a passion for music. Will this newfound fascination finally give him a place in the world?

As Koyuki gets better at playing the guitar, Ryusuke begins to acknowledge his talent and enthusiasm and gradually integrates him into his band, which he called Beck after his dog. Together with the other band members, Tsunemi Chiba, Yoshiyuki Taira and Yuji Sakurai, the five boys strive to hit it big in the world of music. 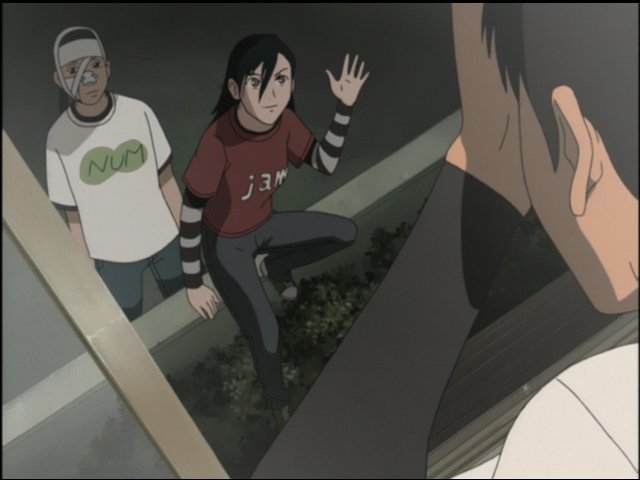 What the show offers is a very realistic look into what it means to learn a musical instrument and also the harsh realities of the industry. It’s something that most music anime wouldn’t normally bother dealing with because they usually have some other driving element to them (comedy, romance, fantastical plots, etc.), but for Beck being real is its bread and butter. For the most part I liked what Beck was trying to do but there are huge flaws here, too.

Connecting with this cast was not possible. I’ve been in Koyuki’s shoes, struggling to learn chords and complex scores while wondering if I’d ever be able to pull them off (“maybe I wasn’t meant to do this”, “maybe it’ll never come to me!”) but equally being overjoyed when I finally accomplished my goals. The problem is that whenever Koyuki finally worked his way past a problem, I never really cared. He’s an extremely bland character that I never grew fond of, so even though I could relate to his situation, I felt nothing. The same can be said for the band as a whole. All of the members face musical challenges throughout the show but not once did I find myself caring because all of them felt uninspired and plain. They struggle so hard and face so many problems together to actually get anywhere in this cut-throat industry but I really couldn’t stay engaged in the show at all and spent the majority of my time outright bored. 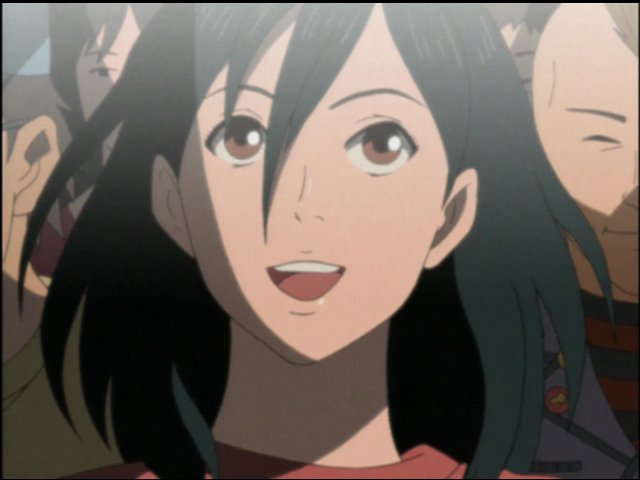 I think part of my problem rests with the fact that I’ve watched Kids on the Slope, which deals with similar issues much better. That series doesn’t involve the main character actively learning an instrument because he already plays piano, nor does the group want to go into the music industry, but there was just so much more depth and chemistry between the characters than what Beck offers. I will admit that Beck’s on-stage performances are very good but that’s the only time this cast meshed well, which is such a waste when we spend so much time with them off-stage.

While I’m making comparisons, there is also the Fuuka manga series (which has been confirmed to be receiving an anime adaptation) that suitably handles a very similar idea to Beck. In Fuuka the main character, like Koyuki, doesn’t really have a place in the world but he meets a girl named Fuuka and is inspired to start playing the bass. Thanks to that, he joins a band with Fuuka and some friends and they try to make it in the music industry. Even without animation and actual music to back it up I find Fuuka much better than Beck. This is largely down to the fact that the characters are simply that much more interesting. I really like them! Whereas with Beck I’m almost certainly not going to be remembering anyone. 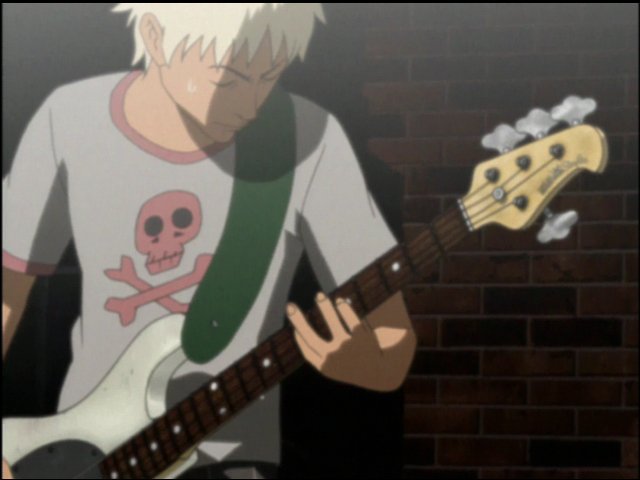 Some blame for my dislike of the anime also stems from the animation. The series is handled by Madhouse and overall doesn’t look too bad for its time. However, characters are often off-model if shown at a distance and the show has a very annoying habit of lingering on shots that are obviously there for symbolism but don’t actually work. That said, the show does make some good usage of CG when instruments are being played, resulting in a realistic effect. It’s definitely convincing to watch and makes me happy to see because I can always understand the chords that Koyuki is going for. Unfortunately the CG combined with the age of the series, as well as the way it was produced for DVD back when originally released in the US, means that there is a recurring visual issue with the opening song. It’s not a massive issue but the opening can look mildly pixelated at times around the characters, making it quite off-putting. Thankfully this problem is limited to the opening as the ending and series itself all seem fine.

Of course this is a series based around music and in that regard Beck hasn’t done too badly. The series is musically centered around covers of famous songs (especially from English bands like The Beatles) and these do sound rather good. I’m a big fan of bands who heavily indulge in guitar driven tracks, and so the rock music Beck played always felt right to me. There isn’t a great deal of original music on offer but what there is tends to be memorable enough. It has a good groove to it and as the series progresses you can tell it has been built around the idea of displaying how much Koyuki has grown as a guitarist.

The opening for the series is ‘Hit in the USA’ by the band Beat Crusaders, who also provide the the second ending theme titled ‘Moon on the Water’ – a song that Koyuki learns and occasionally plays throughout the show. The tracks are usually sung completely in English and have a proper pop-punk feel to them that has obviously been inspired by western music and fits with the tone of Beck. The ending used for most of the episodes – only changing for the final two or three – is ‘Above The Clouds’ by Meister (currently going by the name The Brilliant Green). It appears that Meister have also been heavily influenced by English music, most notably The Beatles. 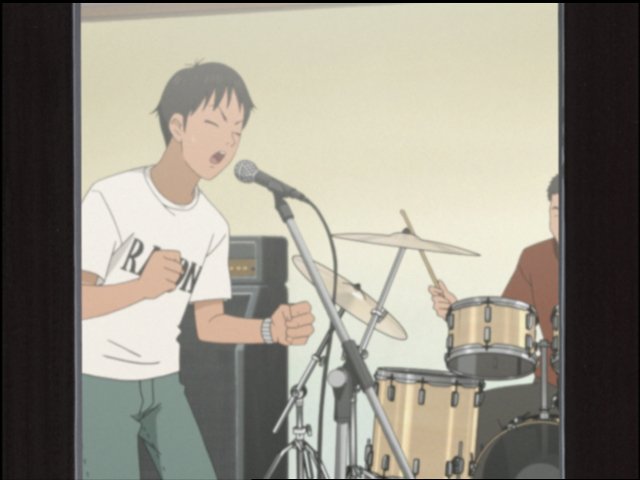 I’d like to say that the voice actors for the series are notable but unfortunately, both in the dub and original Japanese, they really aren’t. In the original Japanese track the majority of the cast are swapped out when the characters are required to sing, which generally isn’t too disruptive but makes it difficult to truly become attached to any of the actors. The English dub certainly isn’t groundbreaking either but it does the job. It also loses a few points purely because so much of Beck revolves around the fact Ryusuke and others can speak the English language, so in scenes where Koyuki (being Japanese) is meant to be feeling a bit lost listening to them it just doesn’t work as well. However, the dub doesn’t change voice actors for the singing, so that’s a point in its favour.

This release comes to the UK thanks to Anime Limited, and it is worth noting that this is the first time the series has been released in a complete form in the UK. The previous release of Beck stopped at episode 18. This release is DVD only due to the fact that the blu-ray master for the series just wasn’t that good and from what I’ve seen of the DVD I’m inclined to agree that Anime Limited made the right idea skipping it. This set contains the full 26 episodes with their dub and original Japanese audio. The only extras to speak of are clean opening and ending themes.

The biggest problem I am left with concerning Beck is that it took real effort to push through it. I genuinely love music and yet I have not been this bored with an anime in a really long time. I don’t usually like saying this kind of thing, but I think Beck was probably a better series back in 2004 than it is today because the likes of Kids on the Slope have aired since. It’s down-to-earth and very realistic which certainly works, but with no chemistry between the cast I just don’t care about what’s going on – especially not for 26 episodes. I really wish I was sitting here writing something else but sadly, as it stands, I am struggling to recommend Beck. Perhaps the best I can do is recommend checking out the series on FunimationNow before purchasing.

Your Lie in April Part 2 Review