Following last week’s theatrical release of Kyoto Animation’s A Silent Voice, Anime Limited have already put gears in motion for their next cinematic anime effort. Get ready to explore a whole new world around us, because Sword Art Online: Ordinal Scale is coming to cinemas from 19 April 2017. To find your nearest screening and book tickets, please visit http://saothemovie.co.uk/.

An original story set in the world of Reki Kawahara’s popular light novels, Sword Art Online: Ordinal Scale sets aside the franchise’s trademark take on Virtual Reality to offer its own spin on Augmented Reality – the Augma. Released as a safer competitor to the infamous NerveGear and its successor, the Amusphere, the Augma is an instant hit on the market. Kirito and his friends quickly take to a new MMO designed exclusively for the Augma, Ordinal Scale, but will soon find out that it isn’t all fun and games.

Director Tomohiko Ito (Erased) returns to helm the franchise once more at A-1 Pictures (Your Lie In April), alongside the original cast, led by
Matsuoka Yoshitsugu as Kirito and Haruka Tomatsu as Asuna. 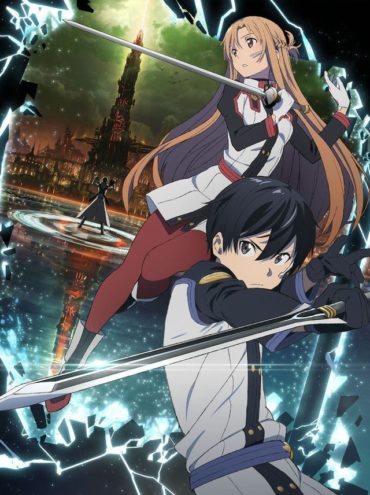 The first part of Anime Limited’s upcoming release of Studio Trigger’s hit television anime Kill la Kill was originally scheduled to launch on 8th December 2014, in both a Collector’s Edition DVD and blu-ray releases. While it’s almost become a trend in for home video releases of anime to be delayed, today, the distributor announced on their official … Continued

Today at the Scotland MCM Comic Con in well, Scotland, Manga UK hosted their now regular live podcast panel, during which some small details about upcoming releases were revealed: – The anime adaptation of the Weekly Shonen Magazine manga Fairy Tail will be moving into the high definition with the release of its 5th volume, which will … Continued