“It does not do to leave a live dragon out of your calculations, if you live near one.” – J. R. R. Tolkien.

This collection marks the end of the original first series of Fairy Tail. Fortunately the next parts are coming out soon, which is good because the ending leaves some things unresolved along with cliffhangers.

We return to the Grand Magic Games, where at the end of Day 2 both Fairy Tail teams are in joint sixth place. While things are going roughly for the guild, things are even worse for Yukiro of Sabertooth who is expelled from the guild for losing to Lucy. She offers her two celestial spirits to Lucy, which would mean she would have all 12 Zodiac signs, but she turns them down. Natsu meanwhile goes on a rampage at the place Sabertooth are staying, but is stopped by the arrival of Minerva, one of the guild’s aces who has been absent due to fulling a mission, but is now back as part of the guild’s team for the games. 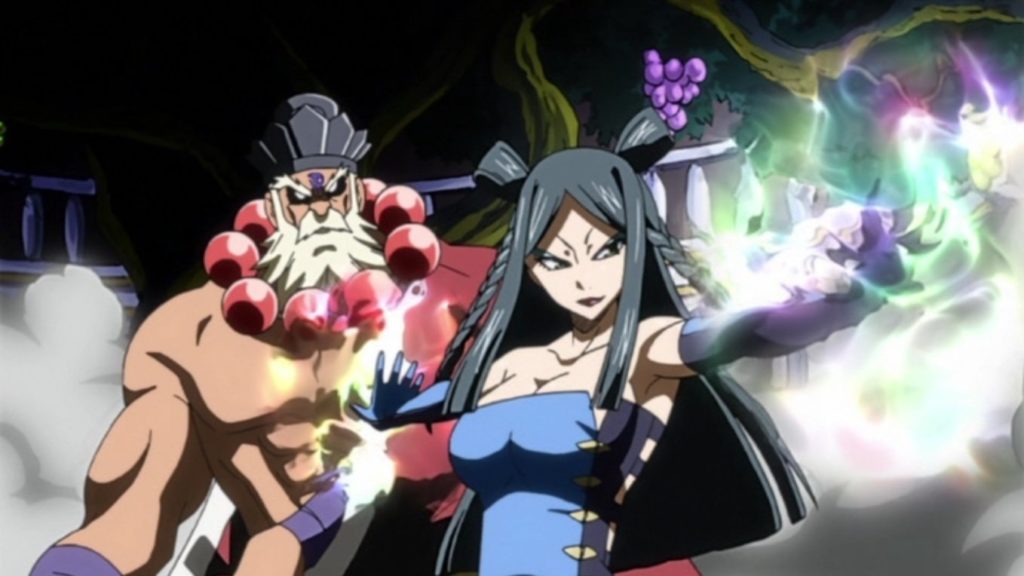 The third day begins with the challenge of trying to slay a bunch of monsters, with one wizard going out at a time, the winner being the person who kills the most creatures. Erza is first up – and wins by defeating all 100 monsters. Because of this, the other competitors enter a “test of strength” contest to determine the rest of the points, which is won by Cana, thanks to some help from Mavis. The round of fights sees Laxus defeating Raven Tail, whose methods of cheating are finally uncovered and this leads to their disqualification; while Wendy with her Sky Dragon Slayer magic ends up facing Shelia of Lamia Scale, who has Sky God Slayer magic.

In the meantime, Jellal is still trying to uncover the source destructive magic, but members of the magic council spot him and he gets rumbled. It is only with the help of one of the judges that he is able to walk free. Following this, the fourth day of events features an underwater battle with Juvia and Lucy taking part; after which comes a set of two-on-two team battles. However, as one of the teams have been disqualified, the Fairy Tail teams are ordered to merge. This means that Natsu and Gajeel face Sabertooth’s Sting and Rogue in a four-way battle of the Dragon Slayers. 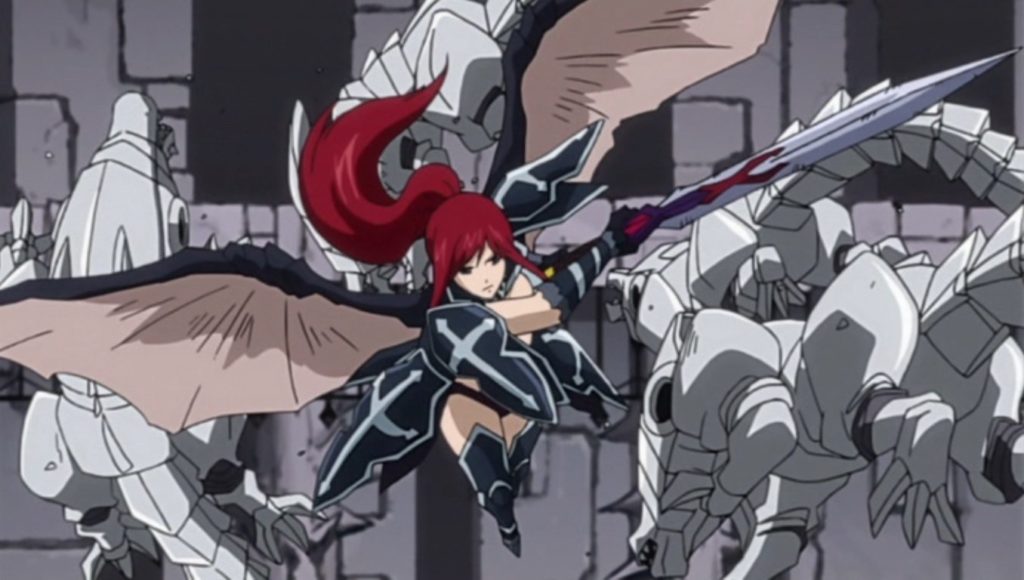 While the battles are set up to be the main draw in this collection, the more interesting elements are the more dramatic moments. For example: Laxus reveals why Raven Tail cannot stop them no matter how hard the dark guild tries; while two members of Mermaid Heel reveal their desire to kill Jellal, but restrain themselves partly because they realize that he is with Fairy Tail. The most interesting battle moment is in the underwater fight. In it, one of the other opponents is Minerva, who batters Lucy inhumanely to the point her life seems to be in danger.

The main frustration though is that this series ends with the Games still having one day left to go. If there is a plus, it is that the ending reveals a lot of points of interest in the forthcoming collections: Charle is still getting visions of a castle falling and Lucy in pain; Gajeel finds a strange graveyard under the colosseum where the games are being held; Jellal is shocked to discover the source of the malevolent power; and at some point in the future, in a burning city, Levy is crying and in rags while writing about, among other things, the deaths of two people. There’s certainly a lot of action still to come, then! 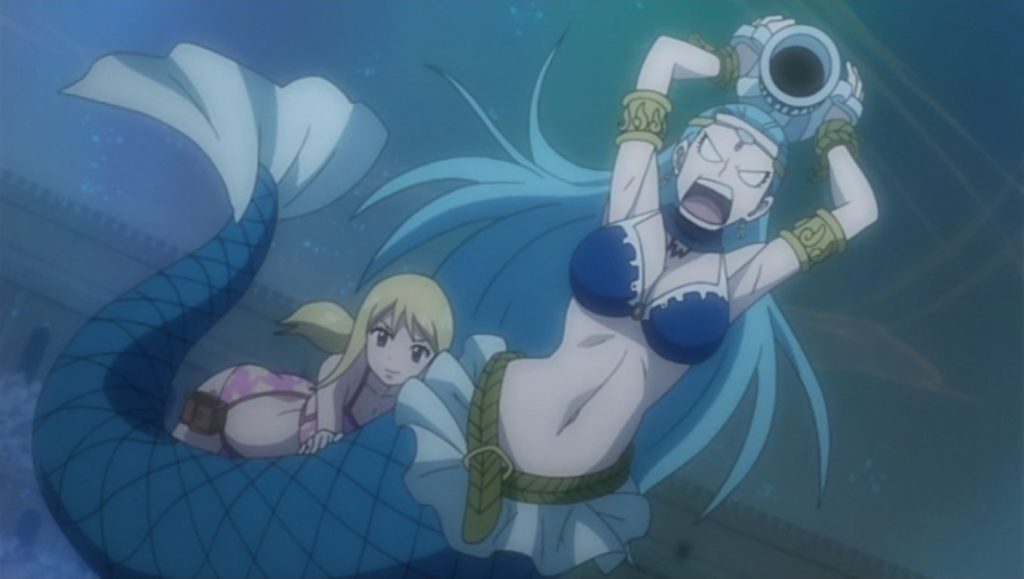 The best thing that you can say about this collection therefore is that it leaves you wanting more. The way that Fairy Tail’s fortunes are changing, giving the crowd the chance to see the talented guild of old, get you excited, leading up to the Dragon Slayer battle and the revelations to come.

Regarding extras, there are episode commentaries (audio and video), trailers, and textless opening and closing, which include two new pieces. Of them, I personally prefer the ending, “We’re the Stars” by Aimi, to the opening, “Fairy Tail ~Yakusoku no Hi~” by Chihiro Yonekura. 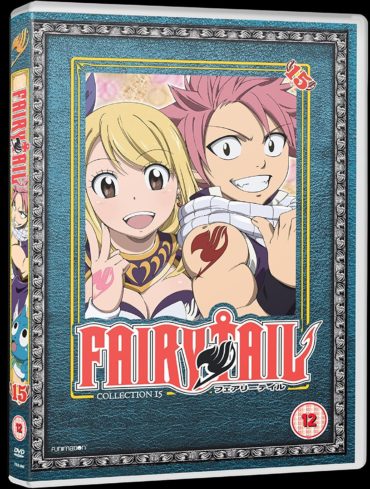