“Monster, cursed, whatever – you’re my teacher!” Marion to Johanna. “No one else would do what you did for me. I want to keep learning from you…”

Marion’s family has fallen on hard times. The young boy tries to snatch back his father’s books from the debt collectors and is chased as a thief, only to be rescued by an eccentric bespectacled woman, Johanna. Marion – who recognizes a kindred scholarly spirit – is determined to follow Johanna, only he hasn’t bargained for a terrifying encounter in the church at night with an inquisitor, Lorenzo Calendra. Scarcely less terrifying is the object Johanna has come to collect: the severed arm of the demon Mephistopheles, whose physical body has been divided and split between several sacred places as punishment for a demonic act. When Marion hears the inquisitor address Johanna as Dr Faust, he realizes that he has allied himself to the immortal figure of legend. And when a huge, headless demonic creature appears at Johanna’s call to sweep them away from the inquisitor’s blade, he realizes there is no going back. They must flee with the inquisitors close behind them!

There are some mangaka who draw like angels but are not so good at telling a story – and there are some mangaka who are gifted story tellers but their art leaves quite a lot to be desired. Every now and then, a mangaka crops up who combines the two skills and Kore Yamazaki (The Ancient Magus’ Bride) is one of those rare gifted creators. In ongoing Frau Faust her distinctive style of drawing is instantly recognizable, as are some of the themes in the story, as well as the adoption of a convincing European setting (an alternate Germany here, quite possibly in the same alternate world as the England that Chise and Elias inhabit in The Ancient Magus’ Bride.) Some mangaka adopt European historical settings with a merry disregard for research – but not so Kore Yamazaki; as her delightful and detailed Afterword reveals, she’s done plenty of investigations into the legend of Faust, demons, and other representations of the iconic (and usually masculine) figure. She is also very creative in the way she reinvents the elements of the legend and creates her own unique and engaging story, riffing off of the original legend. Her dry and subtle sense of humour is still very much in evidence, effectively balancing out the more grim and dramatic elements.

Another noteworthy fact is that Frau Faust is josei (aimed at a more mature female readership than shoujo) and is published by Kodansha in Itan, a josei magazine that also notably published Shouwa Genroku Rakugo Shinjuu/Descending Stories by Haruko Kumota. Johanna Faust is revealed to be a scientist/alchemist whose inventions have been created to benefit mankind but have sometimes backfired with unfortunate consequences. But her strange interdependent relationship with the only partially restored demon Mephisto may well remind readers of the similarly strange relationship between Chise and the mage Elias, her buyer, husband-to-be and mentor, who, although able to assume human form, is deep-down a very non-human creature. Through Chise, Elias is gradually learning what it might mean to have human feelings…but, tantalisingly, it’s a little too early – with only three chapters in this first volume – to tell to exactly how co-dependent Johanna and her demon really are. 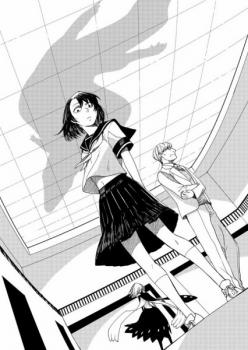 The last quarter of the volume is taken up by Transparent Museum, a one-shot about a girl whose home life is in disarray, due to her parents’ messy divorce. Happening upon a mysterious, empty museum one day, she is given a task by the museum director to complete that may help her come to terms with the changes in her life in more ways than earning money. A deceptively simple parable with, again, some quiet moments of dry humour, that repays more than one reading to fully appreciate its subtle message.

The handsome trade paperback Kodansha edition offers a smooth and very readable translation by Stephen Paul, a helpful page of Translator’s Notes, and some nice extras from the mangaka including some wonderfully silly sketches and a 2-page ‘Next Issue’ trailer. (It’s probably asking for too much to wish for a colour insert as well, but one can wish…)

This is a treat for all readers who already love The Ancient Magus’ Bride, revealing Kore Yamazaki to be a skilled writer of contemporary fantasy who just happens to have chosen to tell her stories through manga (thus adding a rich extra dimension to the telling). 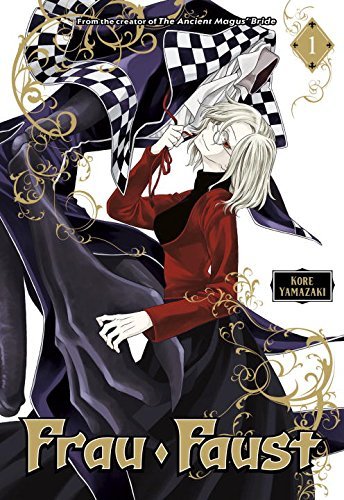 The Girl from the Other Side: Siúil, a Rún Volume 2 Review