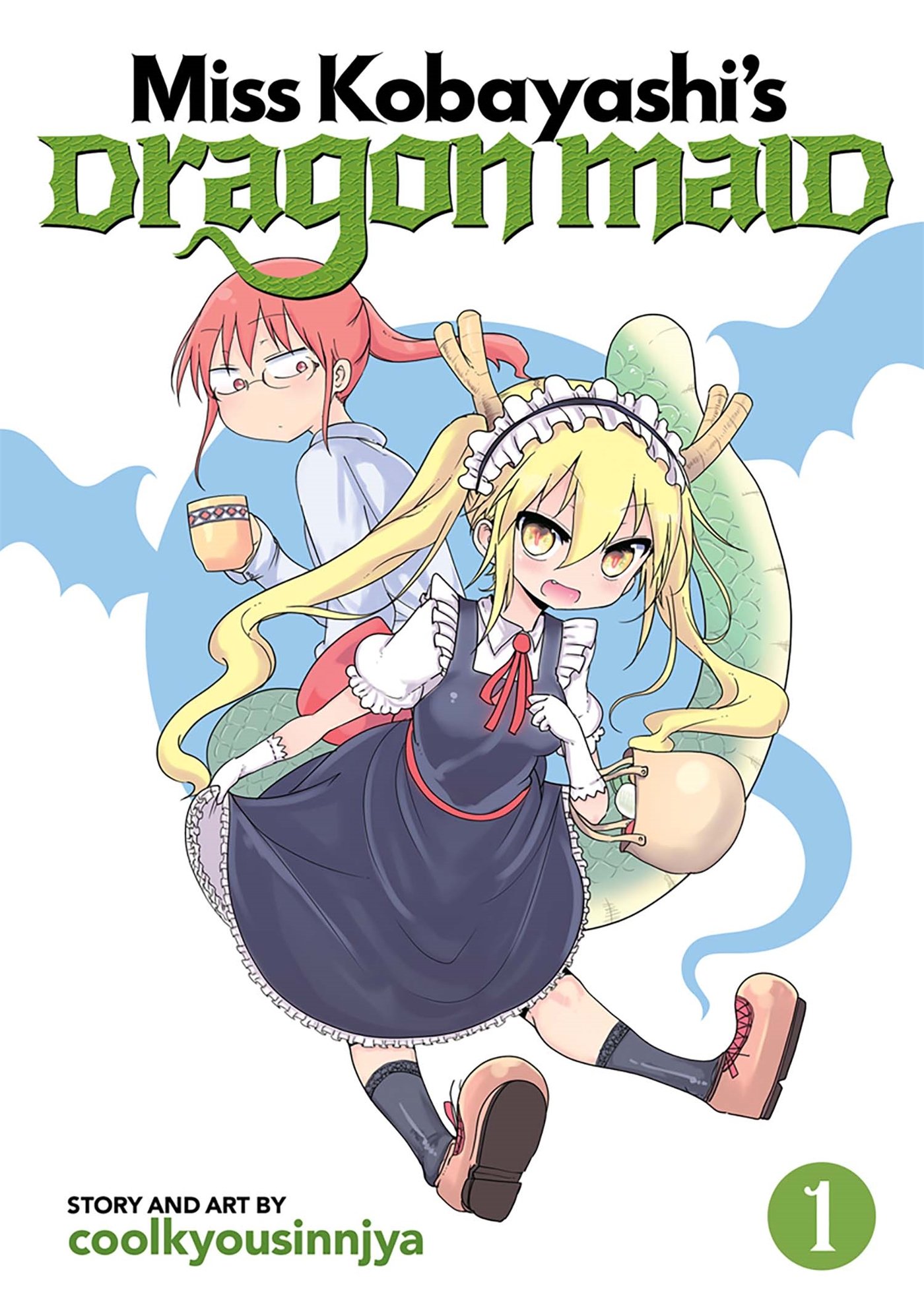 Everyone who has ever gotten drunk has probably done something they have come to regret, whether it’s making drunk texts to ex-loved ones, or accidentally buying a load of stuff online while inebriated. But these pale somewhat in comparison to inviting a dragon to come and live with you.

Miss Kobayashi is a low level systems engineer and closet otaku who, one drunken night, went up a mountain and met a dragon called Tohru, who had been attacked with a sword. Kobayashi helped the dragon and the two got talking. During the conversation, Kobayashi suggested that Tohru should stay in her flat, an offer which Tohru accepted. Now Kobayashi has to put up with co-habiting with a legendary monster in her home, but to make things easier for her Tohru adopts a human guise and decides to work for Kobayashi as her maid, although she can’t hide her dragon horns. 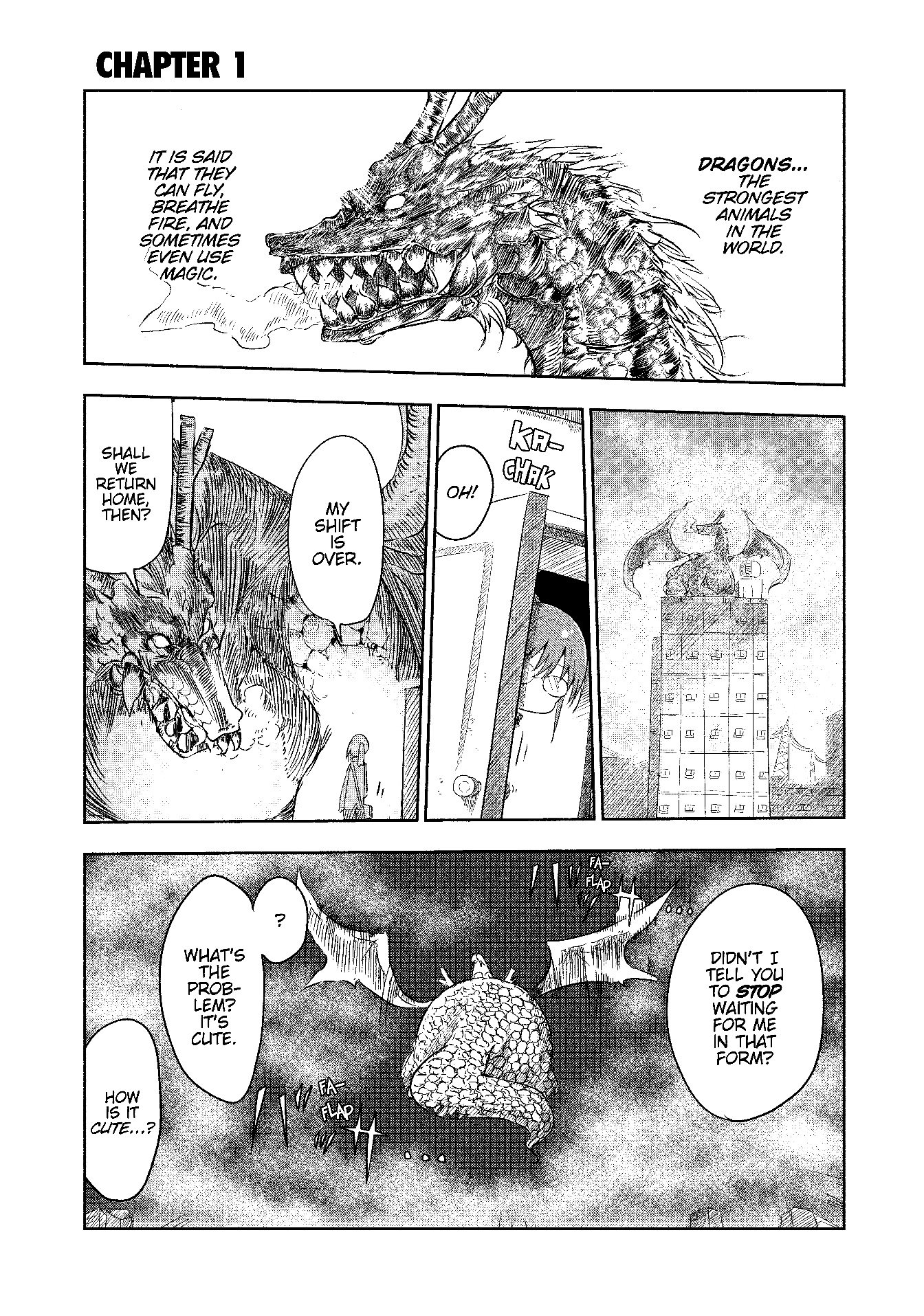 Tohru has some talents. She is able to get Kobayashi to work incredibly quickly, although her hard skin makes the ride uncomfortable. If the laundry is taking too long to dry because it is overcast, a quick burst of flame towards the clouds will make a hole big enough to let the sun shine through. Tohru also has some problems though. She distrusts other humans such as Kobayashi’s work college and fellow otaku Makoto Takiya, and her cooking is terrible.

There is also the problem that soon other dragons start visiting Kobayashi. There is Kanna Kamui, ejected from the dragon realm for playing a prank; Fafnir, whose attitude to humans appears to be summed up with the word “kill”; and the oddly dressed and buxom Quetzalcoatl. 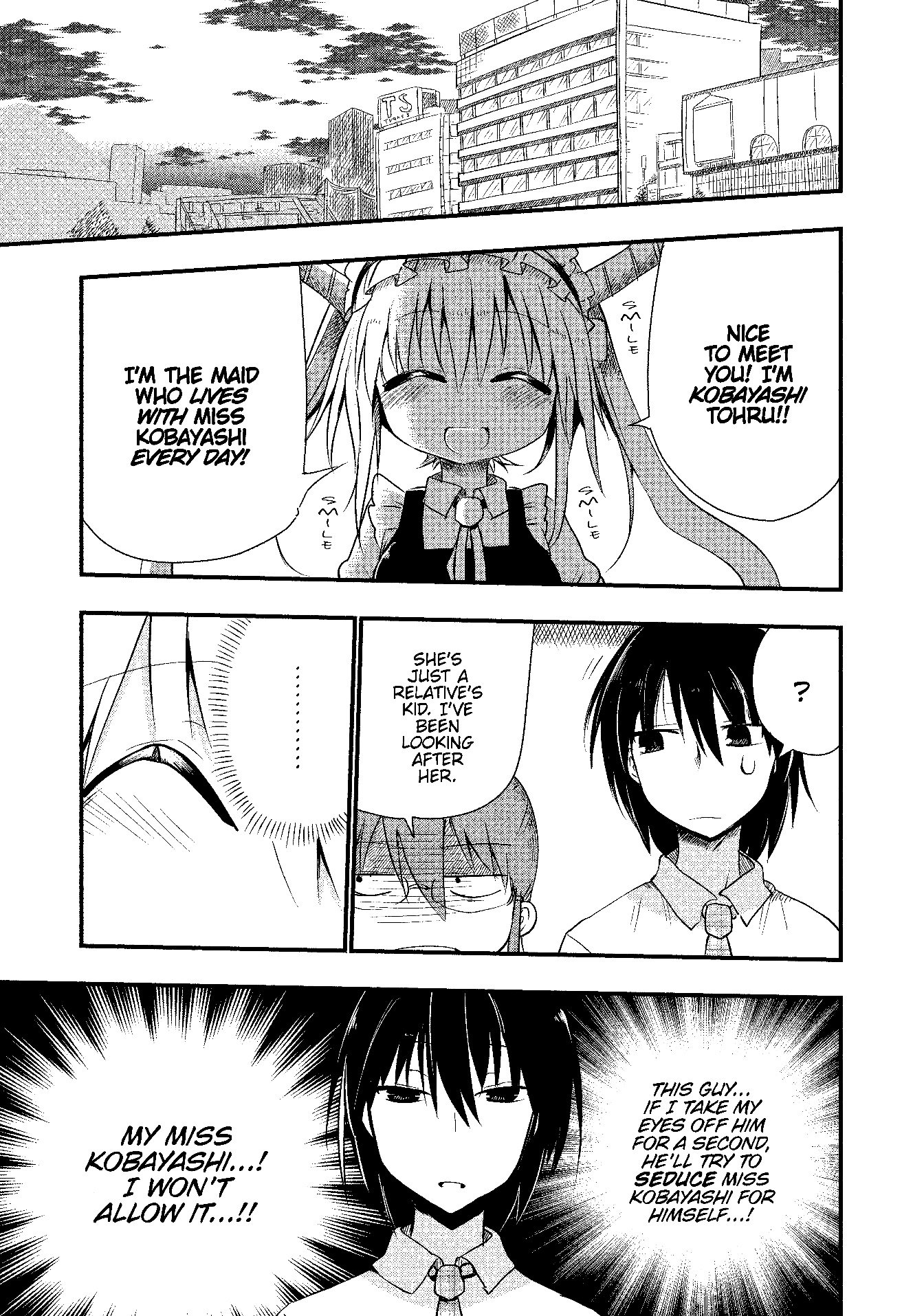 While this title comes from the same publisher as How to Build a Dungeon, this manga is much more family-orientated. However, you still get the feeling that perhaps the “all ages” rating is not quite true. There is a brief scene where Tohru is naked, and at the beginning of the volume Tohru claims she likes Kobayashi “sexually”. Apart from those instances however, Miss Kobayashi’s Dragon Maid is pretty much suitable for all. Perhaps it is best to think of it as “PG” rather than “U”.

The main characters are what make the series work. Kobayashi has to put up with the stress of keeping Tohru and later Kanna in check, but is also free to loosen up and suddenly start debating with Makoto about the differences between Lolita fashion and maid outfits. Tohru meanwhile has so many different comic elements: trying to adjust to the human world, her love of Kobayashi, her jealous feelings toward Makoto, and then there is just her doing what to her is normal, but what Kobayashi and for that matter any human would think is bizarre – like play-fighting with Kanna, which involves a potentially massively destructive battle. 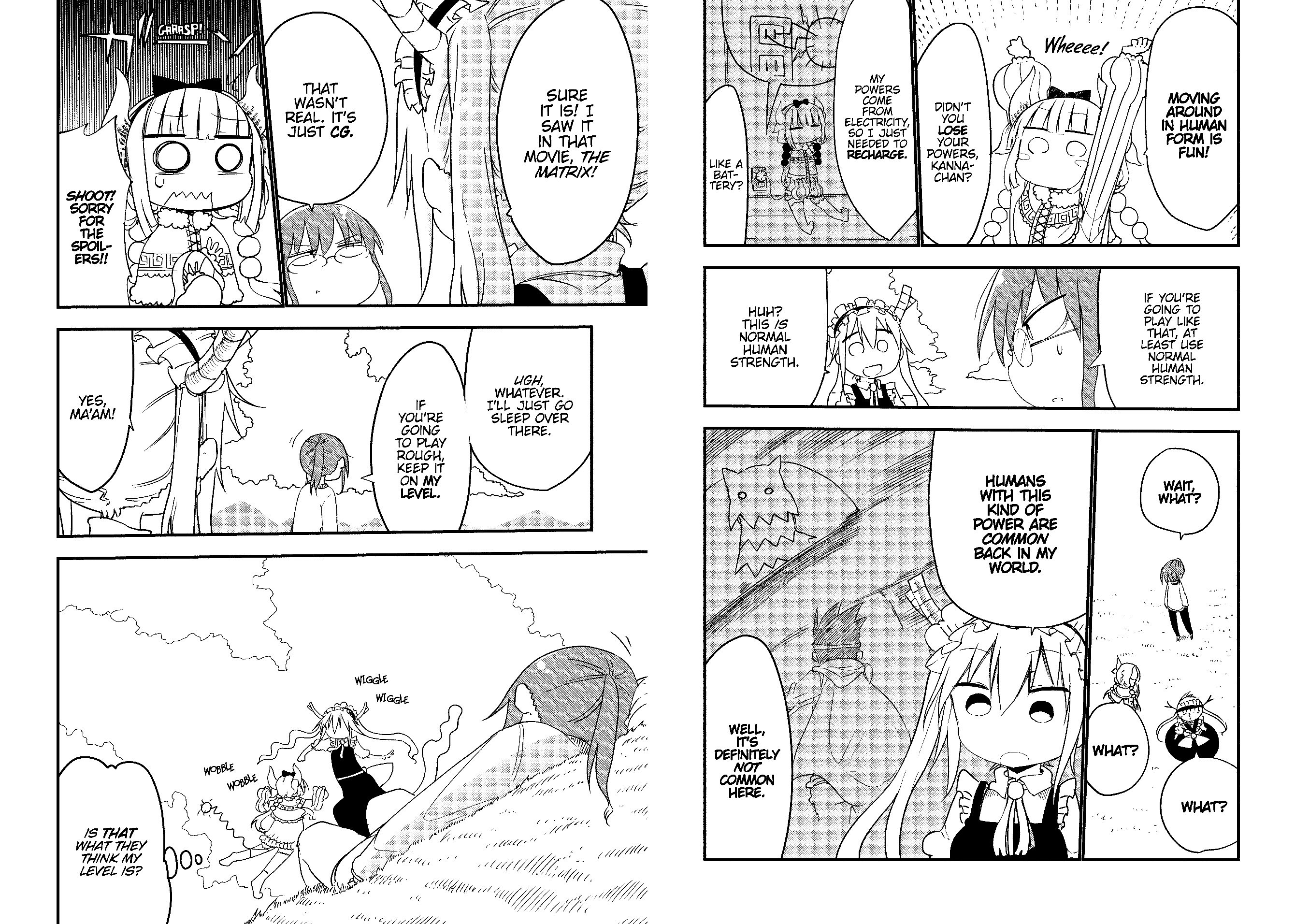 It is certainly a jolly title and it already has built a fan base. There is currently an anime adaptation of the series in the works, so watch out for more.