Announced via social media, Manga Animatsu stated that a couple titles will be pushed back due to unforeseen delays.

Ushio & Tora‘s complete DVD collection will now be released sometime in early 2018. The good news is that the limited deluxe edition Blu-ray release will remain unchanged.

Soul Eater‘s complete Blu-ray collection will also be pushed back to 27th November 2017. These are expected to use the Funimation master.

And last (but probably least given the distributor), the KAZE UK release of JoJo’s Bizarre Adventure (2012 adaptation) has been pushed way back into early 2018. The set will contain both Part 1: Phantom Blood and Part 2: Battle Tendency arcs from the 2012 anime adaptation.

Now for some good news. The anime mini-series Halo Legends will be returning to home video via a new Halo collection coming out by Manga Entertainment. Halo Legends was initially released under Warner Bros but it will now be back in a collection alongside the other live-action western properties Manga licensed that are part of the Halo franchise; Forward Unto Dawn, Night Fall, and Fall of Reach. It will be available on 23rd October 2017. 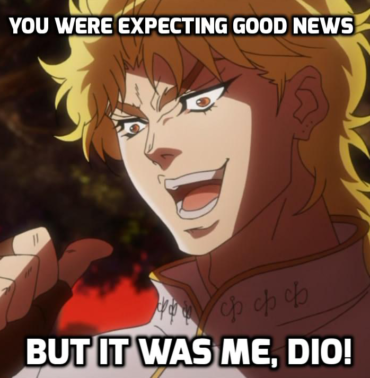 Some surprises and more on-going shonen join the fray!

The Anime UK News Christmas Gift Guide is back, but with a new twist. This time, the team has come together to give you ideas on what we think will make the best gifts you can give this year.