Some of these titles were planned to be released prior, however there were production delays that Manga addressed a few months ago. 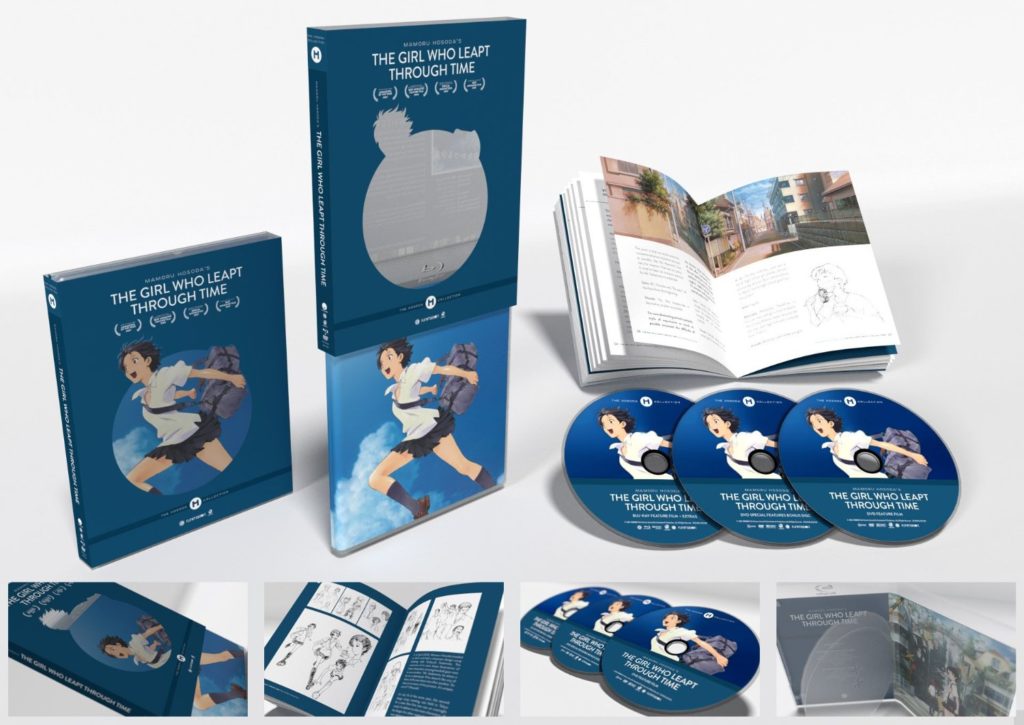 Funimation a while back introduced a new line of collector’s edition sets dedicated to the works of Mamoru Hosoda. Manga Animatsu have announced they will be doing the same by giving The Girl Who Leapt Through Time, Summer Wars, and Wolf’s Children a brand new re-release each. While artwork may be in approvals the sets described to us are similar to the Funimation releases, such as a special clear sleeve and a 52 page artbook. All three will be available on November 6th 2017 with an SRP of £29.99 each. Details are unknown on whether The Girl Who Leapt Through Time will be using either the Bandai master (which was used in the previous UK Blu-ray release) or the newer Funimation master. The image above is an example of what Funimation’s Hosoda Collection set looks like.

Beyond the Boundary -I’ll Be Here- double feature is now due for the Q4 season. Sentai Filmworks have officially confirmed their own release with an English dub so Manga Animatsu can now follow suit. The UK release is currently set for a collector’s edition combo pack with both films together. If it’s any indication there should be 3 discs in total; one for the Blu-ray and two for the DVDs. The set is also available on pre-order with the standard DVD as well. Both formats are set for October 16th 2017 for SRP £34.99 and £24.99 respectively.

Digimon Adventure Tri Movie 2: Determination will also be released. The set is expected to match the first film’s release when it becomes available on November 6th 2017 as a combo pack and a standard DVD. The collector’s edition combo will be SRP £24.99 while the standard DVD is £19.99. The film will contain both the English dub and original Japanese audio with English subtitles.

In This Corner of the World pre-orders are also now available with both a standard DVD (SRP £19.99), standard Blu-ray & DVD combo (SRP £24.99) and collector’s edition Blu-ray (SRP £29.99) available. There are no further details to share but the film is currently available in UK cinemas so do check it out if possible! The home video release is currently set for October 30th 2017 with English & Japanese audio with English subtitles.

Coming from Animatsu’s worldwide search for unique titles comes the film My Entire High School Sinking Into The Sea from American director Dash Shaw. The movie will be released on both Blu-ray and DVD on November 27th 2017 for SRP £24.99 and £19.99 respectively. GKIDS released the title in North America.

In addition a standard edition Blu-ray and DVD release of The Transformers: The Movie will also be available on December 26th 2017 for SRP £19.99 and £15.99 respectively. The Limited Edition Steelbook is still available if you want to try and get your hands on that release.

Haven’t You Heard? I’m Sakamoto will have it’s UK debut in fabulous style as the show will be available in a special deluxe edition release. Currently set for SRP £49.99 and November 20th 2017, there’s no more details on the extra contents just yet but we can confirm that the show will be available in both English & Japanese audio with English subtitles. There’s no news on the Sentai Filmworks release just yet so don’t be surprised if a potential delay occurs. 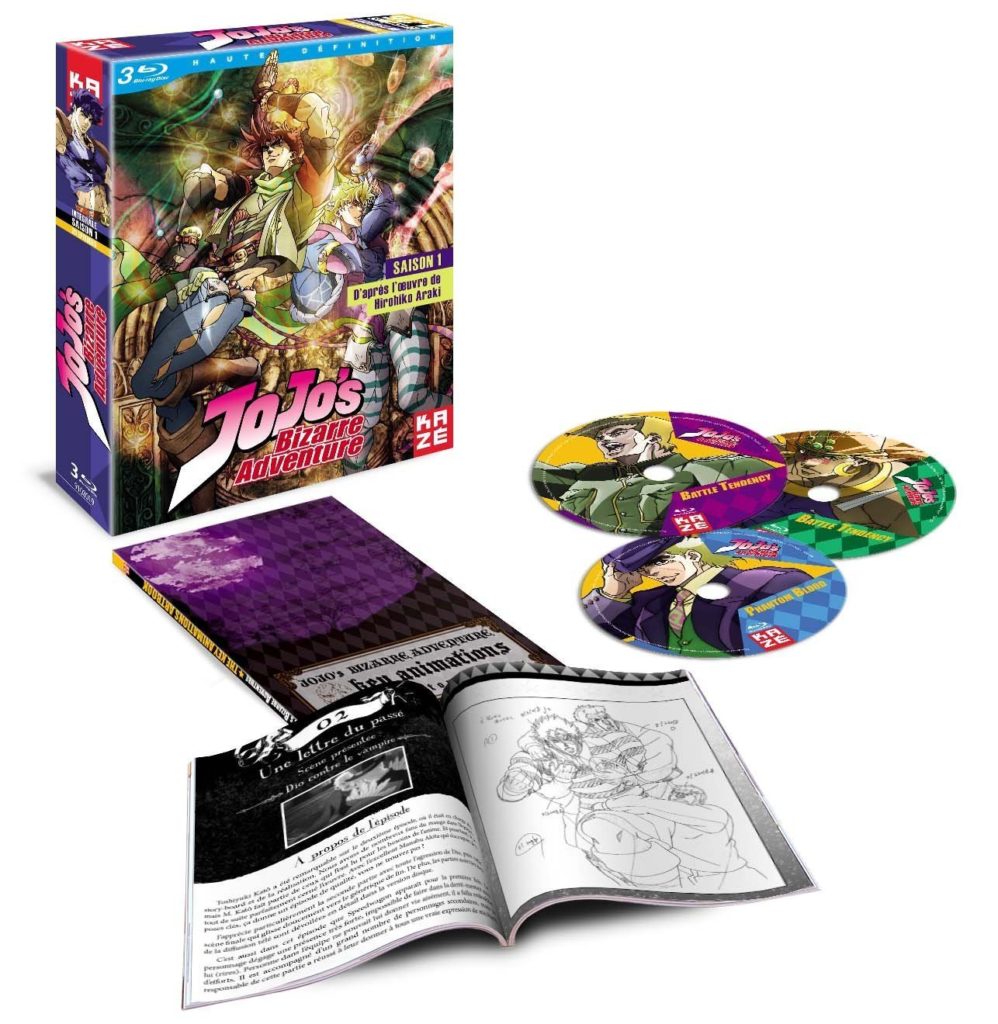 JoJo’s Bizarre Adventure the Animation is coming back to the UK on Blu-ray. The release will cover the complete first season covering Part 1: Phantom Blood arc and Part 2: Battle Tendency arc as well as the English dub & Japanese audio with English subtitles. The UK release is expected to be released under KAZE UK so the contents could be similar to the French release (as seen above). The UK set will be available on November 27th 2017 for SRP £49.99. A DVD version is also listed but currently Amazon have noted it as the Movies (as Season 1 did have a recap compilation) which may be an incorrect labelling.

Naruto Shippuden continues it’s long running releases with Box 30 covering episodes 375-388. There are 500 episodes in total for Shippuden so fans are almost there for the conclusion to Shippuden. The DVD set will be available on November 13th 2017 for SRP £24.99.

Soul Eater returns with a complete series Blu-ray release. The show has already been available on DVD for many years but now Manga Animatsu have decided to give this title the next upgrade to high definition. The set will be available on October 16th 2017 for SRP £49.99.

Sword Art Online comes back once again, this time with a complete series box set for the show’s first season. Originally released in four parts due to Aniplex, the show is now going to be released together – covering the Aincrad and Fairy Dance arcs. This release will not contain Extra Edition as it is currently unlicensed for the UK. The Blu-ray and DVD sets (SRP £49.99 and £39.99 respectively) are set for October 30th 2017.

Yokai Watch is also coming to the UK on DVD with English audio only, due to changes made to be localised for the west. The show’s first season is set for October 9th 2017 at SRP £19.99.

That’s it for the Q4 release slate for Manga Animatsu! You can pre-order all of these titles right now over on online retailers such as Amazon UK. 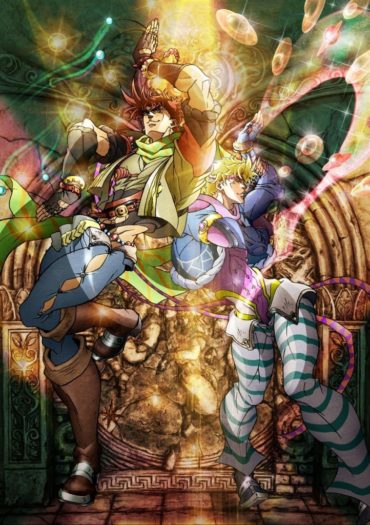 We received a heads-up by the distributor on some good and bad news surrounding a few titles.