Having read Kizumonogatari and Bakemonogatari, my love for the Monogatari series is set. With that in mind I’ve been looking forward to the release of Nisemonogatari; to dip my toes into this remarkably unique series once more. Now that I’ve read both parts, I’m here to review the latest English localised arc in the Monogatari franchise.

Nisemonogatari sets out to introduce us to Koyomi Araragi’s younger sisters, Karen Araragi and Tsukihi Araragi. The two are widely regarded as the ‘Fire Sisters’, known for getting involved with dangerous gangs and perilous situations in the name of justice! Up until now the two have only been mentioned in passing but with two books dedicated to the siblings, just what kind of mayhem is Araragi going to find himself in now?

The first part of Nisemonogatari is centered on Karen, the older sister with a love for karate. Karen also has a tendency to act before she thinks, which gets her into all kinds of trouble! When she’s stung by a mysterious bee and comes down with a terrible fever, it’s up to Araragi to save the day for his precious sister.

Meanwhile, the second part of Nisemonogatari tells the story of Araragi’s youngest sister, Tsukihi. While she might not be as tough physically as Karen, she’s much more unpredictable and obviously the brains behind the Fire Sisters team due to her intellect. Together the two make for an unstoppable duo, but it seems Tsukihi is hiding a secret that will cause Araragi to once again spring into action to protect his family! 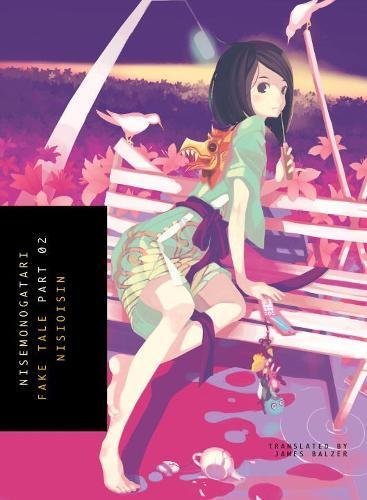 As with previous entries in the Monogatari series, it’s actually quite difficult to talk about the plot for Nisemonogatari simply because the bulk of it happens towards the end of both books. This is because the Monogatari series hinges so much on its character interactions and quirky humour – all of which are present and well done across the two books. In fact, author NISIOISIN is so used to writing the comedic scenes that he often inserts dialog for Araragi during tense moments saying that now isn’t the time for more comic relief! It’s fourth wall breaking, as a lot of NISIOISIN’s jokes often are, and greatly amusing to me as a reader. If nothing else, he knows how to write great, snappy dialogue that will put a smile on your face.

Overall, the stories for Nisemonogatari are well put together. Interestingly the books were originally written as the final entries for the Monogatari series and thus serve to tie up any and all loose ends very nicely. Araragi’s sisters are genuinely interesting characters and I’m glad we’re given the chance to get to know them more than the vague references Araragi dropped in Bakemonogatari. While other cast members are largely shelved in an effort to tell stories revolving around the sisters, they still turn up enough times to leave fans satisfied. These really would have worked fine as final entries, but personally I’m glad Monogatari didn’t end here and that there is a lot more to come.

Unfortunately not everything about Nisemonogatari is of the high quality that I’ve come to expect from the series. This arc sees a temporary change in translators from Ko Ransom to James Balzer, and this has not worked in the series’ favour. If you’re a seasoned Monogatari fan you’ll be aware that Tsukihi has a catchphrase known as ‘Platinum Mad’. It’s a phrase used in the English subtitles for the anime, both streaming and home video, and even one of Nisemonogatari’s anime openings was called ‘Platinum Disco’ in reference to Tsukihi’s character. However, for this release of the light novels Tsukihi’s famous catchphrase has been translated as ‘Dagnabbit Mad’ instead, which I think is a huge disservice to existing Monogatari fans.

You could argue that maybe Blazer just didn’t know about ‘Platinum Mad’ because he’d never watched Monogatari before, which would be a reasonable assumption, but within the inside cover for Nisemonogatari Part 2 there is a reference to a famous scene in the Nisemonogatari anime involving a toothbrush. This implies that either Blazer or, at the very least, publisher Vertical are well aware of these pop culture references, so I really do question why ‘Dagnabbit’ was allowed to pass. Even putting this issue aside, it has to be said that the translation for these two books doesn’t read as well as previous entries and there are a few typos littered throughout Part 2, which I’m surprised an editor didn’t catch (although there is no editor listed in the credits).

I haven’t been able to put my finger on why these two books weren’t as enjoyable to read but they just don’t seem as smooth as the previous light novels, which points me towards the translation rather than NISIOISIN’s writing. Considering that the RRP for these books is now £14, I am quite disappointed with their quality and really glad that Vertical confirmed Ko Ransom to be translating the next arc (which only makes it more disappointing that the translators changed at all).

Ultimately the existence of Nisemonogatari is bittersweet. The arc works well as an end to everything that has come so far but what should have been a high point for the series is brought down by a change in translator. I’d been eagerly awaiting reading the books but now I’m just glad I’m finished with them. Instead I’m looking forward to the future and Nekomonogatari. 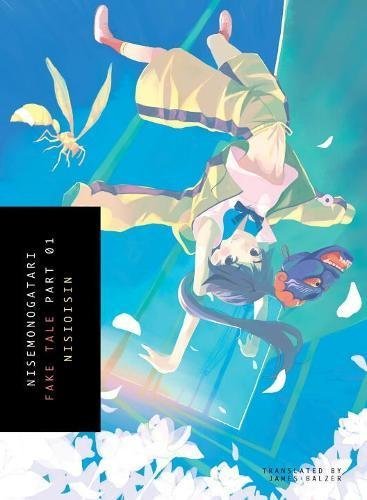 Overall Bakemonogatari Volume 1 proves a successful adaptation of a beloved franchise. Newcomers and existing fans alike will enjoy diving into the world of Monogatari and meeting the delightful cast of characters. If you’re yet to experience this series in any form then this is the perfect time to climb aboard!

Nekomonogatari (Black) rekindled my love for the Monogatari franchise and highlights just how big an impact translation can have on light novels. This latest entry in a much loved series comes highly recommended from me.