Earlier in the year distributor Manga Animatsu announced they will be re-releasing three Mamoru Hosoda works in special edition sets similar to the model that Funimation have used over in the United States. These three films have already been released prior, but this is a special edition that offers enough to consider double-dipping!

Just to save folks the time and space, each title will contain English & Japanese audio with English subtitles and will cost at an SRP £29.99. They’re also Blu-ray & DVD combo packs!

Now then! We’ll be going through each title at a time starting with… 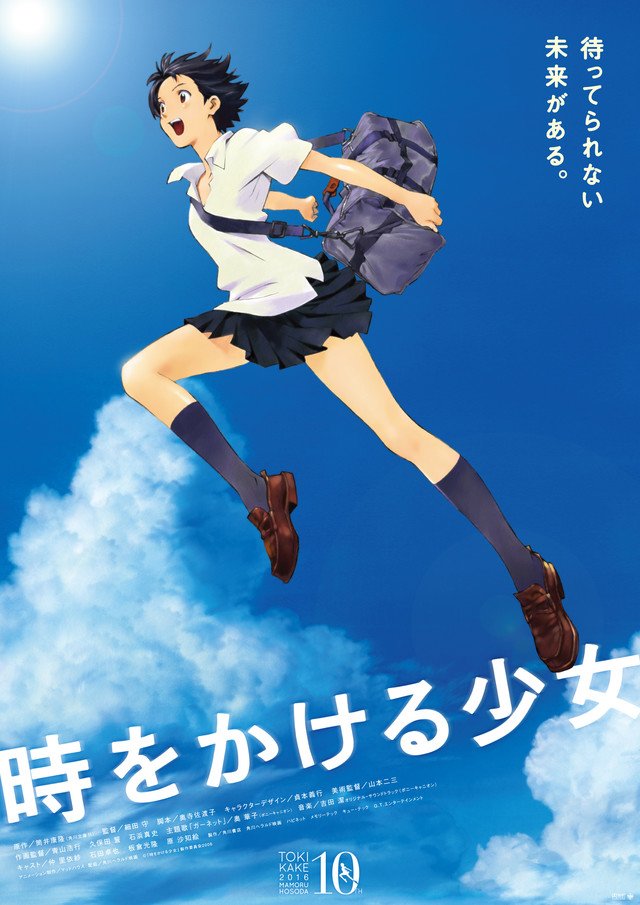 The Girl Who Leapt Through Time

It’s been 11 years since the film was released and now it’s a great opportunity to revisit it with this brand new re-release! While many folks will have probably already picked up the movie for a low price point, this re-release may be worth a double-dip as it contains a ton more content both on-disc and physically!

Over in the US, Bandai Entertainment originally had the rights half a decade ago, and now Funimation rescued it with a new transfer and more content. Manga UK’s previous Blu-ray release was authored by a Spanish distributor called Selecta Vision with no extra content (unless you count Spanish trailers). Manga Animatsu’s Hosoda Collection is confirmed to include the on-disc features listed below for DVD. UPDATE: Confirmed to be using the 2011 authored release released by Manga UK. 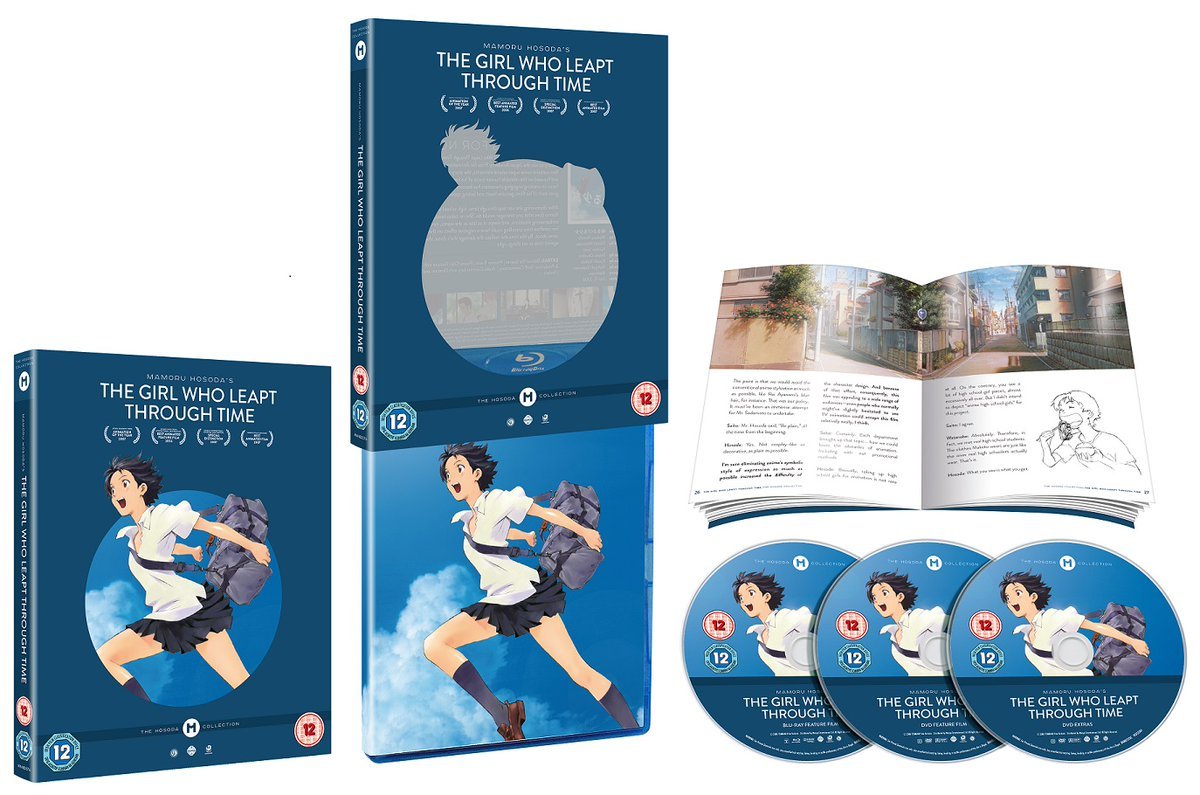 After waking up late, flunking her pop quiz, embarrassing herself on numerous occasions, and starting a fire in her home economics class, high school student Makoto Konno figures she’s just having one of those days. And just when she thinks she’s made it through, the brakes on her bike malfunction putting her on a collision course with a speeding train. The life-ending accident would have been the perfect end to the worst day ever, but the strangest thing happens—she leaps backwards in time.

After unlocking her new ability, Makoto does what any teenager would do. She re-takes tests, corrects embarrassing situations, and sleeps in as late as she wants, never thinking that her carefree time travelling could have a negative effect on the people she cares about. By the time she realizes the damage she’s done, she only has a few leaps left to make things right. 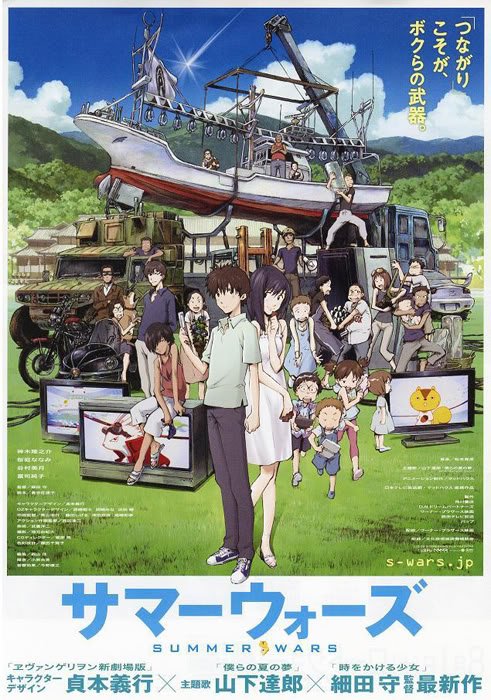 Summer Wars was released 8 years ago, and this time we have a new Digimon mov… no wait. Jokes aside, Summer Wars is a great fun for everyone and this re-release offers a nice treat for the fans and newcomers.

Over in the US, Funimation acquired the license and released it with Manga & Madman following soon after. Manga UK’s previous Blu-ray release was authored by Australian distributor Madman and since it matches the Funimation release, the on-disc content was the same back then (but with different trailers). Manga Animatsu’s Hosoda Collection will share the same on-disc content as before (however it’s not entirely clear if the discs are identical to the previous release or not). Never the less, here’s the final artwork: 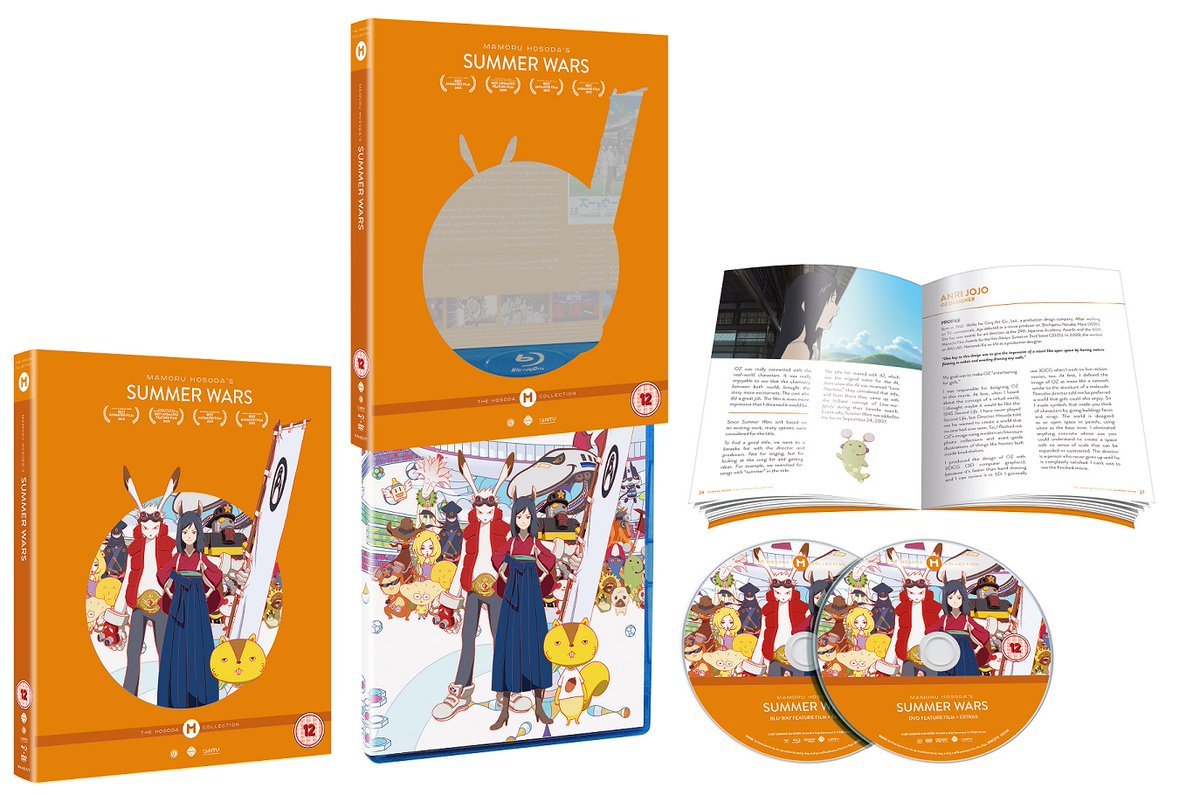 Worlds collide in a tale where virtual reality meets actual reality. When Kenji Koiso is pulled from Oz-a popular social networking realm-to play “fiancé” to classmate Natsuki, he faces a mess of challenges. Between the boisterous and bickering characters of the Jinnouchi clan and the sudden chaos in Oz, Kenji and his new companions must learn the importance of coming together to face the toughest of odds. 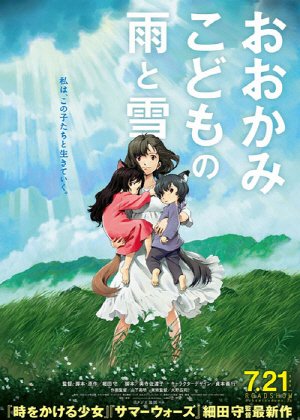 Ookami Kodomo no Ame to Yuki

Wolf Children was released 5 years ago, and was also among one of the first anime films Manga UK brought to the cinema in the past decade. It’s a wonderful film and heart-warming for many to enjoy and watch. This re-release also offers a nice treat for both the fans and newcomers.

Over in the US, Funimation acquired the license and released it with Manga & Madman following soon after. Manga UK’s previous Blu-ray release was authored by Australian distributor Madman and since it matches the Funimation release, the on-disc content was the same back then. The previous release was even given a collector’s edition combo pack with four exclusive art card designs and a slipcase. Manga Animatsu’s Hosoda Collection will share the same on-disc content as before (however it’s not entirely clear if the discs are identical to the previous release or not). Never the less, here’s the final artwork: 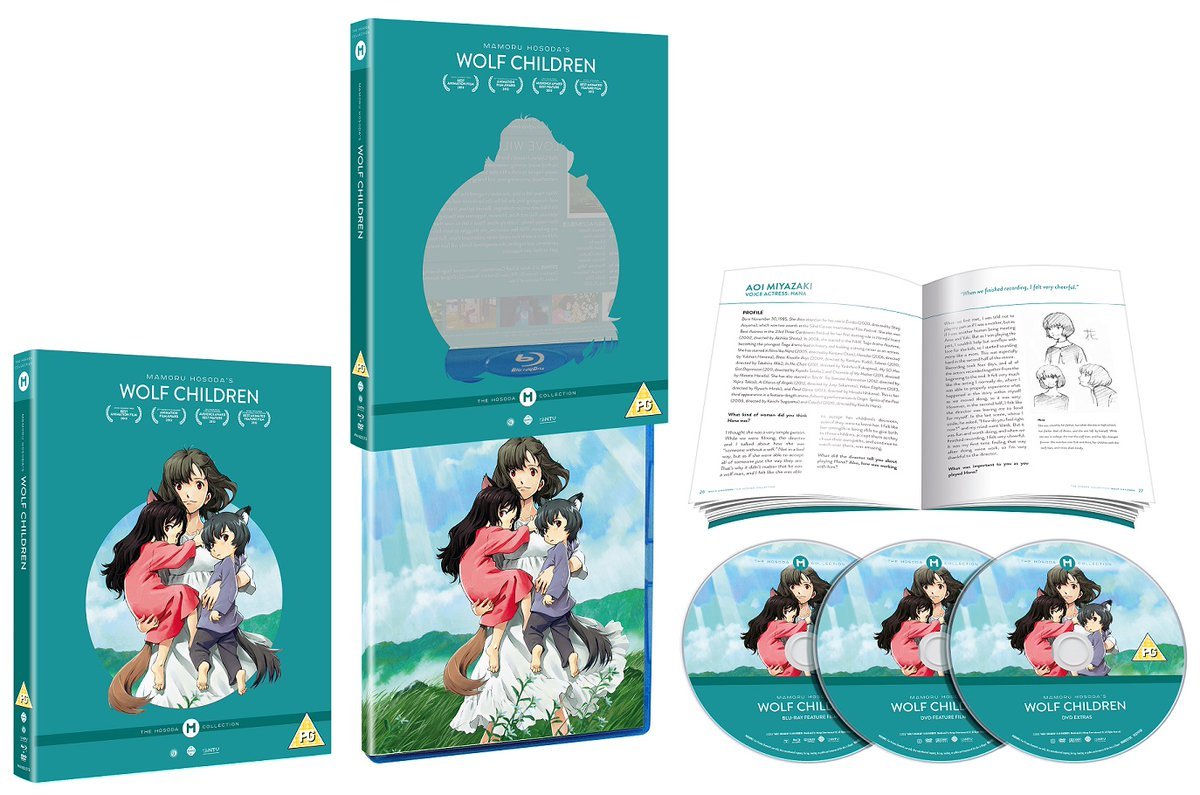 When Hana fell in love, she never imagined that her beloved would be part wolf. Accepting him, she fell for the handsome wolf man and embraced a new life filled with unique challenges. Blessed by love, their family grew with two additions, Yuki and Ame. However, happiness was fleeting and tragedy struck their happy family. Suddenly alone, Hana is left to raise their children without any guidance. With few resources, she struggles to learn how to raise wolf children in a world that could never understand them. But love always perseveres, and together, this exceptional family will face every trial on the path to their own happiness.

And that is all of the information provided so far. The current release date listed above are correct as the distributor confirmed that there were some delays for select titles prior to this article.

Many will be asking about the other Hosoda titles, and unfortunately The Boy and the Beast was acquired by Studio Canal instead of Manga Animatsu so there won’t be a Hosoda Collection release for that title. Digimon: The Movie is also strangely still available under 20th Century Fox on DVD. On the plus side Manga Animatsu do have the rights to One Piece: Baron Omatsuri and the Secret Island which is available as part of the One Piece Movie Collection 2 DVD box set, however Funimation currently do not own the rights so there are no plans for any special release at the time of this post. 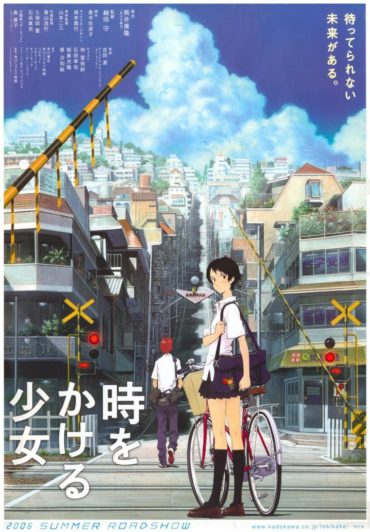 The new film from director Mamoru Hosoda (The girl who leapt through time and Summer Wars) Director Mamoru Hosoda will be screened at the London film Festival. video platformvideo managementvideo solutionsvideo player Synopsis: Hana, a student at Tokyo University, is intrigued by a mysterious man who sits in on lectures despite not being registered to … Continued