“Dreaming permits each and every one of us to be quietly and safely insane every night of our lives.” – Charles William Dement

Satoshi Kon’s final film is sometimes hard to get your head around. There are many surreal dream sequences and at times the plot can get a bit complex, but the way it is animated makes for a pleasing visual experience.

Paprika begins with a police detective, Toshimi Konakawa, investigating someone at a circus, but a magic trick sees him placed in a cage, which is stormed by people, all with Konakawa’s face. We soon go through various scenarios, in which he is guided by a woman named Paprika. It ends when Konakawa sees someone being killed in front of him. All of this is a dream: one which Konakawa is able to share using a new piece of technology called the DC Mini, which records dreams. As it lacks restrictions, it is possible to enter other people’s dreams with the device. 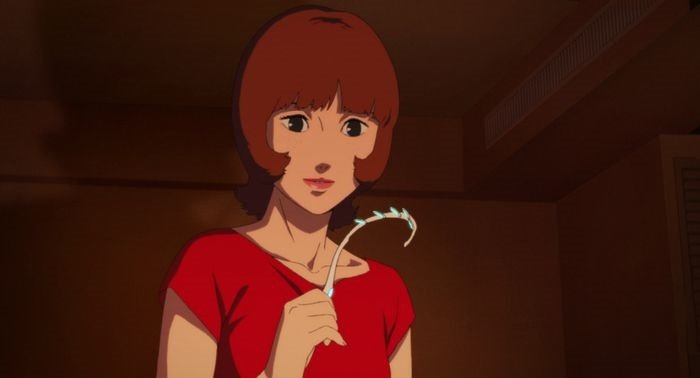 The DC Mini is being developed at a lab by several scientists, including psychiatrist Dr. Atsuko Chiba, the Mini’s obese inventor Dr. Kosaku Tokita, and the cheerful head-of-staff Dr. Torataro Shima. Their boss, the wheelchair-bound Dr. Seijiro Inui, is desperate to get the team to capture Paprika, who has been using a stolen DC Mini for her own purposes, namely helping people with psychiatric problems. While Inui gives this order, Shima suddenly starts talking nonsense and then ends up jumping through a window, nearly killing himself.

While investigating Shima’s dreams, they learn that another scientist that was part of the team, Himuro, is also using the DC Mini privately, leading them to discover that the disappearance of the DC Minis is an inside job. Inui thus cancels the project, but that doesn’t stop similar incidents of weird behaviour. Along with Konakawa, the scientists work together to track the culprit, as well as gaining assistance from Paprika, who is much closer to home than the team realise. 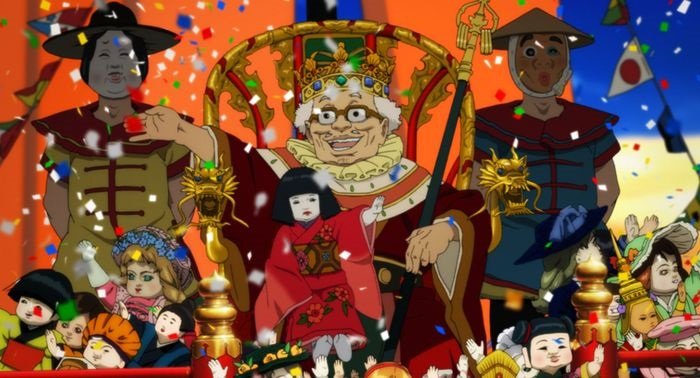 The best thing about the film is the animation, especially in the Blu-ray version which I was able to review. Arguably the best sequences are the parades, which are stunning dream sequences featuring all kinds of weird objects and participants marching along, which in turn affect the people whose dreams have been hijacked. The character designs are of interest too, with a wide mix of different-looking characters, from Shima who is small, bald and old, to Tokita who is one of the few obese anime characters in a major role.

Another positive element is the amount of extras given in this film. If you add up the time devoted to the extras, it is almost the same length as the film itself. They consists of four featurettes and interviews talking to the cast and crew. Perhaps the most interesting of these is a half-hour long feature interviewing both director Satoshi Kon, and Yasutaka Tsutsui, the man who wrote the original novel on which the film is based. We learn about some of the differences between the two as well as the parts they themselves play (they both have cameos as barmen in the movie). 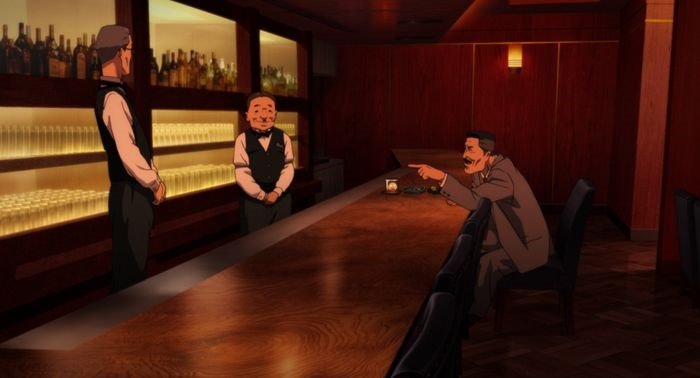 On the downside, the plot can be sometimes tricky to follow, given the surreal nature of the dreams. One of the things you learn in the features is that the novel is even more complicated than the film, so this is actually the simpler version. There are also scenes that some viewers could consider distasteful, namely when the villain of the piece manages to capture Paprika in the dream world, and sticks his hand into her body, starting near her groin, to expose her identity.

However, as something just to generally look at, Paprika is still a film that’s pleasing to the eye. 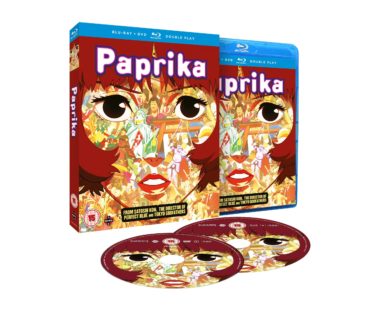