Before reading this review, it should be mentioned that 365 Days’ Time is a compilation film, mostly made out of clips from the TV version of Assassination Classroom. There is very little in the way of new content and thus this film is really for completists.

While you could argue that another group of people who might be attracted to the movie are those who just want a quick sample of the series, this argument completely falls flat when you see how the film is told, because the way the story is narrated (which also provides the only original material in the entire film) gives away the entire plot of the series.

SPOILER ALERT: The next paragraph gives away the plot of the entire TV series, so don’t read on if you have not finished watching it.

In terms of the timeline of the series, 365 Days’ Time takes place just after the credits of the final episode, but before the final monologue. We see two characters, Nagisa Shiota and Karma Akabane, now adults, with several years having passed following the events of the main story. The TV series ended with some of their friends from their class coming to clean up the old building where they were taught, but Nagisa and Karma couldn’t make it to the cleaning event, so decided to arrive beforehand. As they go around the building, the two reminisce about the time they had Koro-Sensei as their teacher. 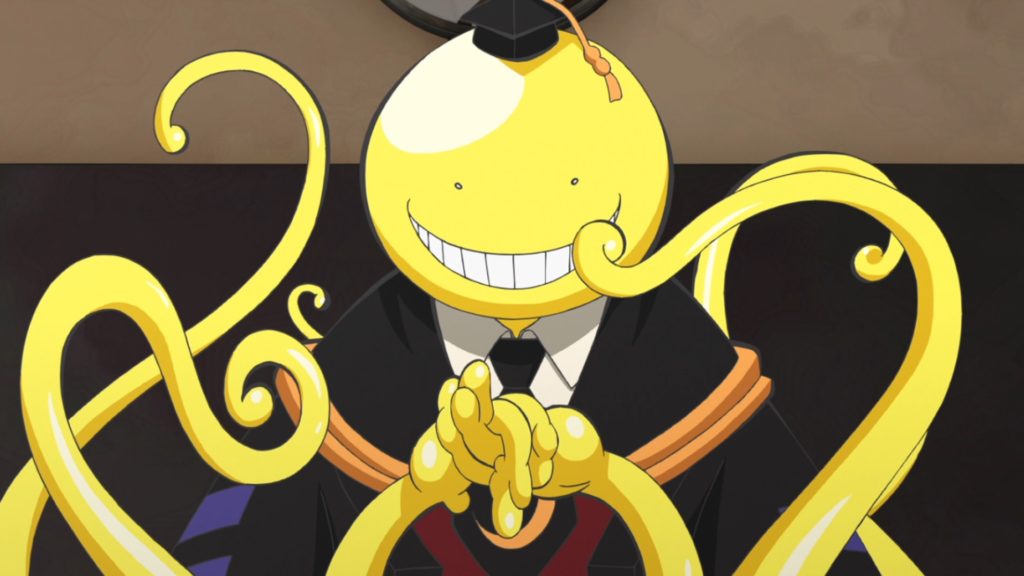 Most of the film features clips from the TV series, chronicling the story of the pupils Class 3-E of Kunugigaoka Junior High School, and how they are tasked with a dangerous job: assassinating their teacher. The teacher in question is a tentacled monster who can travel at speeds of up to Mach 20. It has been claimed that he destroyed most of the Moon leaving it in a permanent crescent shape, and he will destroy the Earth if the students cannot find a way to kill him. Because he is seemingly unstoppable, the pupils name him “Koro-sensei” – “Unkillable teacher”.

Aside from all of his abilities, the main issue the pupils have with killing Koro-sensei is that he is such a good teacher. The pupils in his class are considered the worst in the entire school, but under his guidance, their grades improve and many begin to like Koro-sensei, leading to them debating whether or not they should save him rather than kill him. 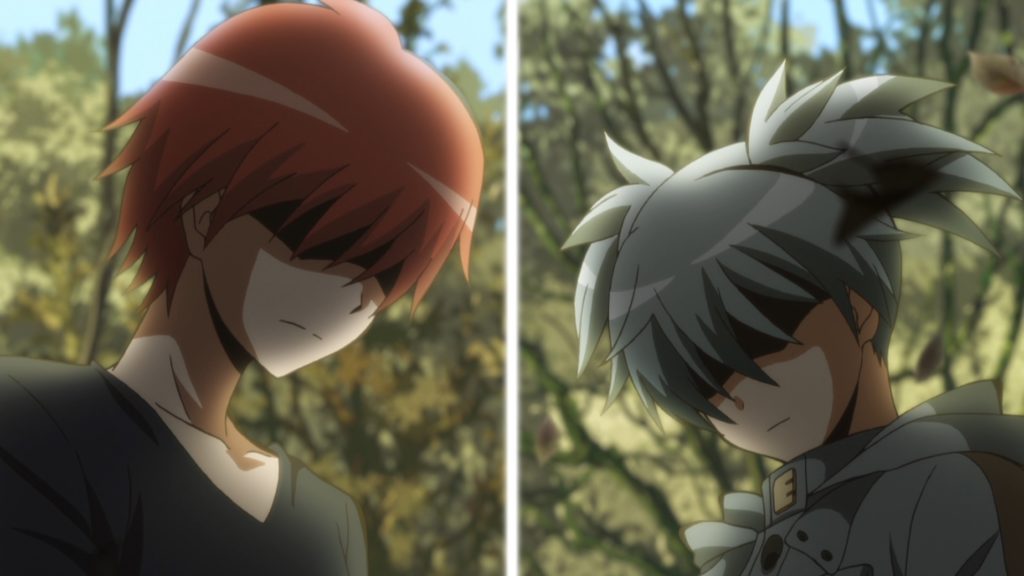 While the film is technically well made, the main problem is that there seems very little reason to buy it if you are already a fan of the show, other than for the sake of completing your collection. There is very little in the way of new material, and the material that is shown concentrates entirely on the relationship between the students and Koro-sensei, much of which is focused on the last of those 365 days. One of the big appeals of the original series is the conflict between the class and the school’s draconian chairman Gakuho Asano, but Asano makes no appearance in the film at all and conflict between the class and the rest of the school is not covered.

On the disc, there are only two extras: promo videos and a video commentary featuring three members of the English dub cast and crew: director Apphia Yu, Koro-sensei’s voice actor Sonny Strait, and Karma’s voice actor Austin Tindle. You would think they would have Nagisa’s voice actor too, given that he is more of a lead character than Karma, but apparently not.

Anyway, as I’ve made clear, given the lack of new material, you are much better off just watching the TV series. The only real plus points regarding the film are the quality of the animation and some new extras. 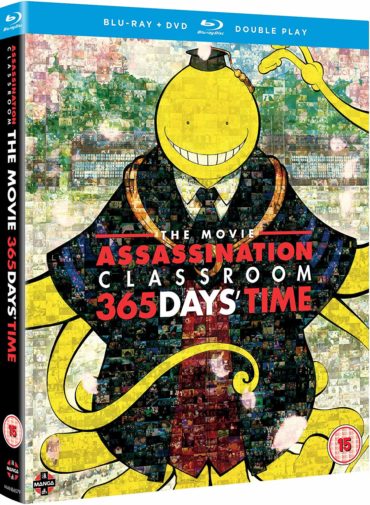