Distributor MVM Entertainment have revealed some new listings for their Q2 2018 release line-up. A couple titles from the Q1 slate have been pushed back but in return we have more new titles joining the fray.

No one expected the government to suddenly acknowledge the existence of demi-human species like harpies and centaurs, but when a careless Integration Agent shows up on Kimihito Kurusu’s doorstep with an attractive Lamia in tow, he suddenly finds himself designated as a “Host Family”. This might not be so bad, except that while Miia’s top half is all girl and quickly develops a crush on her new human host, her snakelike bottom half makes that crush literal with a tendency to squeeze the life out of him! Plus, there’s also the little problem that it’s illegal for humans and non-humans to have THOSE kinds of relationships.

With woman-in-black Agent Smith always sniffing about for improprieties, things only get more hectic in the Kurusu household when bird-brained Papi the harpy and master-seeking centaur Centorea need places to roost and stable. As the house gets crowded with even more captivating cuties, can any human male survive under such tempestuous and tempting conditions?

When a mysterious gate suddenly appears in Tokyo’s Ginza district and begins spewing armed warriors and flying monsters, the world is thrown into turmoil. Although the deadly attack is thrown back by Japan’s Self Defense Force, there’s now a new and entirely unknown land on the other side of the portal, and Japan is effectively at war with a nation on the other side.

Determined to secure peace, the JSDF must send an armed force into the Gate, but ogres, dragons and a ruthless Empire populated by elves, humans, and half-animal warriors aren’t the only dangers they’ll face. With the resources of two worlds at stake, the balance of power on both sides of the Gate is destabilizing, and betrayal can come at any time, from any quarter. There, trapped right in the middle of the ensuing firestorm, stands officer Yoji Itami and the JSDF’s Third Reconnaissance Team as they plunge into the GATE.

Based on the popular mobile game Fate/Grand Order, the greatest Holy Grail War has begun!

The year AD 2017. The last era in which magecraft still thrived.

The Chaldea Security Organization was founded to ensure the continuation of human history. They survey a world which magecraft couldn’t observe and science couldn’t measure all to prevent the certain extinction of humanity.

But one day, the future that Chaldea continued to observe disappears and humanity’s extinction in 2019 becomes clear. Rather, it had already happened. The cause seems to be related to Fuyuki, a provincial town in Japan, in the year AD 2004. There, an “unobservable region” that had not existed before appears. Based on the assumption that Fuyuki is the reason for humanity’s extinction, Chaldea issues an order to explore, investigate, and possibly destroy this singularity – a quest for the Holy Grail, the Grand Order.

Between her poor spellwork and long name, the other students at the Tristain Academy of Magic have taken to calling poor Louise Françoise Le Blanc de La Vallière, “Louise the Zero.” Things only get worse when the students summon up their familiars, because while others receive fantastic creatures like dragons, Louise summons a normal teenager from Tokyo! While Louise may be stuck with Hiraga Saito, and Saito’s stuck with the lousy life of being her familiar, maybe there’s more going on than meets the eye. Maybe Saito’s not quite as normal as everyone thinks, and Louise just hasn’t figured out what she’s good at yet. In fact, they might even have the makings of a great team once they start to get ‘familiar’ with each other! One of anime’s wildest romances is unleashed in this ultimate complete collection!

It’s been six months since the event that trapped thousands of players in the online game world of Elder Tales and the situation is far from secure. The People of the Land are engaged in open warfare against the Goblin armies of Zantleaf. Minami spies are infiltrating the populace. And even with the support and guidance of the Round Table Alliance, the cost of sustaining the city of Akihabara is causing the entire infrastructure to teeter on the brink of collapse. With winter coming, Shiroe and his companions are forced to consider their options. Should they stay in Akihabara and attempt to weather the oncoming storm? Or should they gamble on missions to other portions of the world in search of new sources of valuable treasure? The launch of another series of raids will test old alliances while new ones are forged, as the adventure continues in the second season of LOG HORIZON!

As a middle school student, Cocona has been trying to decide what to do with her life. Magical Girl, however, wasn’t a career path that she’d ever considered. When suddenly a strange girl named Papika thrusts her into a secret organization called Flip Flap, Cocona’s outlook does a radical flip-flop. Her views start to change when she is dragged into an alternate dimension called Pure Illusion where she’s charged with gathering crystal shards and fighting strange creatures.

Now, between running missions and facing off against a rival organization, Cocona doesn’t have much time to consider alternate career choices. What are these shards, and why is gathering them so important? There’s a mystery to be solved and multiple worlds to be saved!

Life for 16-year-old Tohru is turned upside down when she suddenly loses her mother. Without a home and unwilling to burden her friends, she’s stuck living in a tent. But what she doesn’t realize is she’s on Souma family property and her life is about to get even more complicated when she gets caught up in their big family secret!

In Initial D Legend 2: Racer, sometimes the only thing that beating a champion accomplishes is making you the next target for a long line of challengers, which is why Takumi Fujiwara’s defeat of the RedSuns’ Keisuke hasn’t ended anything. In fact, it’s only served to draw the reluctant delivery driver even further into the dangerous world of drift racing. Takumi’s fate is sealed when his friend Itsuki accidentally accepts a challenge from Takeshi Nakazato, leader of the Myogi NightKids. Now it’s a matter of honor, and Takumi will have to pit his gutter technique against the 4WD skills of a much more experienced driver! The race is on as the legendary street racing series returns in a second explosive new motion picture!

Chitose Karasuma wants to make it big as a voice actor, but while she looks and sounds adorable, she’s also self-absorbed, inattentive, selfish, and lazy. However, since her manager is also her big brother, she’s still getting bit parts and dreaming of landing the big role that will make her famous.

Unfortunately, karma bites Chitose in the worst way possible when her big chance finally arrives, because the producers who’ve hired her are even more clueless than she is! Now, she’s trapped in a nightmare production where nothing goes right, the ratings are in the toilet, and swimsuit photos and live stage shows take priority over making quality programming! Can Chitose and her fellow trapped actresses turn things around and save their careers? Or will they all go down with the sinking ship?

When a mysterious gate suddenly appears in Tokyo’s Ginza district and begins spewing armed warriors and flying monsters, the world is thrown into turmoil. Although the deadly attack is thrown back by Japan’s Self Defense Force, there’s now a new and entirely unknown land on the other side of the portal, and Japan is effectively at war with a nation on the other side.

Determined to secure peace, the JSDF must send an armed force into the Gate, but ogres, dragons and a ruthless Empire populated by elves, humans, and half-animal warriors aren’t the only dangers they’ll face. With the resources of two worlds at stake, the balance of power on both sides of the Gate is destabilizing, and betrayal can come at any time, from any quarter. There, trapped right in the middle of the ensuing firestorm, stands officer Yoji Itami and the JSDF’s Third Reconnaissance Team as they plunge into the GATE.

Yusibu [I Couldn’t Become A Hero, So I Reluctantly Decided To Get A Job]: Complete Collection

Raul Chaser never wanted to work in retail, but when the war against the Demons ended unexpectedly, the Hero Training Program he was in shut down. But although combat-trained Raul may feel out of place dealing with customers in a department store instead of dealing out death with hardened steel, his newest co-worker’s culture shock is even worse. While Fino Bloodstone is ready, eager, and willing to please, she’s also the daughter of the now-deceased Demon King!

Not only are her social skills a little challenged, but it’s going to be up to Raul and the staff to teach her the finer points of the human concept of a “pleasant shopping experience”… not to mention when it’s proper to wear what kind of clothes and whose bed you can sleep in. And they’ll have to do it quick, because there’s a sinister major retail chain moving into the area with plans for global domination.

Tomoki’s life was normal until a wish-granting angelic android named Ikaros fell from the sky and started calling him master! Of course, thanks to his raging teenage hormones, most of Tomoki’s wishes have something to do with panties. And that makes things pretty complicated, because one simple wish can lead to a rampaging robot made out of frilly undergarments or turn bloomers into bombs capable of blowing up entire neighborhoods!

If Tomoki doesn’t learn to control his impulses around Ikaros and be more careful with his wishes, the chaos will only get crazier. Luckily, even with such a dirty mind, Tomoki’s heart is in the right place. His hands, however, are a completely different story.

In Initial D Legend 3: Dream, this is it! As the final showdown between breakout downhill racing phenomenon Takumi Fujiwara and Ryosuke Takahashi, the unbeaten leader of the Akagi RedSuns, draws near, both drivers and their teams go into overdrive. Takumi’s 86 and Takahashi’s RX-7 are broken down, retuned and transformed for battle. Skills that are already at the top of their form are honed into razor sharpness. Takumi must resolve his romantic situation with Natsuki. And then the race is on! Get ready for the ultimate duel on blacktop as the masters of drift square off in a winner-take-all competition that will steal your breath away in new theatrical movie Initial D Legend 3: Dream directed by Masamitsu Hidaka!

That’s a lot of interesting additions added to the catalogue. Heaven’s Lost Property in particular is a fairly popular series in the anime community so it’s good to see that it has finally entered the UK market.

Overall that’s all of the titles revealed for the Q2 2018 season, they’re available to pre-order over on MVM’s Anime-on-line store.

UPDATE: Here are the list of titles MVM have acquired but are not yet scheduled for the time being: 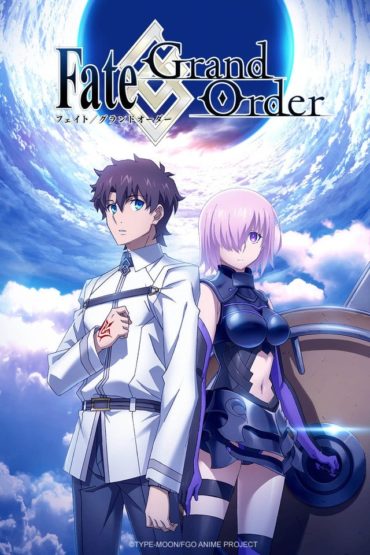