The Spring 2018 anime season has begun and Crunchyroll have begun their spree of simulcast announcements for the service. Here are all of the anime announced during the week of 26th March.

Fist of the Blue Sky -REGENESIS-

Taking place across 1930s Japan and China, Kasumi Kenshiro (the uncle of the lead from Fist of the North Star) is forced to leave his teaching job and settle an old gang rivalry with the help of his martial arts. Along the way, he meets various triad buddies, an old flame, and a mysterious old man who teaches him new techniques which will assist him in his quest.

Shokugeki no Soma centers on Yukihira Soma, a middle school student who is determined to surpass his father’s culinary skills. One day, his father decides to close down their family restaurant and hone his skills in Europe. Before leaving he enrolls Soma in an elite culinary school that is extremely difficult to enter with a graduation rate of only 10 percent. Will Soma be able to improve his skills, or will the kitchen prove to be too hot?

Nearly twenty years into the 21st century, people have forgotten the existence of Yokai. When a number of unexplainable phenomena plague adults of the human world with confusion and chaos, thirteen-year-old Mana writes a letter to the Yokai Post in search of answers, only to be greeted by Ge Ge Ge no Kitaro…

The novels center on a bar called “Nobu”—located in Kyoto, Japan, but with a door that is connected to the bar in another world. The visitors include denizens of the other world, and customers seek out its excellent “Toriaezu Nama” ale and cuisine.

After losing her grandfather, Aoi inherits his ability to see spirits known as ayakashi. Taking it all in stride, she takes to feeding the ayakashi until one day, an ogre appears demanding she pay her grandfather’s debt. His price? Her hand in marriage! Refusing this absurd offer, Aoi decides to work at the Tenjin-ya—a bed and breakfast for the ayakashi—to pay back what her family owes.

“Love makes a girl stronger.” Saki Uno is working hard as part of the new idol unit, Magical Twin. The one she admires most is Mohiro Mikage, who’s the older brother of her idol unit partner Sakuyo, and he’s also a member of the top idol unit STAR☆PRINCE. She would be willing to do anything for him, and one day, those feelings brought on a miracle. Saki ended up turning into a magical girl when she strongly wished to protect someone… But what she turned into wasn’t exactly what she was expecting…

The series is an anime adaptation of best-selling JRPG, Persona 5, by game developer, ATLUS, first released in Japan in 2016 and subsequently worldwide in 2017. Set in modern Tokyo, PERSONA5 the Animation chronicles the adventures of an eclectic group of teenagers who call themselves the “Phantom Thieves of Hearts.” Together with their metaphysical manifestations known as their Personas, the group seeks to solve crimes by reforming the source of corruption within people’s hearts. The popularity of the series showed no sign of waning with a subtitled trailer posted on the Aniplex of America YouTube page quickly gaining over a quarter million views in less than 3 weeks.

Karen Kohiruimaki always felt out of place in the real world. Due to her extreme height, she found it hard to make friends with other girls her age. Everything changes when she’s introduced to VR and Gun Gale Online. In GGO, Karen is free to play the cute, chibi avatar of her dreams! Can Karen find friendship in this bullet-ridden MMO…?

This is a tale of a world where “horse girls” with glorious names and incredible running abilities live alongside humanity. Horse girl Special Week has moved from the country to the city to attend Tracen Academy. There, she and her classmates compete to win the Twinkle Series and earn the title of “The County’s #1 Horse Girl'”

Two of the titles from the Funimation partnership (Kakuriyo & Tiramisu, oddly enough both are GONZO shows) were labelled as ‘US & Canada’ only on Crunchyroll’s site however this is not the case. For some reason Funimation hadn’t provided the full-list of regions for a couple of their titles in the previous season and this has been the case here. Their respective pages have no region lock notice whatsoever which would have been shown otherwise.

The Pony Canyon titles were announced by Ponycan US themselves during the Sakura-Con convention, while Megalo Box was announced via Crunchyroll’s live-streams and Isekai Izakaya was revealed by Anime News Network.

Anywho that’s the first wave of anime revealed for the service. Funimation did confirm a lot more including High School DxD HERO and Steins;Gate 0 but we’re going to wait for the full-regions to arrive first just in case. Stay tuned for the second wave article soon! 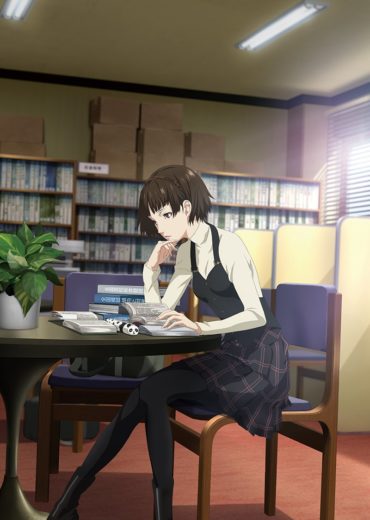 Full-region & time details for Caligula was revealed plus a couple more additions to the Crunchyroll simulcast line-up.

We round up the latest additions for Crunchyroll and Funimation, such as CONCEPTION, Fairy Tail Final Series, Thunderbolt Fantasy Season 2 and many more.