We have reached the end of the week and a couple more titles have began airing over on Crunchyroll. Food Wars! The Third Plate has also started airing which we previously covered in full-detail on the first wave so we won’t repeat ourselves here, but we do get an update on Caligula.

“Destroy ideals (you) and return to reality (hell)…” A beautiful song echoes throughout the city. A city is overseen by the popular virtual idol group “μ”, every day was filled with peace and serenity. Ritsu Shikishima is a freshman at Miyabi city Kishimai High School. With good grades and athletic skills, he was spending a fulfilling high school life surrounded by many of his friends. Time has passed and on the first day of his second year, the one who stepped up to the podium as the class representative was someone who was not supposed to be there…

The city of Binan, somewhere in northern Kanto. The five members of the Binan High School Defense Club (Hakone Yumoto, Yufuin En, Kinugawa Atsushi, Naruko Io, Zaou Ryuu) ended up having to “Love Making” (transform) into the Battle Lovers to fight against monsters.

The monsters were humans transformed by the student council (Kusatsu Kinshiro, Arima Ibushi, Gero Akoya), also known as the villainous Caerula Adamas. After a long fight, the mastermind pulling the strings was defeated, and the Earth Defense and Conquest Club reached a peace agreement. But not long after things were resolved, a new, mysterious enemy appeared: Galaxy Idols, the VEPPer.

It’s the 25th year of the Taisho Era in Imperial Tokyo. Kuze Tsugumi, daughter of aristocrats, agrees to be married to save her family from decline. But before she goes through with it, her younger brother Hitaki gets her involved in an incident caused by a “maremono,” a type of book that casts a great influence on whoever reads it. As a result, Tsugumi gains the power to see “aura,” a light that represents the emotions that dwell within a maremono. This is the story of a woman whose destiny seems to sway up and down, as if on the delicate balance of a scale.

That concludes the sixth round-up for the Crunchyroll simulcasts, there are a few titles left to reveal with a couple of them related to the Funimation announcements. Stay tuned for the final few waves during the week of 9th April! 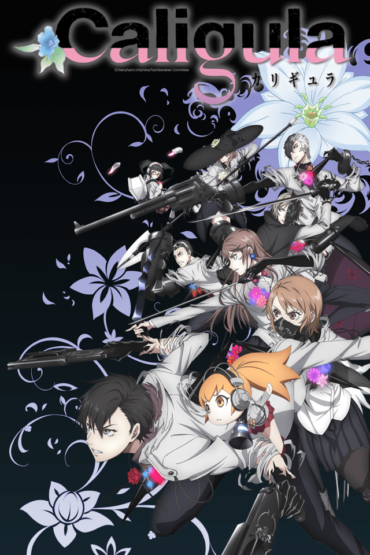