Crunchyroll announced a few more simulcast announcements in the past couple of days from the Spring 2018 anime season. We’ve listed the first two wave of titles not too long ago in case you missed it.

Moeta Kaoruko (Pen name: Kaos) is 15 years old, a high school student and 4-panel manga artist! After moving to a dorm especially for female manga artists, she meets shojo manga artist Koyume, teen romance manga artist Ruki, and shonen manga artist Tsubasa. Every day, they’ll work all through the night trying to ink and finish their work! Her cute, funny life in a manga artist dorm is about to begin!

Nitta Yoshifumi, a young, intellectual yakuza, lived surrounded by his beloved pots in his turf in Ashigawa. But one day, a girl, Hina, arrives in a strange object, and uses her telekinetic powers to force Nitta to allow her to live with him, putting an end to his leisurely lifestyle. Hina tends to lose control of herself, wreaking havoc both at school and in Nitta’s organization. Though troubled, he finds himself taking care of her. What will become of this strange arrangement?

A desolate land stretches out from the city of poverty. A motorcycle speeds recklessly, blowing clouds of sand and dust. The rider is the protagonist of this story – he has neither a name nor a past. All he has is his ring name, “Junk Dog” and a technique for rigging MEGALOBOX matches with his pal Gansaku Nanbu, which they use to support their hand-to-mouth lives. JD is bored, resigned, and unfulfilled. Yuri has been the reigning champion of MEGALOBOX for the past few years. He has the skills and presence of a true champion. This is a story of JD and his rival, Yuri.

That concludes the third wave of anime revealed for Crunchyroll. Stay tuned for the fourth wave where we cover the full-region details on Dances with the Dragons and in future waves Golden Kamuy, High School DxD HERO, My Hero Academia Season 3 and Steins;Gate 0. 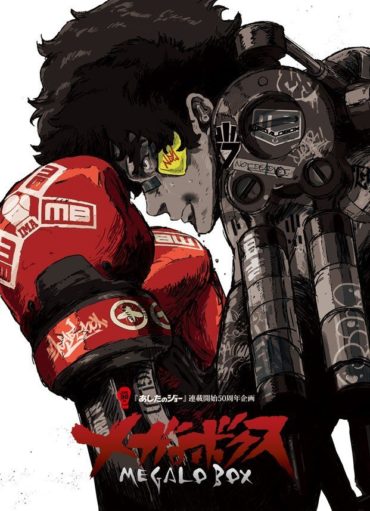