Netflix have announced their line-up of catalogue titles for the month of September 2018. This month features four anime titles from the Netflix Originals line-up as well as another live-action Japanese film adaptation of a manga series.

When high schooler Ichigo is suddenly given reaper abilities, he really wants to give the powers back. But he’ll have to reap some souls first.

Straightforward and innocent Hisone Amakasu is a Self-Defense Force rookie stationed at the Air Self-Defense Force’s Gifu Base. She struggles with the fact that she sometimes hurts people unintentionally by her innocent words and decides to join the Air Self-Defence Force, hoping to maintain a certain distance from people. This decision leads her to a fateful encounter that profoundly changes her life. Hisone meets the “OTF” dragon hidden in the base, and it chooses Hisone as its pilot. When it soars into the sky with Hisone, her fate as a dragon pilot is decided. It is said that dragons have a key to the future of the world.

Forest of Piano
(Piano no Mori)

Kai was born as the son of a prostitute and he’s been playing the abandoned piano in the forest near his home ever since he was young. Shūhei, on the other hand, was practically breast-fed by the piano as the son of a family of prestigious pianists. Yet it is their common bond with the piano that eventually intertwines their paths in life.

On the day the Xianglong (Shanron or Soaring Dragon) Crisis occurred in 2031, Leon Lau was right in the middle of the unfolding events. The Quantum Reactor, a next generation energy device developed to replace dwindling environmental resources, exploded and unleashed an unknown energy. As a result, the global environment changed overnight. Living things (besides humans) and machines each underwent their own unique evolution, and the B.R.A.I. (Biological Revolutionary of Accelerated Intelligence) entities in particular evolved and came into being. Because of them, humanity was driven to the brink of extinction. Humans fight the B.R.A.I with M.O.E.V. (Multi-purpose Organic Evolution Vehicle) variable units.

Seven years after the Xianglong Crisis, Leon is in the wilderness on the edge of the “absolute defense city” Neo Xianglong. Living with Chloe Lau under a “family pact,” he conducts his own research to counter the B.R.A.I. The awkward Leon and the busybody Chloe. They live day-by-day as if to forget the past for the moment. However, threats unrelentingly draw near.

Rin (Konomi Suzuki), an energetic girl who loves to eat, lives in a verdant frontier village. Deep within the royal palace in the bustling capital city, the songstress Finis (Yukari Tamura) spends her days in solitude. Both share a special power no other person has. A miraculous power that can heal wounds, create water and stir the wind – the power of song. Guided by destiny, the two young women each face an arduous journey with the power of song. The shadow of war looms over the kingdom, tainting even the miraculous songs with the blood of innocents. Loved ones meet their deaths as silent screams echo through a stone prison. As two destinies intersect, will the final song be one of despair, hope or…?

For a list of other anime titles heading to the Netflix platform you can check out our updated round-up here.

*considering the live-action Fullmetal Alchemist film offered multiple dubs, it will probably be the same for the Bleach film also. 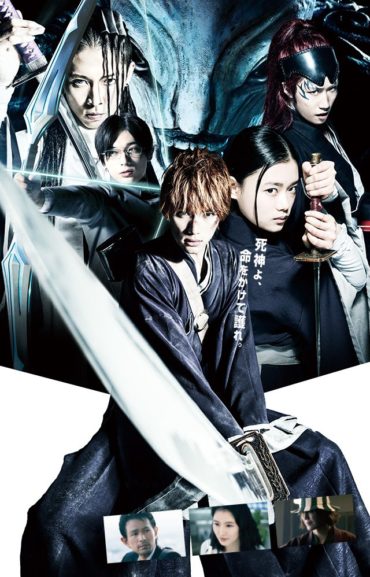 Two titles from the Spring 2018 anime season have been listed for Netflix distribution, one of which is confirmed for worldwide.