“As far as I know…I’m the only one who wants to be friends with you!” Hibi to Ran

Young Ran Umaru wants to become a powerful sorceress like her mother, Lady Shizuka and, since acquiring a pair of magical sneakers that transform her into a young woman, she’s caused a deal of trouble for herself and her family. Lady Shizuka sends Tamao to teach her daughter how to use her nascent powers – but Tamao doesn’t seem that interested, preferring to laze around the Umura house, eating and sleeping. Her young charge, Ran, might now have two secret admirers: one, the playboy millionaire Otaro Mikado (who has no idea that she’s a child) and the other, her classmate, Hibi, who’s so intrigued that he’s been spying on her.

But there’s trouble brewing as a dangerous insect has escaped to the human world from behind the Door where Lady Shizuka lives. Lord Zen, Ran’s father, summons a meeting of his fellow Black Crows (they seem to be tengu-related) to try to locate the threat and destroy it. Unfortunately, the lethally poisonous creature (“Just the tip of its claw can poison a human,” Shizuka warns them) divides itself in two and one burrows into a human’s head – that of Otaro Mikado! Is he dead? He surely ought to be – but help arrives in the form of a creepy otherworld doctor who just might be able to save him.

Meanwhile, Tamao sets Ran a simple magical task: to make a cup of sake boil. Ran, distracted as usual, fails – but then continues to try to make liquids boil in a cookery class at school with disastrous – but ultimately unexpected – results. 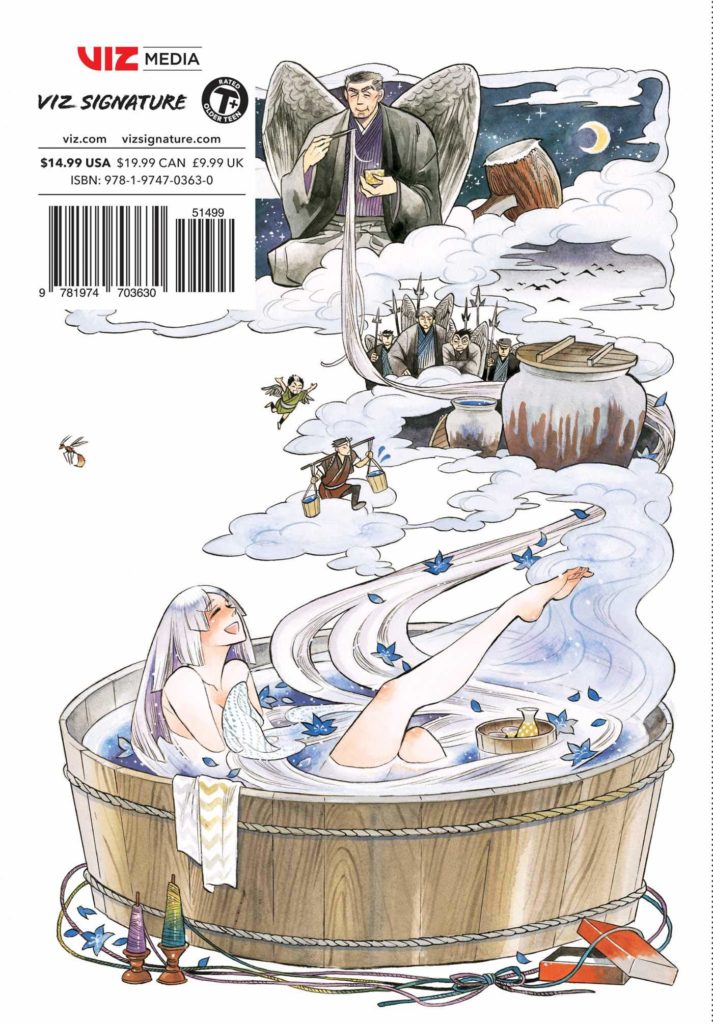 Wildly inventive, with a unique take on a magical household, Ran and the Gray World is sometimes slightly reminiscent of The Eccentric Family in its blend of magic and everyday life (no bad thing!). Aki Irie’s drawings are filled with details and fast-moving action. The dynamic graphic style she uses to depict magic happening makes it believable, whether we’re watching, amazed, from behind a bush with young Hibi, or swept up into the air, like Otaro when Ran’s feelings literally carry her away. In fact, Ran’s control of magic seems to be linked to getting her feelings sorted out – and as to big brother Jin (still in high school but at the mercy of his wolf hormones) he’s even less reliable when it comes to the opposite sex.

Then there’s the way that Aki Irie presents Otaro Mikado which raises some interesting questions. Is she inviting us to disapprove, even to hate him for his relentless pursuit of Ran (even though he doesn’t know she’s really a child)? Is he just a rich Lothario who deserves everything that’s coming to him? Or is he so used to privilege and getting his own way that he’s genuinely fascinated by Ran who doesn’t behave (of course) like all the other women he goes after? Considering the fact that Aki Irie makes him the best-looking man in the manga (and then some!) – she doesn’t let him get away with anything, constantly tripping him up whenever he makes a pass at Ran, so that he ends up being the eternal fall guy, a Wile Coyote who never gets his Road Runner…

As in the first volume, the translation and adaptation into English have been ably handled by Emi Louie-Nishikawa for VIZ Signature.

Ran is a magical girl unlike any other and it’s going to be fascinating to see how Aki Irie makes her evolve and how this exciting mangaka nurtures and develops the seeds of several intertwining plots that she’s cleverly planted in this volume. 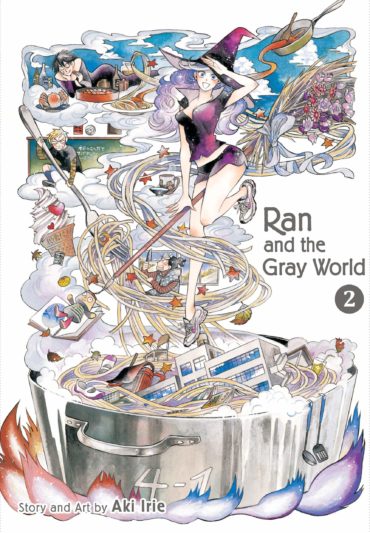 Title
Ran and the Gray World

The Girl from the Other Side: Siúil, a Rún Volume 1 Review

“If you ever meet with an Outsider, you mustn’t touch them…because their touch will curse you.” An ash-blonde little girl in a white smock has fallen asleep gathering flowers in a dark forest. A male creature of darkness – horned, beaked head, tall and garbed in black  – looms over her. The little girl wakes … Continued