“If you ever meet with an Outsider, you mustn’t touch them…because their touch will curse you.”

An ash-blonde little girl in a white smock has fallen asleep gathering flowers in a dark forest. A male creature of darkness – horned, beaked head, tall and garbed in black  – looms over her. The little girl wakes and…

In most stories, this encounter would not end well. But when the sinister creature speaks, his words are filled with gentle chiding and we see that he has come to protect the little girl Shiva, not attack her. A walk to the nearby town – utterly deserted – enables the unlikely pair to gather food and water before they return to their house. We see their domestic routine and learn that the little girl, Shiva, is waiting eagerly for her auntie to come and collect her. Her companion, whom she calls Teacher, is courteous and caring and reads to her (she’s too young to know how) from a book which tells about the God of Light banishing the God of Darkness who came to be known as the Outsider. He reminds her gently that he cannot – must not – touch her, or she will become an Outsider too. And then the story shifts to reveal knights searching the forest for a little girl. Their orders are blunt: “Kill it.” 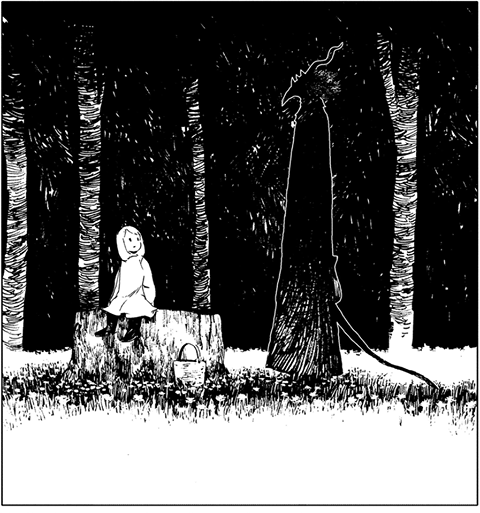 This is the first manga by Nagabe to be translated into English and it makes for a very strong debut. Like The Ancient Magus’ Bride (also published in Mag Garden) it exudes a powerful and seductive feeling of Otherness; even though the subtitle is Irish the atmosphere evoked by the wonderful dark, grainily-textured art and the fairytale setting is more Northern European Grimm than Celtic (the knights’ armour) and the tall, slender tree trunks bring to mind the illustrations of Danish fairy tale artist Kay Nielsen. Nagabe is especially gifted at story-telling without words, making the most of the contrasts of black and white in some striking and genuinely disturbing sequences.

Nagabe delivers a believable and unsentimental portrait of a young child and Shiva’s relationship with Teacher is touchingly portrayed. We do not know who – or what – he is, except that is obviously one of the feared Outsiders. What we do see is his fatherly concern for his young charge – faced with trying to protect her not just from the Others but from the humans who have abandoned her as well.

And what of the subtitle: Siúil, a Rún? It’s an Irish folksong, sung by a woman lamenting the departure of her lover who’s gone to the wars. Wikipedia tells us that it can be translated as, ‘Go, my love!’  Will it be significant? It’s too early to say…

At the end, we are promised that Volume 2 of  ‘A tranquil fairy tale about those human and inhuman’ is coming soon. But this volume ends on a nail-biting cliffhanger which is far from tranquil. The Girl from the Other Side is an unsettling yet strangely beautiful manga that will haunt you long after you’ve finished reading. 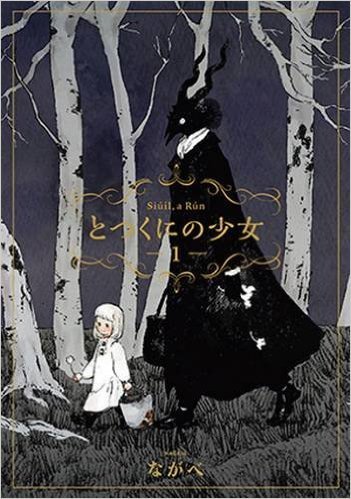 Title
The Girl from the Other Side: Siúil, a Rún Vol. 1