This latest collection from Junji Ito features 13 horror shorts that once again include body horror and supernatural chillers.

The first of these tales, Bloodsucking Darkness, follows an anorexic girl who begins vomiting blood and later waking up in the middle of the night covered in blood. She then finds a boy, also starving himself, who is keeping a large collection of vampire bats that connect to this blood. Next is Ghost of Prime Time, which recounts the story of a gloomy boy who finds himself the only one not in hysterics at a rubbish comedy duo. This is because he can see spirits who are truly responsible for the laughter issuing from the duo. After that comes Roar, which concerns itself with two campers who encounter the ghost of a flood, with one of the campers meeting a survivor who may be a relative of his.

Earthbound is about a mysterious plague that causes people to stand in bizarre positions in the same spot constantly, with one girl from a charity trying to solve the cause of it and learning the disturbing truth about her boss who falls to the phenomenon. Death Row Doorbell deals with a brother and sister who are haunted by the spirit of a gang member constantly apologising for killing members of their family, despite the fact this gang member is currently alive and currently on death row.

After that comes a three-part story: The Mystery of the Haunted House; The Mystery of the Haunted House: Socihi’s Version; and Soichi’s Beloved Pet. We follow the visitors to a travelling haunted house, the owner of which has placed curses on his own family, forcing them to act as the ghosts in it. Among these spirits is a boy who has turned into a man-eating monster. One of the people who visits this house is a boy named Soichi, who is obsessed with cursing people, and places a curse on his family’s adopted pet cat, making it his monstrous slave.

In Mirror Valley sees some investigators travelling to two abandoned towns full of broken mirrors. The towns were rivals and used mirrors to reflect their hatred back at each other, so things went badly when lovers from either side got together, increasing the hate.In  I Don’t Want to be a Ghost a man encounters a woman covered in blood late at night and later has an affair with her; the woman claims to be able to see ghosts and consume them. Library Vision recounts the tale of a man with a massive collection of rare books who becomes paranoid when one book goes missing and then goes mad as he tries to remember the contents of every book in his collection. Splendid Shadow Song witnesses a girl who cannot get a particular song out of her head, which spreads across the country, causing pain for both herself and the performer who is blighted by it. Finally, the titular Smashed follows some friends who sample some nectar they’re given by a South American tribe, but are instructed to eat it where no-one can see them. If they are exposed, the consumers are instantaneously smashed to death by an unseen force.

As with most of Ito’s work, it is the art and his grotesque depictions that impress. Stand-out moments include one in Bloodsucking Darkness where someone becomes increasingly thin as they lose more and more blood, and the first death in Smashed, because it is so unexpected. Out of nowhere, the first victim suddenly ends up as flat as a particularly gory pancake. Those familiar with Ito’s other titles will recognise some references to past works. The haunted house stories feature an appearance of the “Fashion Model” from the same short story that appears in the Shiver collection, which is actually a later story but we in the West received the Shiver stories before the Smashed ones.

Both of these collections are translated by Jocelyne Allen, and overall the translations are fine, bar the odd occasional regional change. For example, one of the stories features someone suggesting they call the American emergency service number 911 rather than the Japanese equivalent. The manga itself however is wonderfully presented in this hardback format, but sadly there is nothing else extra like colour pages for example. There is also no commentary from the author, which was a feature in the Shiver collection.

Obviously, with these collections, certain stories are better than others. My personal favourite is Library Vision, because it has a more psychological bent to the horror. There are spirits involved in this one as well, but there is the element of the victim’s own paranoia taking hold which adds an extra layer to the plot. Meanwhile, I don’t think that the haunted house stories needed to be a three-part tale. Those stories may have been more engaging as separate from each other because the characters lack a bit of depth to them. 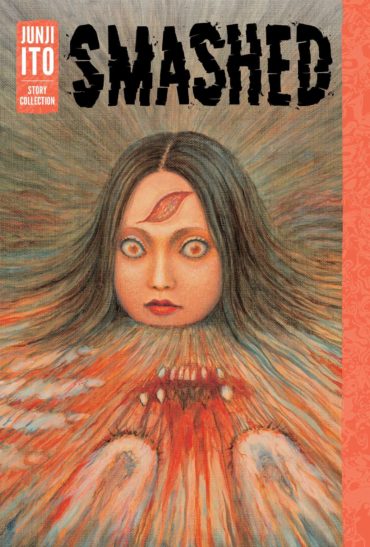