UK distributor Anime Limited have revealed new information for their Mobile Suit Gundam plans of 2019, ever since their announcement details from MCM London Comic Con last May 2019.

Starting off the news with Mobile Suit Gundam: Char’s Counterattack. The film, which takes place after the events of Mobile Suit Gundam ’79 Movie Trilogy, Zeta Gundam and Gundam ZZ, is available to pre-order starting today on Shop AllTheAnime with a release date set for 26th July 2019. 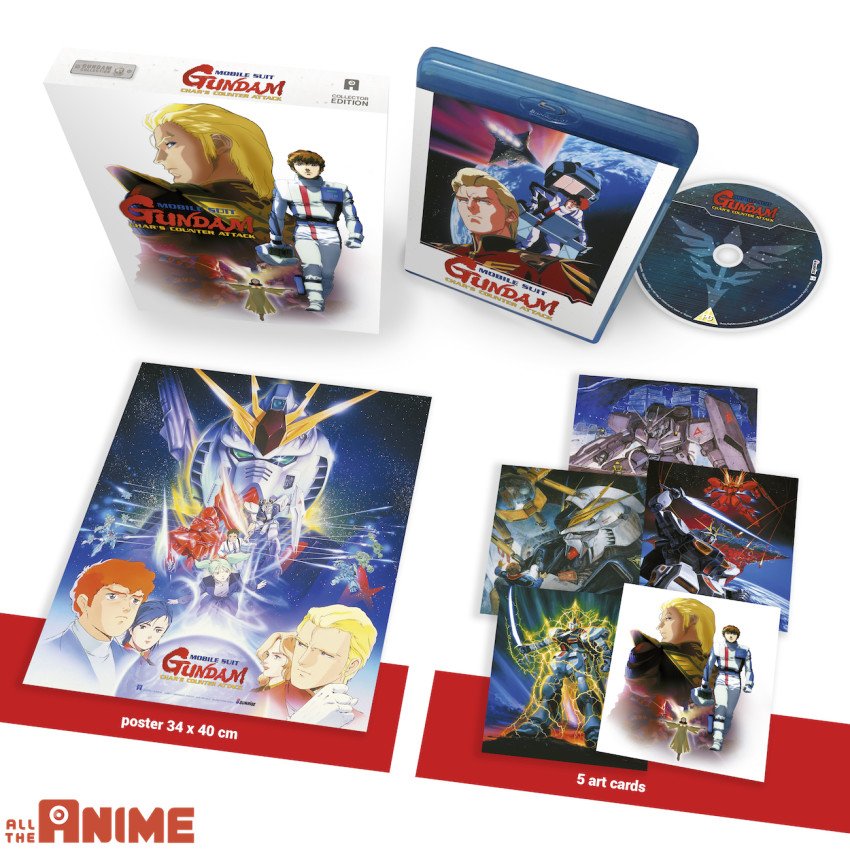 Char’s Counterattack will be available as a collector’s edition Blu-ray set. The set will match the other Gundam UK boxsets and will include an Amaray case, a poster measuring at 34cm x 40 cm, and a couple of art cards. Both the English dub and original Japanese audio with English subtitles will be included in this release. SRP for the set is £34.99.

Also now available to pre-order through Shop AllTheAnime is the standard edition release of Mobile Suit Gundam ’79 Movie Trilogy. The movie trilogy compiles the events of the 43 episode series into three films with some adjustments made to the story. It was first released as a collector’s edition Blu-ray set exclusively through Shop AllTheAnime and has since sold out. 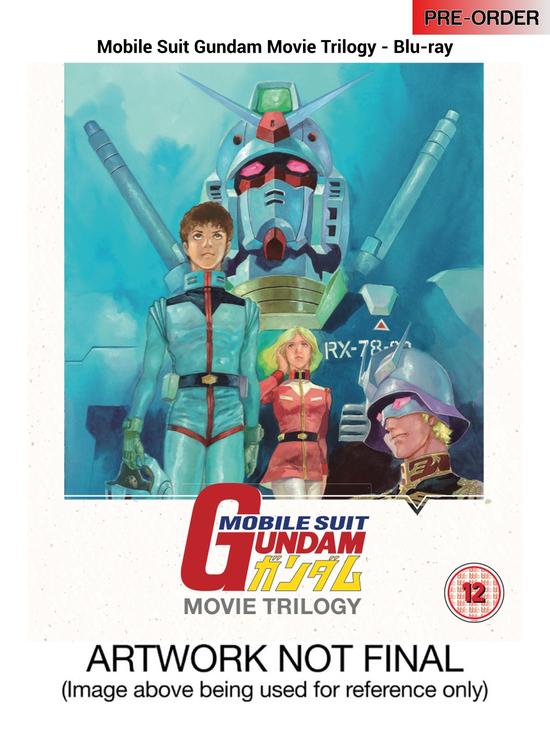 Now it will be available in print once again with a release date also set for 26th July 2019, and this time across multiple retailers. SRP will be £34.99 and the audio options are Japanese audio with English subtitles, featuring both the original Mono 2.0 audio and the Special Edition 5.1 audio. 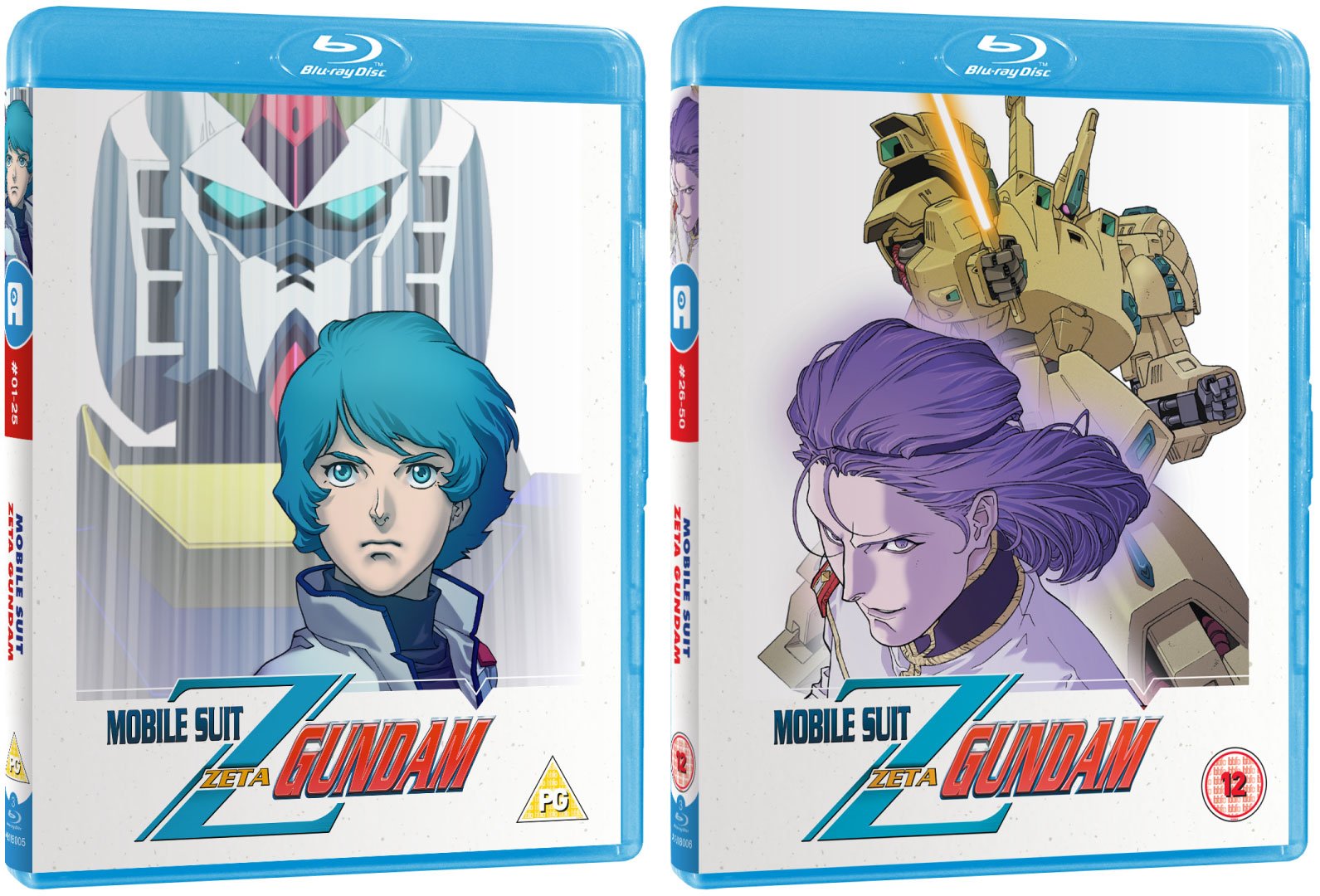 Zeta Gundam Part 1 will be available once again on 29th July 2019 with Part 2 scheduled sometime in late August to early September, though the date is not final. Audio options are English & Japanese with English subtitles. Part 1 is also available for pre-order right now on Shop AllTheAnime.

Gundam Thunderbolt: December Sky will be available next with a date set for 12th August 2019. Audio options are English & Japanese with English subtitles.

Gundam Origin: Chronicles of Char and Sayla, which covers OVA episodes 1-4, will be available sometime this September, but the date may change over time. Audio options are English & Japanese with English subtitles. 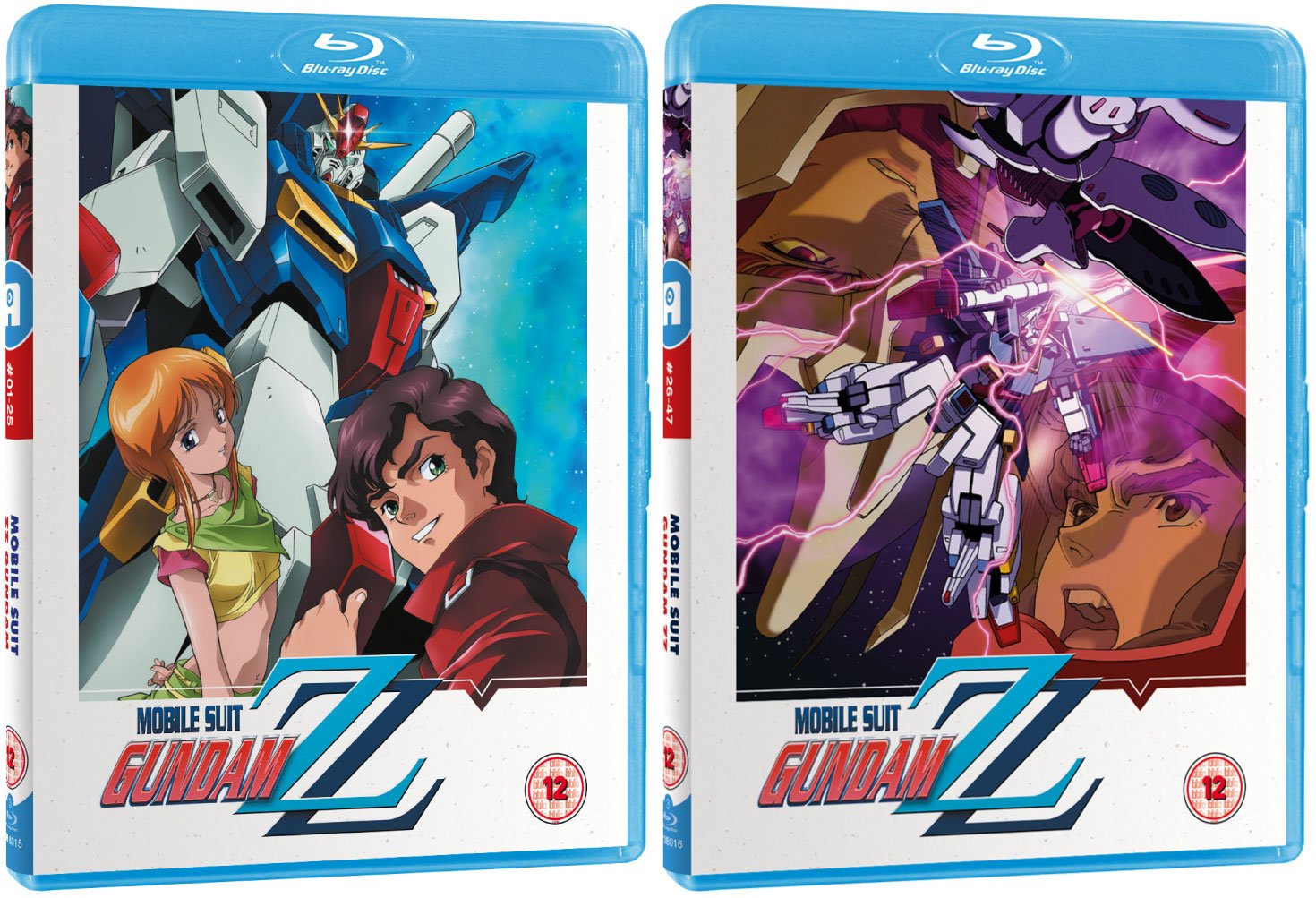 Then finally, Gundam ZZ Part 1 is scheduled for late September, with Part 2 not long after sometime in October/November, once again they clarify that the date is not final. Audio options are Japanese with English subtitles.

Starting with Mobile Suit Gundam Thunderbolt: Bandit Flower, the artwork is currently under approvals so they have yet to reveal it, but they did specify that it will come packaged in a rigid box with an Amaray Blu-ray case, an A3 sized poster and a couple of art cards. The release date is currently estimated to be late August to early September. Like December Sky, it is expected to be SRP £34.99 and will include both English & Japanese audio with English subtitles. 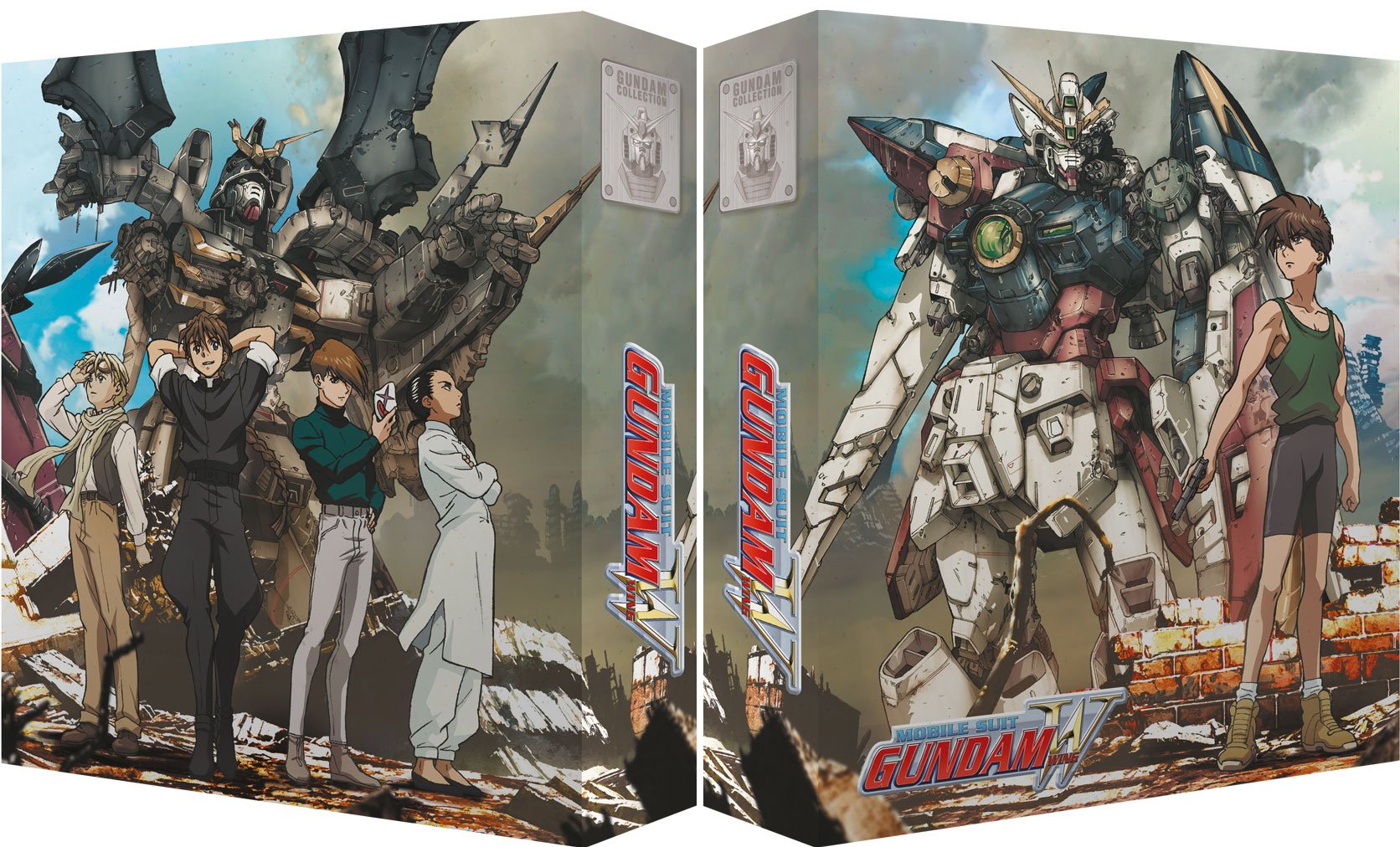 Anime Limited have confirmed that they are still planning on releasing the Deluxe Edition set for Gundam Wing later in the year and wanted to get the franchise out there first for those who did not want to wait too long.

And that is it for the latest news and updates on the Mobile Suit Gundam franchise. A lot of exciting news to cover the remainder of 2019 for Gundam fans. 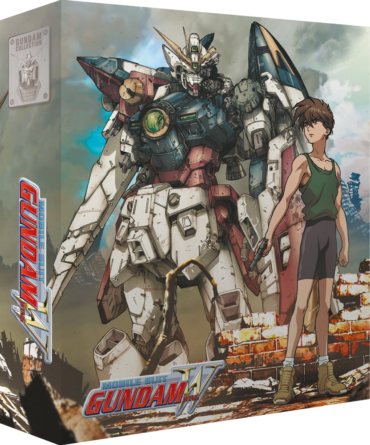 The next Gundam has been revealed in Odaiba

The next Gundam has been revealed in Odaiba. No, it’s not about a new film or series of Gundam, but about the “real” life sized Gundam that was built in Japan. The Tokyo Gundam project has launched and their first Gundam is now open to the public. But the special thing about giant robot is … Continued