Having just reviewed the finale of the “Universal Century” arc of the original Mobile Suit Gundam, I find the Gundam Wing series takes a bit of getting used to. While certain things like an entirely new cast of characters is to be expected, at first it seems that the roles of good and bad have been reversed: with the forces of Earth being the baddies and the colonists in space the goodies. However, it’s not so clear cut.

Set in the year “After Colony 175”, in this version of the Gundam story the nations of Earth have joined together to form the United Earth Sphere Alliance, whose military might oppresses those of its space colonies that want independence from Earth. 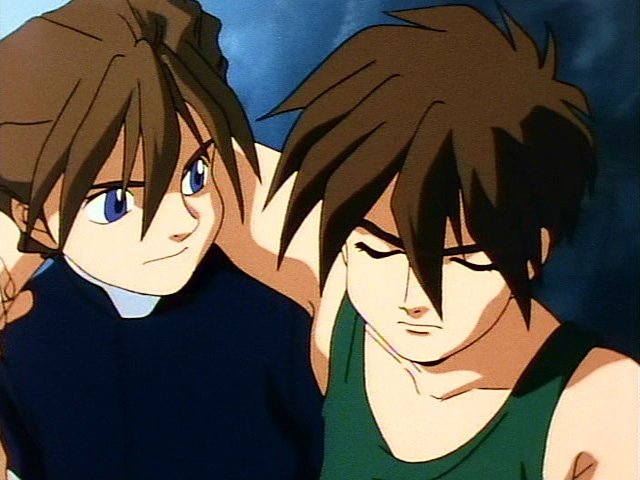 In order to achieve independence, one organisation based in the colonies launches “Operation Meteor”, sending five teenage pilots in Gundam suits to Earth. Each pilot is operating independently  and is not aware of the others’ existence at first. These five pilots are Heero Yuy, a seemingly emotionless guy who is still deeply devoted to his cause of freeing the colonies; Duo Maxwell, who is the first to ally himself with Hero and who controls a Gundam wielding a scythe; Trowa Barton, who pilots a Gundam with a large machine gun and who disguises himself on Earth as a circus performer; Quatre Winner, the kindly heir to a mining company whose “Sandrock” Gundam wields dual swords; and Chang Wufei, a pilot of Chinese descent who controls a Gundam which has a fist in the shape of a dragon’s head.

When Heero lands on Earth, he soon enters battles against a masked soldier named Zechs Merquise, who comes from a mysterious organisation called OZ – an organisation that is trying to take over the world’s military and gain power across both Earth and the colonies. Heero ends up crashing in the ocean, with him washing up on the beach and being found by a girl, Relena Darlian. When she tries to help, Heero attacks her and flees. He later joins the same school as Relena and threatens to kill  her. Heero then attempts to destroy his sunken Gundam, but is stopped by Duo, who in the end helps Heero get his Gundam back. 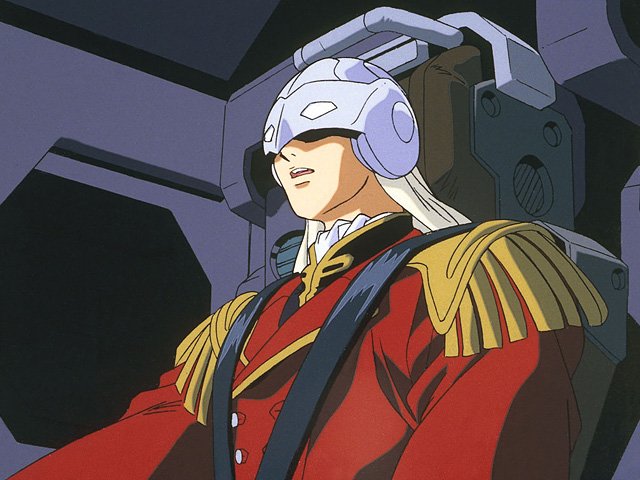 As the story progresses, the five Gundam pilots unite and attempt to kill senior members of OZ. In the end, OZ tricks them into killing the Earth Alliance’s pacifist leaders, resulting in OZ becoming the main ruling power and making the Gundams* look like the enemy in the eyes of the public. Soon even the colonies begin to side with OZ, but the five pilots continue to stand by their cause and target OZ more. However, things become still more complicated when it is discovered that Relena and Zechs both have a connection that drags them increasingly against the side of OZ.

In this rather long collection there are certain elements that can be seen to connect the original Gundam and the new Gundam Wing. One of these is the character of Zechs, who appears to be this show’s version of Char Aznable, in that he fights wearing a mask over his eyes and while appearing to fight alongside the antagonists has his own secret agenda. His relationship with Relena also has similarities between that of Char and Sayla Mass in the original Gundam.

You could argue that this shows a lack of imagination. Another sign of this is the names of the five Gundam pilots. It feels as if someone in the office asked: “What should we call the hero?” to which someone else replied: “Let’s just stick with that, but make sure to add an extra “e” to his name”. Then you get to the rest of the heroes. As they are introduced the second is “Duo”, the third is “Trowa”, the first syllable of which has similarities to “Tri” as in “Triangle”, the fourth is “Quatre” which is almost exactly “Quarter”(or ‘four’ in French Ed.) and the fifth is “Wufei”, with “Wu” being Mandarin for the number five. Forget naming the heroes, at this point the studio is just numbering them. 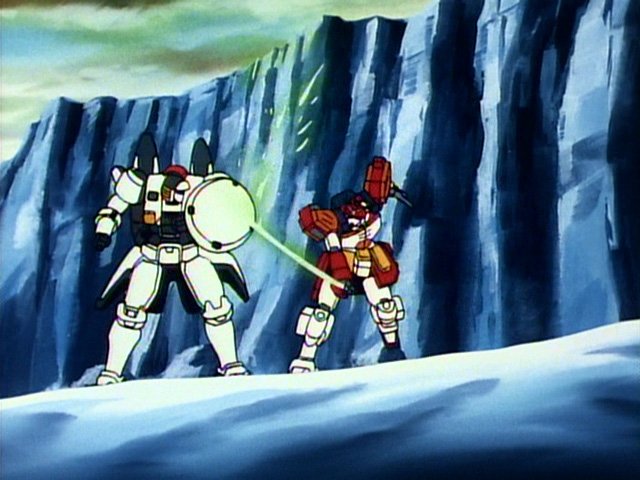 In the end, it feels like the action sequences are the main draw. At least they try to make all the Gundams different by giving them a range of weapons that don’t appear in the original series. Plus there is also a special suit operated by Zechs called the “Tallgeese” which adds to the tension.

While the series is often credited as being the show that helped to popularise the entire Gundam franchise in America (being one of the first to air in the USA and attracting more fans than perhaps the series did back in Japan) if, like me, you come to this from having watched the original Mobile Suit Gundam, it feels rather repetitive. The only thing that has yet to really come up from the original so far is Newtypes. Also, for a series that was considered popular among English-speakers, it seems odd that this collection is lacking in extras. Apart from the rigid case to allow to store Part 2, the only extras are textless opening and closing,

However, when you consider how weak in terms of originality Gundam Wing is, perhaps the best evidence is in terms of scheduling. The last episode in this collection was broadcast in Japan on 22nd September, 1995. Less than a fortnight later, on 4th October, 1995, another mecha series began. That series was Neon Genesis Evangelion, an anime that would become much more influential than Gundam Wing.

*I know there is some debate online as to whether the plural of “Gundam” is “Gundam” or “Gundams”. In the subtitles, they give it as “Gundams” which is what I have chosen to use here. However, personally I would have gone with “Gundem”, as in “man/men” and “woman/women”. 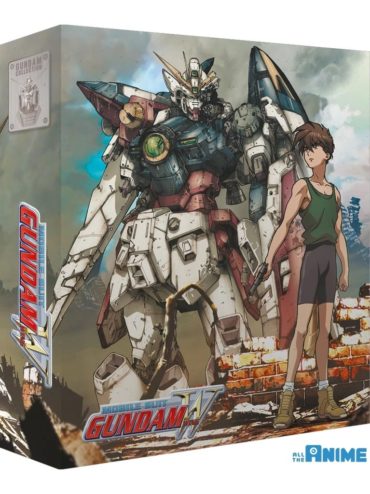