There is a lot to get through in this collection which sees the Gundam Wing series finally brought to a conclusion. However, one question worth asking is how much needed to be in this four-disc collection in the first place.

The first two discs in All the Anime’s release are actually not from Endless Waltz at all. The first two are the Operation Meteor OVAs, which are new to UK viewers. These tell the story of the original series from the perspective of the five Gundam pilots, with the episodes split between the odd-numbered pilots – Heero, Trowa and Wufei – and the even-numbered pilots – Duo and Quatre. Given that these OVA concern the original series, I fail to see why they weren’t included as extras with the TV series collections rather than with this set. These OVA also only come with the Japanese dub (no English dub was ever made), while the rest of the TV series also has an English dub. Thus, the first half of the collection is really only for the completists. 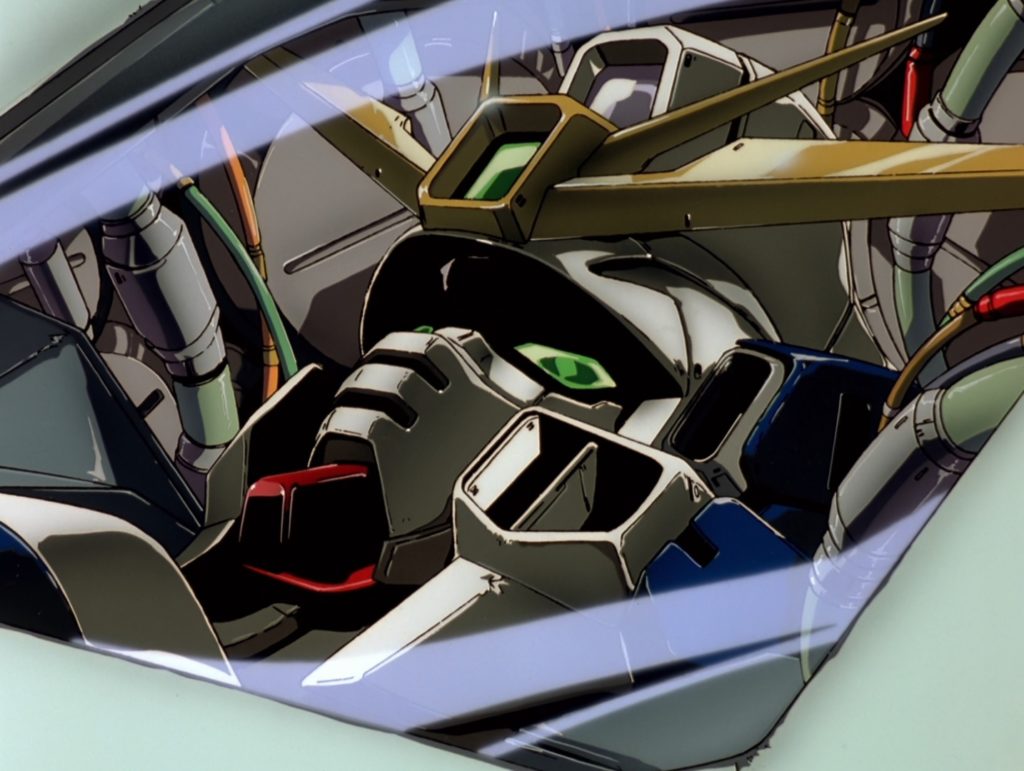 However, you could also argue that you only need one of the other two discs for this collection too. Disc 3 contains the actual Endless Waltz OVA. Disc 4 contains the film version of the OVAs, which has some slight differences, such as some extra scenes and different music, but there really isn’t much difference between the two, so it comes down to personal preference as to which you want to see. One small positive, however, is that unlike the first two discs, you are offered the choice between Japanese and English dubs.

As for the actual story, Endless Waltz takes place a year after the events of the TV series. Treize Khushrenada has died and his organisation OZ has gone. Both the Earth and its colonies are now united by one government, the Earth Sphere United Federation. Among the people involved in the ESUF is Relena, now Vice Foreign Minister, and many of the old soldiers that fought in the previous war are now in a new ESUF force called the Preventers. As for the Gundam pilots, all but one have decided that as the world has peace there is no need for the Gundams anymore, so they decide to destroy them by firing them into the Sun.

However, while visiting a space colony, Relena is drugged and kidnapped. This operation has been lead by Mariemaia, the illegitimate seven-year-old daughter of Treize, and leader of a new faction which plans to take over rule of the ESUN. In fact, Mariemaia is just a puppet leader, with the real person in control being her grandfather Dekim Barton. The plan is that if the ESUN don’t make Mariemaia leader, they will revive Operation Meteor – the plan to crash a colony into the Earth and cause a nuclear winter. To make things even worse, the one Gundam pilot not to destroy their mecha, Wufei, has joined Mariemaia’s side. Thus, the other pilots need to both infiltrate the operation and rescue their Gundams before they are destroyed in order to save the day. 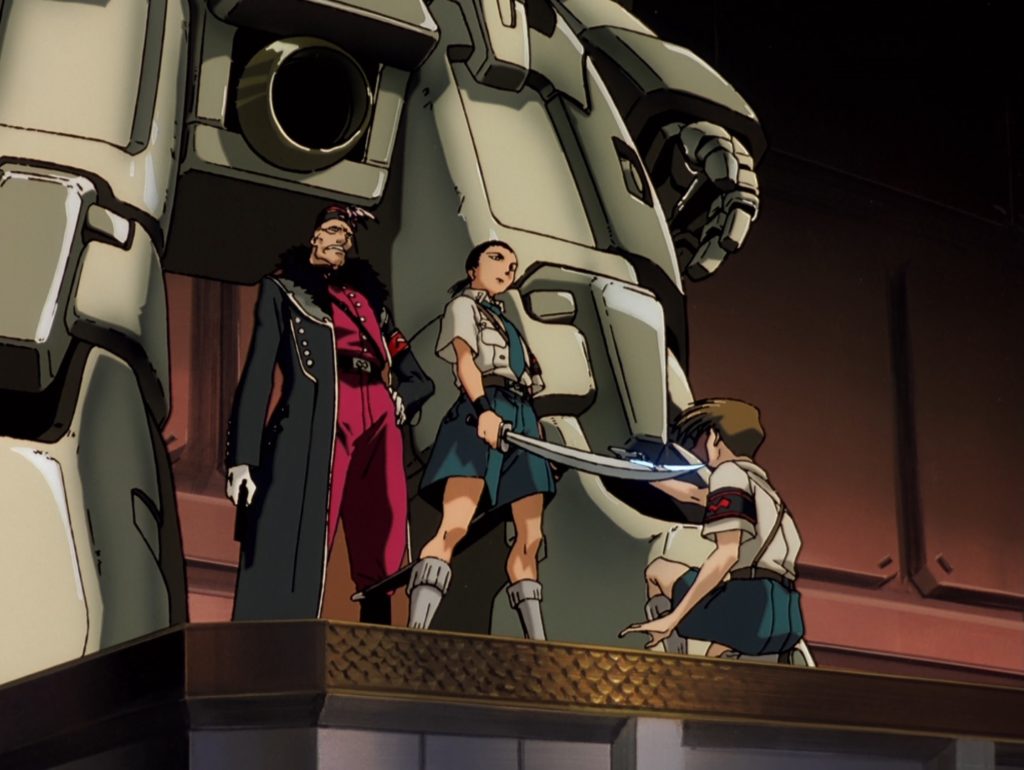 The OVA do stand out from the main TV series in at least one positive way – the quality of the animation. Having seen the OVA in comparison to the original, the animation here is crisper, cleaner and superbly designed. The opening scene, which features a large space battle, is gloriously acted out and looks so much better than the rather grainy appearance in the TV version.

The plot itself is also good and thrilling, with the combination of action from the battles and the intrigue as Wufei turns against his former friends. There are also good sequences involving Quatre in his mission to save the Gundam mecha before they are destroyed by the Sun. There are also some brief moments that show the pasts of the Gundam pilots, the best being a tragic moment when Heero blows up an enemy mobile suit base, but realises that he has also killed innocent lives in the process. Arguably you can also say that there are some clichéd elements in Endless Waltz, primarily the fact that Relena is a damsel-in-distress for just about all of these series. 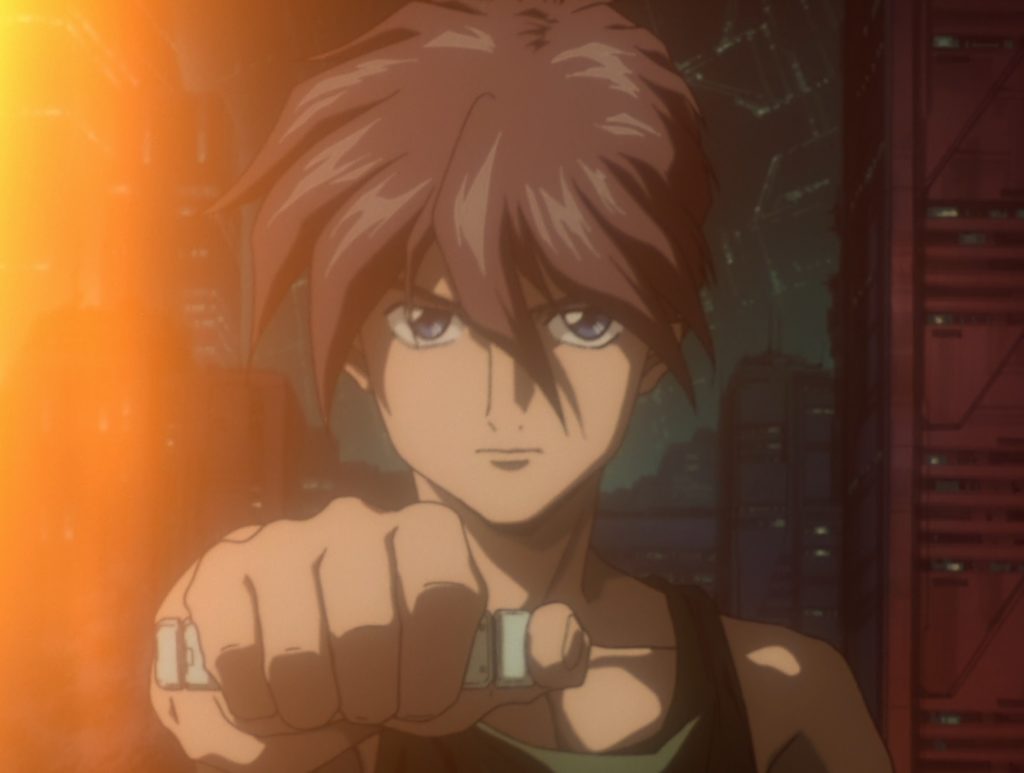 The basic story however is still a fairly good one, and makes for an entertaining 90 minutes, regardless of whether you go for the OVA or film versions. 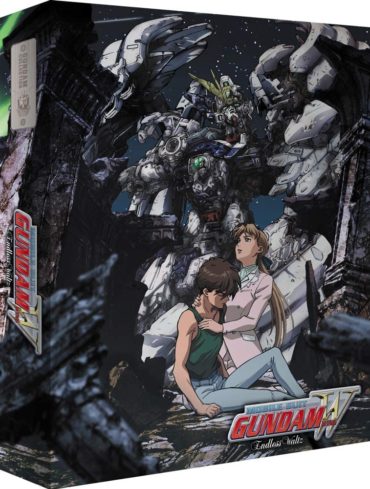