At the end of 2019, Kodansha began publishing the Tales of Berseria manga. Being a fan of the video game it’s based on, I was excited to see how the manga handled the story. Now I’m back to review the second volume and find out if it’s still a worthwhile adaption.

As we reunite with the cast, Velvet has her sights set on hunting down Artorius, who is in the capital city of Logres. Once there, she witnesses the title of Shephard (someone trusted with the safety of the people) being bestowed on Artorius. As Artorius killed her little brother, Velvet is overcome with murderous rage to see him be given such a title and vows to bring his life to an end

Before Velvet can rush into a herd of Exorcists and get herself killed, Eizen and Rokurou pull her aside and suggest visiting the Bloodwing Butterflies who are a shadow guild also looking down to bring down Artorius. The guild promises to help Velvet gain access to her foe, but first, she must complete three quests for them. This quests aren’t all easy and may mean harming innocent people, but blinded by her rage, Velvet accepts them all.

This volume of Tales of Berseria is a bit of a mixed bag. Although it’s very interesting for what it does to showcase Velvet’s mental state and for expanding on the stories of the cast around her, it’s also rushed. The three quests which took a fairly substantial amount of time in the games are cut together into a couple of pages each – at best.

It wouldn’t matter so much if it were not for the fact that these quests allow our cast to bond and become the tight-knit group we came to know in the video game. The last one also had substantial character development for Rokurou, diving into his past and why he’s what he is now. Losing all this is frustrating and leaves the manga feeling muddled.

Although I still enjoyed reading this book I couldn’t escape the feeling that it was rushing from one situation to the next to get to the end. It doesn’t spend enough time on anything to properly convey the emotions it’s trying to project.

This is a huge shame because the artwork is still quite good, with captivating full-page images and expressive characters. Having to speed through the content makes it hard to follow and scenes jump around a lot though, to the point where it’s not always easy to see how characters got from A to B. This is especially true of the fight scenes, where characters and perspectives can move fast and ultimately be confusing.

With the third and final volume on the horizon (due for release in April), it’ll be interesting to see if the series can pull everything together for the end. This entry might have been a mess, but the first book was good enough where I’m not prepared to let this one go just yet. It hasn’t done a great job at developing the side cast, but as long as it can do justice to Velvet’s story then I’ll be happy.

As previously mentioned, Tales of Berseria Volume 2 comes to the West thanks to Kodansha Comics and has been translated by Stephen Paul. The translation reads well with no issues to note. The release itself comes with some colour pages at the beginning, which are always nice to see.

Overall, this volume of Tales of Berseria is a disappointment. Rushing through the video game’s material leaves it confusing and with an underdeveloped cast of characters. Hopefully, the final volume proves a better read, but we’ll have to wait and see. 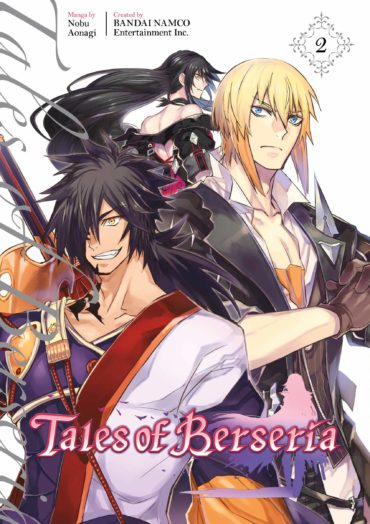 Overall, the first volume of Tales of Berseria is off to a solid start. This manga adaption is a great read for both newcomers to the story and those who enjoyed the original video game. Returning fans will especially enjoy seeing the cast in a whole new way.